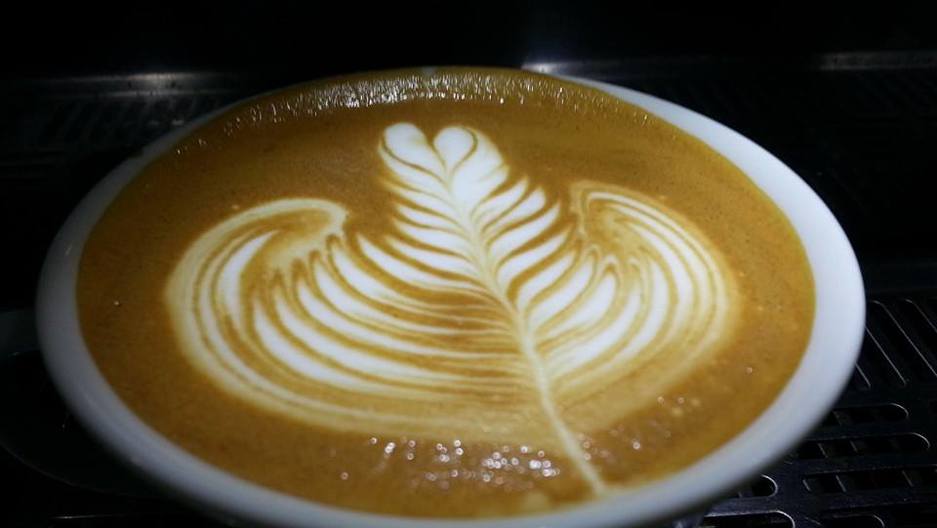 One of the strangest things about Brazil — the world’s largest producer, and second-largest consumer, of coffee — is just how hard it can be to find a decent cup of joe in this place.

Brazilians generally like their coffee strong and sweet. One visiting friend from the United States described a thimble-sized cup he bought at a local boteco, or small restaurant, as “jet fuel.”

But strength doesn’t necessarily beget flavor, and often even the espresso you order after a typically hearty lunch lacks depth and richness.

Connoisseurs say the inferior blends here have to do with Brazil’s history as a coffee exporter. Producers have traditionally exported their best beans to Europe, the United States and elsewhere, leaving lower-grade beans for the domestic — and less lucrative — market.

So it was with some skepticism, when searching for a lunch spot recently in downtown Rio, that I found myself heading toward Curto Café. A food app listed it as the second-best place to eat (not just drink coffee) out of more than 13,000 options in the city. The coffee must be pretty damned fine for the place to have exclusively Very Good and Good reviews, I thought.

Curto Café is no traditional coffee shop. It’s on the second floor of a rather dingy ’80s-era shopping mall. There are no comfy armchairs or couches. Nobody is working on a laptop or having an intimate conversation. Rather, this café consists of a long bar with some shiny red Italian espresso machines on top. Under luminescent lighting are long lines of sharply dressed businesspeople and hipsters.

And something else is immediately obvious: There are no cashiers. No cash registers. No computers to ring up bills and no credit card machines. Instead, there is just a bowl, into which people drop cash and coins.

It turns out there may be another reason why Curto Café is so popular: There are no fixed prices. You can literally pay whatever you like for one of three products: an espresso, a cappuccino or a half-pound bag of coffee beans. 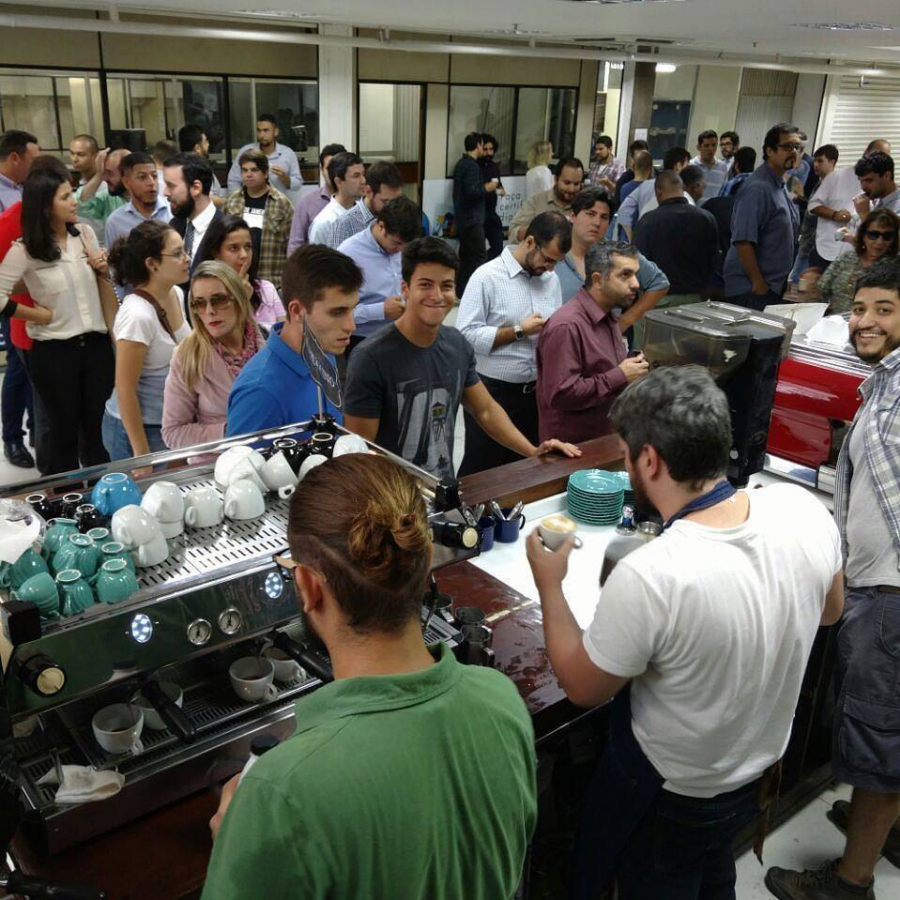 Patrons are expected to abide by the honor system for payment. A chalkboard at one side of the bar lists a range of “sustainable prices.” These include the equivalent of about $1 for an espresso or $2.50 for a cappuccino. But this is just a guide, as Curto Café owner Romulo Martinez explains.

“The concept is based on sustainable contributions. We don’t set fixed prices here. We find coffee, special coffee that comes from the small regions, small producers,” he says. “We deal direct with the small producers. We pay them direct, in a fair-trading system. And we have fresh coffee arriving in our store weekly, like 200 kilos [440 pounds] arriving weekly.”

Martinez said there might be the occasional customer who takes advantage of the café’s honor system — leaving less than the suggested amount. But overall, he says, the business does pretty well, despite Brazil’s cratering economy.

“We do make a lot of money, yes,” he says. “I know that we [Brazilians] are in a moment of crisis, economical crisis, and we can manage it somehow. You can give me less today, and more tomorrow.”

On the day I visit, I join the line for espressos. I collect my beverage and drop a 10-real note (worth about $3 — twice the suggested price — but all I have in change) in the bowl at the end of the counter.

Then I take a sip, expecting the bitter acridity of a typical Brazilian espresso.

What I get instead is a silky smooth, rich and nutty coffee. It’s a layered, warming sip that’s reminiscent of the best espressos I’ve had in Italy or New York. It is extraordinarily good, and well worth the three bucks.

Unlike the typical, big-brand coffees, Martinez explains, he and his partners buy the good stuff, grown in Espíritu Santo, a state in southeastern Brazil. Because of the café popularity, they can still turn a healthy profit despite focusing on quality and their unconventional pricing system.

Curto Café, a play on the Portuguese name for espresso literally meaning “short coffee,” isn’t the first coffee shop in the world to try out the honor system. A couple of years ago, The Vault in North Dakota tried the same experiment. They reported profits of 15 percent more than the asking prices.

However, that café’s owner told the Associated Press it was successful because the business was running in the tiny community of Valley City, home to just 6,700 people, where most folks know each other.

By contrast, Rio’s population is estimated at more than 6 million. The city typically has more than 100,000 robberies every year — almost 15 for each one of Valley City’s inhabitants.

Explaining the honor system after I’ve enjoyed my espresso, Martinez says it’s perfectly fine to take some change out of the bowl if you only have a larger note.

For a moment, I consider taking back a few coins.

But then, I figure, I will probably be back for more, and those 10 reals I paid are a credit in the coffee bank.