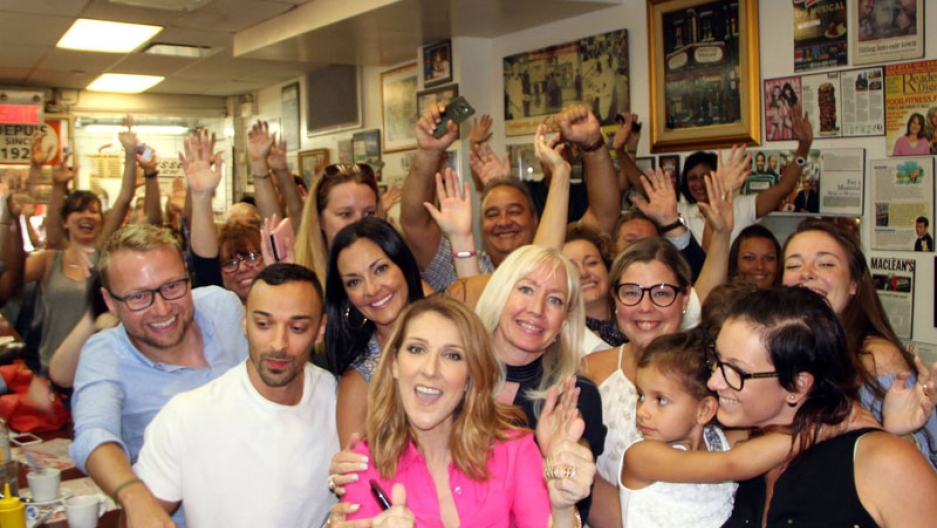 Celine Dion became a part owner of Schwartz's of Montreal in 2012.

On a chilly Sunday morning in Montreal, Boulevard Saint-Laurent is all but deserted — an unusual status for the strip of sidewalk outside Schwartz’s.

“I come by here and there's always a line,” says a native Montrealer to Gene Magee, a first-timer from Florida.

“I love to eat and I love to eat local and I was told by a friend from Montreal that Schwartz is the way to go,” Magee says. 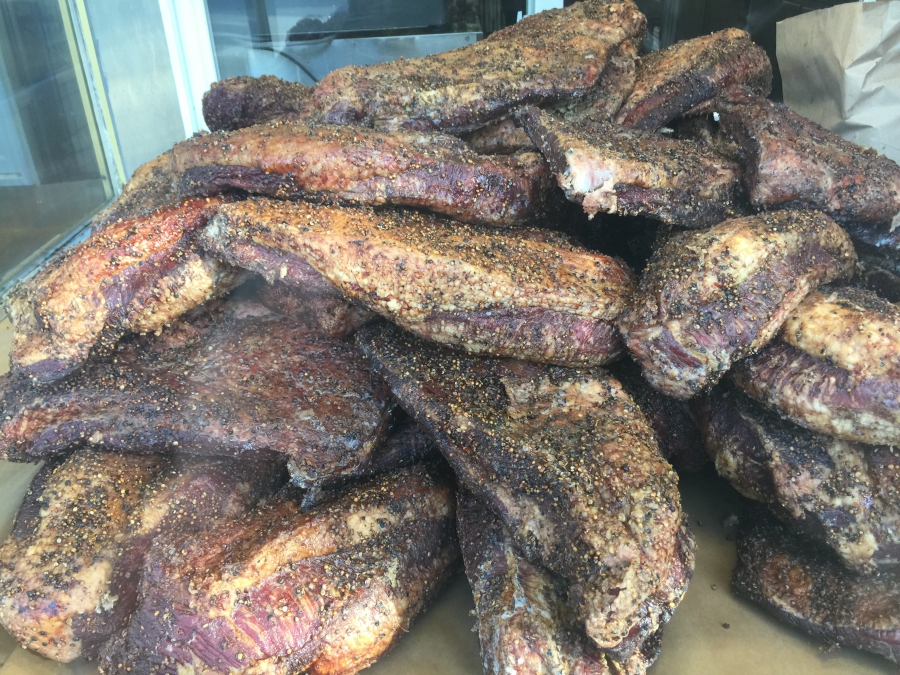 A plateful of Schwartz's smoked meat.

While he waits, Magee learns something else about Schwartz’s. That Celine Dion is one of the owners here.

So how did the French-Canadian pop diva become the custodian of Montreal’s premier Jewish culinary institution? That’s the question I’ve come to ask Frank Silva, Schwartz’s general manager, who was brought into the business by his father back in 1982.

Schwartz’s was founded in 1928 by Reuben Schwartz, a Jewish Romanian immigrant who started off as a delivery guy for other local delis. Silva says one day Schwartz realized “what he was delivering was inferior to what he knew from back home. So he figured he could do something better.”

Unfortunately, the Depression was just getting under way. Schwartz had to do whatever he could to stay in business, which meant making his Jewish deli a lot less Jewish.

“He started saying, forget about being kosher, we've got to start to make some money,” Silva says. He adds that they’re no longer certified kosher, but they keep it “kosher style.” 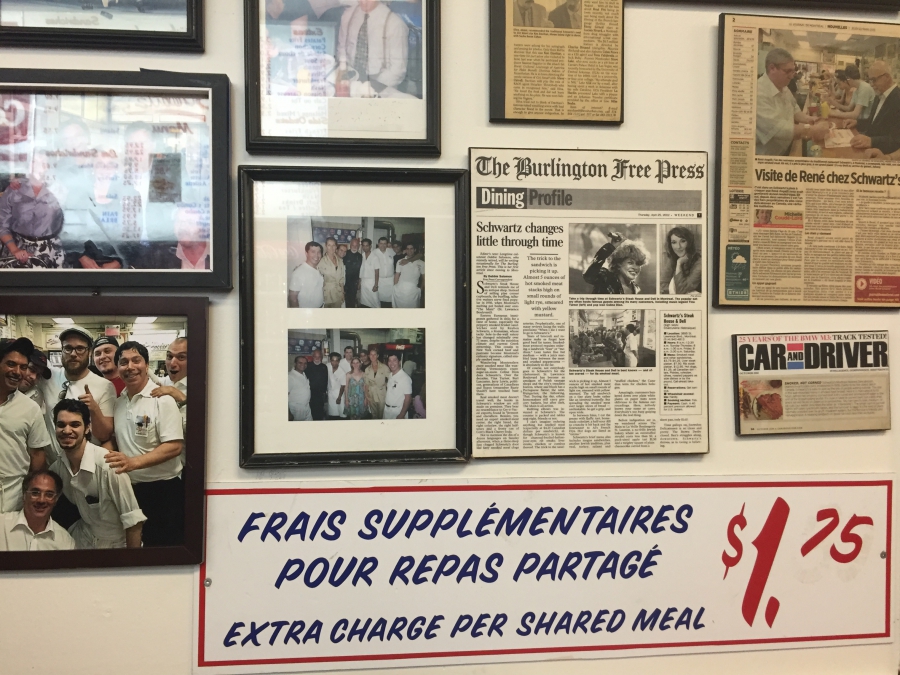 On the wall at Schwartz's of Montreal

Schwartz was the first and last owner to work behind the counter at the deli. After his death, ownership passed to a partner, and then on to another one and another one, until four years ago when late restaurateur Paul Nakis heard Schwartz’s was for sale. That’s when Celine Dion came into the picture.

“Mr. Nackis thought that was ideal, bringing Celine Dion to an institution in Montreal. She's part of Montreal, part of Quebec and Canada, so [it] only made sense,” Silva says.

Another reason it made sense? Back in the early '90s, Celine Dion was one of the original founders of Quebec’s largest smoked meat outfit, the Nickels diner chain. Maybe this whole singing thing was just a way to fund her true passion for brisket? Still, despite her smokehouse bonafides, you have to wonder: Did any of the old-school Jewish customers feel a tinge having a Catholic pop star part owner of this important part of their heritage?

Silva says they did at first, but they realized it’s the staff, not the owners, that make the place. “We run the show and as long as the line is around the block, they let us do our jobs. So nothing's changed,” he says.

Maybe, but an era is ending for many Jewish delis in North America. Two classic examples: Billy’s and Solley’s closed in Los Angeles last year, and the Carnegie Deli in New York closes its door on December 31.

“Even in Montreal, many have closed,” says Silva. “To have a great deli, it takes time. It takes 10 days to marinate our meat. It's a big production,” he adds. Not that many other places are willing to do it.

Still, not every famous Montrealer is a fan of the old ways. A couple of years ago, Huffington Post Canada revealed that Justin Trudeau, now Canada’s prime minister, advised visitors to forgo Schwartz’s in favor of the meat across the street at Main Deli.

“If some people prefer that, that's fine,” says Silva. “Different tastes for different folks. But what he has across the street he can have at any other deli across the city because it's just generic. ... But if he likes that, that’s OK.”

It’s pretty much the same view Frank holds of vegetarians like me: Fine, if you prefer leading a sad, stilted life. However: “We have cole slaw. It's phenomenal,” Silva says.

And the bread’s made fresh daily.

When I joke that I might just order a bread sandwich without the meat, he says, "You wouldn't be the first."