Founder and CEO of 99Degrees Brenna Schneider started her clothing company in Lawrence, Massachusetts, with $7,500 in seed capital. Today, she has about 50 employees and dozens of customers.

The first thing you notice when you arrive in Lawrence, Massachusetts, are the mills — picturesque five- and six-story red brick buildings that stretch into the distance along the Merrimack River.

A century ago, Lawrence was a world center for textile manufacturing. But “by the time 1990 was here, there were really no sewing jobs,” says the mayor of Lawrence, Daniel Rivera. He knows firsthand: His mom was a seamstress here in the 1980s, but then had to leave Massachusetts to find work.

Rivera’s family story is not unique. Last century, hundreds of thousands of textile jobs went abroad to lower-wage countries like Vietnam, Bangladesh and China, where labor is far cheaper. New England's textile jobs may have vanished, but the city of Lawrence didn’t tear down its vacant mills.

“And we’re blessed that we didn’t because we have really good buildings, really good bones and they’re still standing,” says Rivera.

Brenna Schneider is now renting a floor in a small wing of the Everett Mill, built in 1909, to house her new clothing manufacturing company, 99Degrees. “This mill, in particular, is significant because it was the largest cotton mill in the world in 1909,” she says. In 1912, the Lawrence mill was also the site of the Bread and Roses Strike, which helped fuel the labor rights movement in the United States. 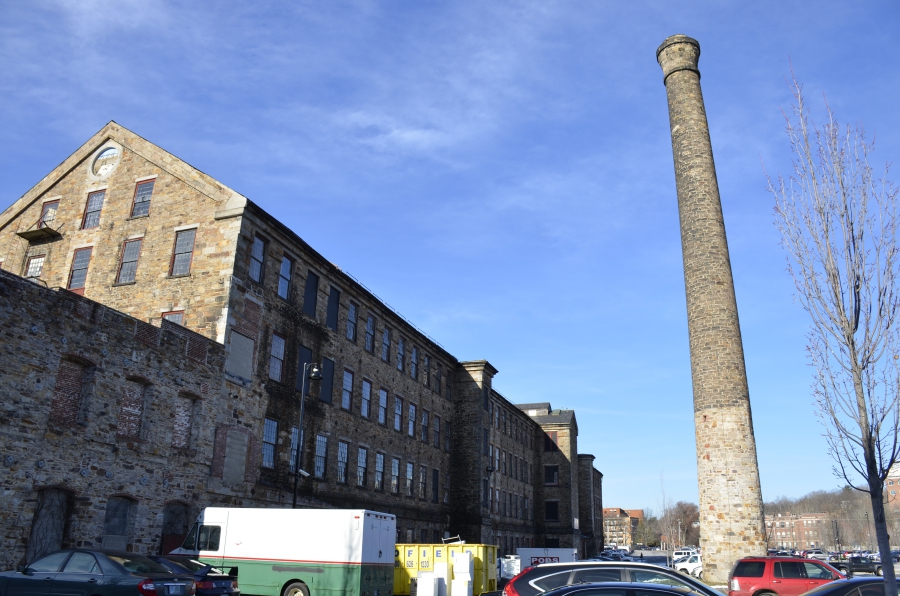 The Everett Stone Mill was built in the 1840s. Additional buildings would be added to the mill complex over the next 60 years.

Three years ago, Schneider had $7,500 to get started, and “with that seed money, I launched with two sewing machines.”

Today, she has 50 employees, dozens of customers and some really cool, 21st-century sewing machines. She pulls a cloth scrap out of production and holds it up. “So, see this gray seam? That seam is actually ultrasonic welded. So, it’s not sewn, there’s no needle and thread that connects the seam.”

The seam is then reinforced with a special tape, produced by the Massachusetts-based company, Bemis. Schneider says the seams in her clothes are less abrasive and can stretch more. And the quiet, high-tech machines reduce the number of workers she needs.

Schneider does still employ plenty of people sitting at traditional sewing machines, as well, and others working with scissors. But thanks to the latest machinery, her overall workforce is smaller and nimbler — and labor costs are less of a factor for her business model.

The new Massachusetts sporting apparel company NoBull calculated the cost of doing business in a place like Bangladesh versus Lawrence when deciding where to manufacture its shorts, sports bras and T-shirts; It chose to stay local, and went with 99Degrees to manufacture its products.

“Literally, we were up there [in Lawrence] yesterday working on development, taking a look at production. And it was an hour-and-15-minute drive,” says Marcus Wilson, a founder of NoBull. “Developing products or producing products in Asia, there’s a lot of time that’s spent with product just going back and forth for review. And here, it’s just a really quick process that moves very, very fast.”

So, for example, if red stretch pants in size medium are hot this week, Wilson can get more to the store shelves quickly.

“We’re a rapidly growing startup and speed to market is critical for us,” says Wilson. 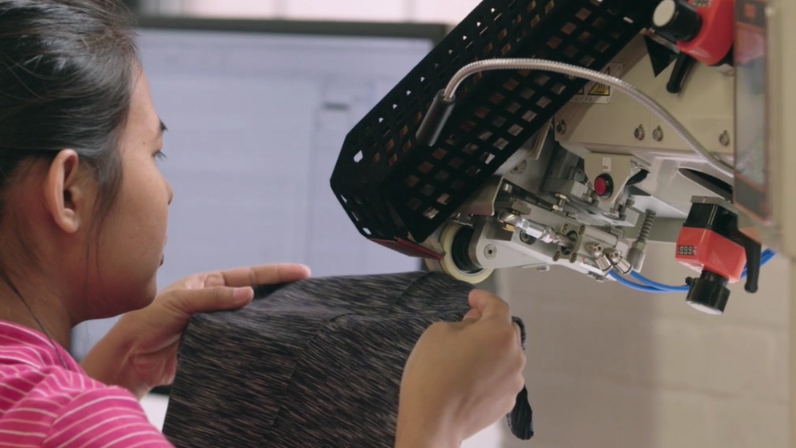 Bringing back jobs to an old textile center

Folks at MIT were so impressed with 99Degrees’ business model that they awarded the startup the grand prize from the university’s Inclusive Innovation Challenge. That came along with $125,000.

“The purpose of the Inclusive Innovation Challenge is to recognize and reward and encourage companies and individuals that are using technology to create more broadly shared prosperity. In other words, create wealth for the many, not just the few,” says Erik Brynjolfsson, a professor at the MIT Sloan School of Management, which oversees the challenge.

In the case of 99Degrees, high-tech sewing machines are bringing back jobs to an old textile center. But is there an irony in all of this? Technology is creating jobs by eliminating others. Now, few can do the work of many.

Brynjolfsson says this question was also addressed 200 years ago in England.

Brynjolfsson says we shouldn’t try to smash the machines. But we do also need to recognize the legitimate concerns of people who have lost jobs because of technology.

“And it’s not enough to simply say, ‘Oh well, that’s the way it goes.’ Instead, we have to take a proactive approach where we reinvent how the technology is used, so that instead of simply automating and eliminating jobs, we can take those technologies to create new higher-wage, higher-benefit jobs.”

Right now, most of Brenna Schneider’s employees make about $12 an hour sewing clothes. But, they also learn how to operate the high-tech machines, and with higher skills come higher wages.

But Schneider doesn’t call herself a "social entrepreneur."

“I think sometimes that term, it sounds a little soft. We’re focused on building a future factory, right? And we’re focused on infusing that future factory with technologies in order to pay people more. My personal motivation as an entrepreneur is good jobs and a scalable business. And that’s the impact I want to have.”

Schneider says if advanced automation allows her to create 250 higher-wage jobs as opposed to 1,000 lower-wage jobs, she votes for fewer jobs. 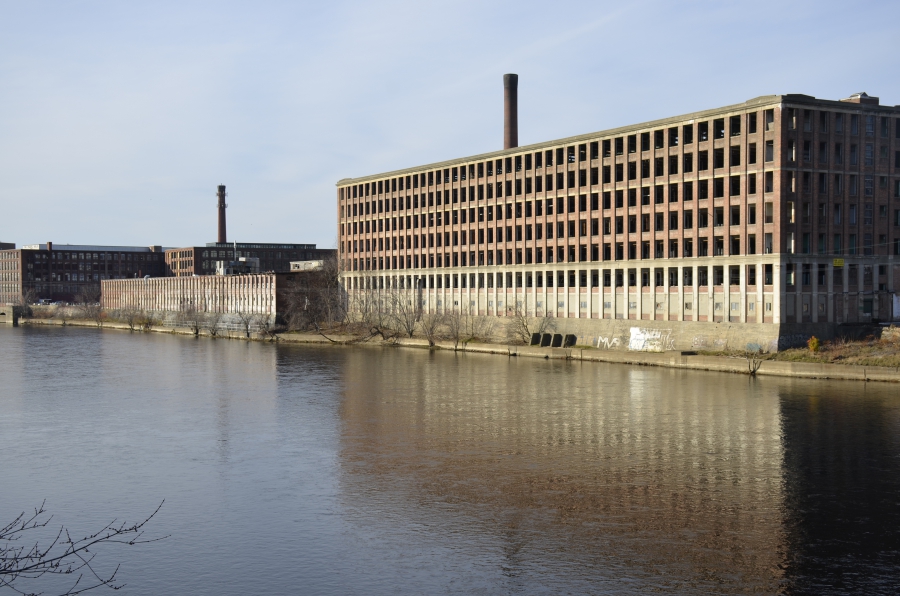 This is one of the many old textile mills that line the Merrimack River in Lawrence, Massachusetts.