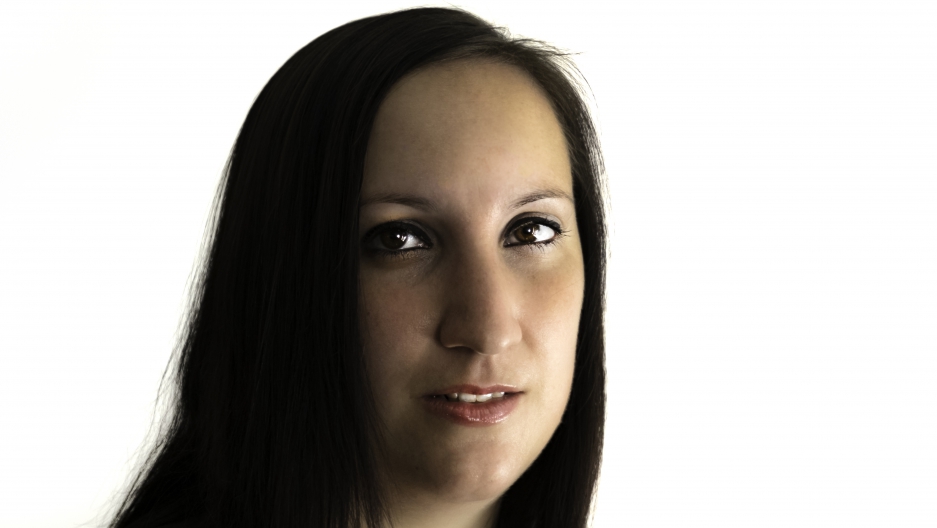 Laura Passoni took her four-year-old son to Syria in 2014 to join ISIS and realized quickly she'd made a terrible mistake. "From that moment I did everything to try to leave so that my son wouldn’t become a terrorist,” she says.

When three women were arrested recently in Paris for an attempted car bombing in the heart of the city, attention turned to female jihadists and the apparently growing number of Western women who sympathize with ISIS.

Laura Passoni is among at least 550 women known to have traveled to Syria and Iraq to join ISIS, according to a 2015 report from the Institute of Strategic Dialogue. More have gone since. However, not all women who join ISIS want to carry out attacks.

Passoni is Belgian, and says she was seduced by the terrorist group to move with her toddler to Syria. She lived there for nine months before escaping.

I met her in a hotel lobby in Brussels, a setting far from the life she had been living in Raqqa, ISIS’ de facto capital in Syria.

Passoni, 31, grew up in a Catholic family in the Belgian city of Charleroi. Her best friend was Muslim, and Passoni used to celebrate Islamic holidays with her family. Passoni says the more she learned about Islam, the more she wanted to be a part of it. She converted when she was 16.

She wasn’t exactly devout. She had a son with her long-time boyfriend, and when he abandoned them, she says she spiraled into depression and retreated into an extreme form of religion.

Passoni created a Facebook profile under a fake name and posted photos of burqa-clad women wielding Kalashnikovs. It made her feel strong after the breakup, she says. But it also attracted the attention of an ISIS recruiter.

“He played on my weaknesses. He told me that I could help the Syrian people, that I could be a nurse and be useful,” she says. “It was really important for me to restart my life from zero because I was so depressed.”

“Recruiters tell us that our families don’t understand us, but they understand us. And, unfortunately, we believe them.”

Passoni says the recruiter showed her romantic videos about life in Syria, and never the violent ones. She imagined jihadists as brave, loyal men who would take care of her and her son. So when a Tunisian man living in Belgium contacted Passoni on Facebook, she decided to marry him and take off for Syria.

It’s hard to believe someone could be blind to the brutality of ISIS and the hostile war zone Syria had become, even if this was before the declaration of ISIS’ so-called caliphate, before the execution of journalist James Foley, and before the Charlie Hebdo attacks in Paris.

But Passoni insists she didn’t know any better; she never read the news.

Once the family arrived in Syria, Passoni says she was confined to a communal women’s home with strict rules while her husband was sent to training. That’s when she began to realize she wouldn’t be helping Syrians like the recruiter promised her.

“I quickly opened my eyes that it was all a lie. I was just there to procreate for the Islamic State,” Passoni says. “Entering is easy. Leaving is not. From that moment I did everything to try to leave so that my son wouldn’t become a terrorist.”

Passoni says she tried to shield Nassim, but he no longer belonged just to her. Men would drop by unannounced to take him to the mosque. One day, her son returned with a teddy bear and a plastic knife and showed her how he’d been taught to behead the toy.

“Thankfully my son was only four,” she says, “because when boys are 12, they automatically go to fight.”

During all this time, Passoni says she was able to keep in touch with her family, and she told them how much she wanted to go home. Escaping became even more urgent when Passoni got pregnant and needed medical attention.

She failed on her first attempt to flee, but on her second try, she made it. Passoni, her son and her husband fled to the Turkish border where her parents were waiting on the other side.

Today, her husband is serving a four-year sentence in a Belgian prison for associating with a terrorist organization. Passoni was given a suspended sentence after judges determined she was sincere about not knowing the true nature of ISIS when she left for Syria.

She’s monitored by police and has to check in regularly with probation officers. She’s prohibited from leaving the country, using social media or communicating with anyone she knew in Syria. 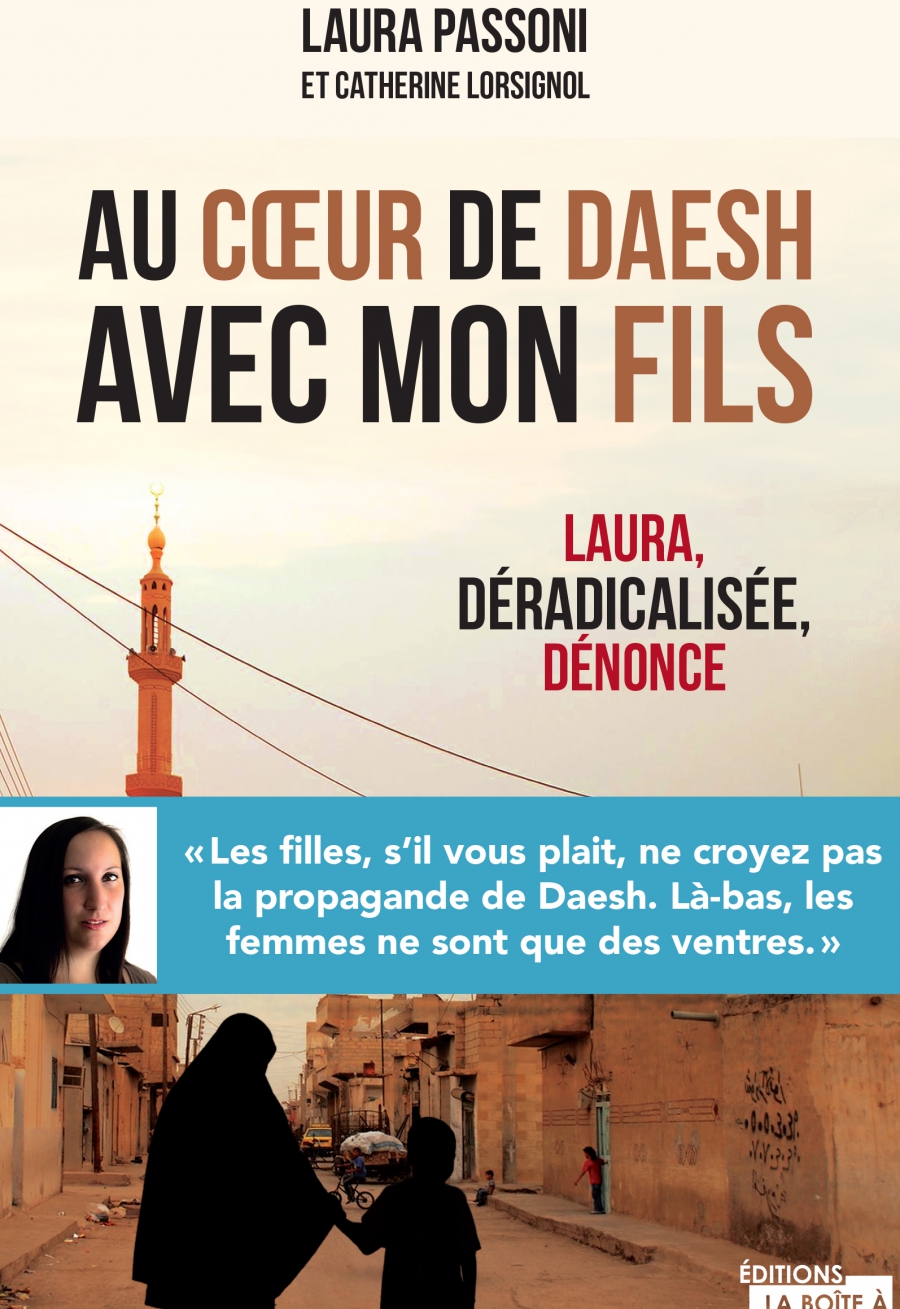 Passoni's memoir about her life with ISIS in Raqqa.

Passoni is also forbidden from speaking to her husband while he’s in prison. She says she doesn’t know if they will stay together when he gets out.

Passoni has written a memoir called “In the Heart of Daesh with My Son” (Daesh is an Arabic acronym for ISIS) and she’s begun speaking to kids at Belgian schools about her experience.

“I made a very bad mistake. I regret taking my son there,” she says. “I hope I can convince others not to go, to inform themselves, and above all to know that Islam is not this and that we can all live together.”

Catherine Lorsignol, a Belgian journalist and co-author of Passoni’s memoir, has followed Passoni’s story since meeting her parents while reporting on radicalization. Lorsignol was with Passoni’s parents at the Turkish border when she crossed over last year.

“This young woman is not the same one who came back, or the one who left,” Lorsignol says. “Today, she’s determined, brave and is taking a risk by talking.”

Still, in the eyes of many people here, Passoni is a terrorist sympathizer.

Even her son, now 6, is seen as a threat. Passoni says Nassim barely remembers Syria. At least he doesn’t talk about it if he does. But Nassim had to change schools because the parents of some of his classmates demanded that he leave.

Passoni is trying to move on with her life, but says it’s difficult to find work with a criminal record.

All she can do now, she says, is tell her story instead of hiding. Passoni says if she can help prevent one person from joining ISIS, then her experience will have had meaning.