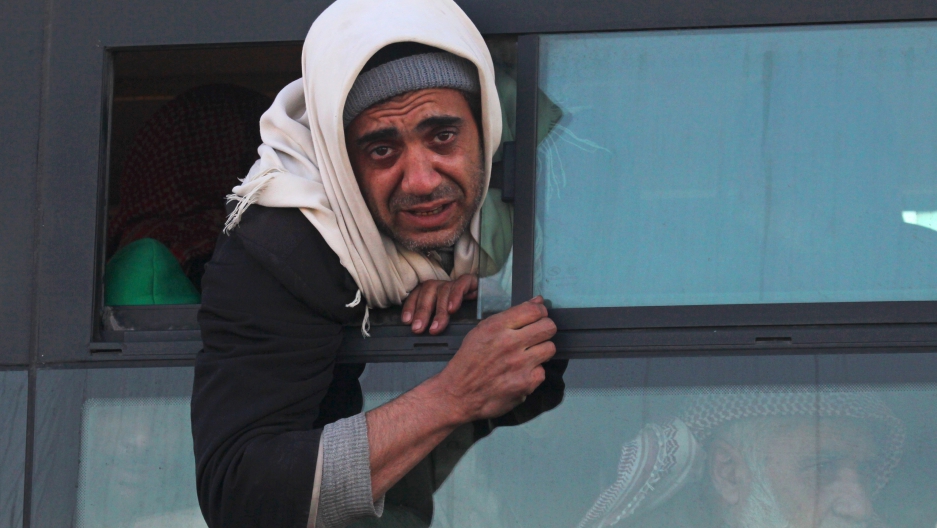 Evacuees from rebel-held east Aleppo arrive at the town of al-Rashideen, which is held by insurgents, just outside the city in Syria, Dec. 15, 2016.

Thousands of civilians and rebels left Aleppo on Thursday under an evacuation deal that will allow Syria's regime to take full control of the city after years of fighting.

The withdrawal began a month to the day after Syrian government forces launched a major offensive to retake all of Aleppo, and will hand the regime its biggest victory in more than five years of civil war.

In a video message to Syrians, President Bashar al-Assad described the emptying of Aleppo after weeks of brutal strikes a "liberation."

The BBC's Lyse Doucet was in Aleppo last week. From Beirut on Thursday, she told The World what she witnessed in Syria.

"In the driving rain, in the cold winter temperatures, old men hobbling on sticks, children coming in creaky prams, old women carrying the bundles of all the worldly goods that they still have left, leaving their homes — what's left of their homes — behind," Doucet said. "It is such a sad, sad commentary on how the people have suffered so terribly in this war — suffered at the hands of all sides in this war." 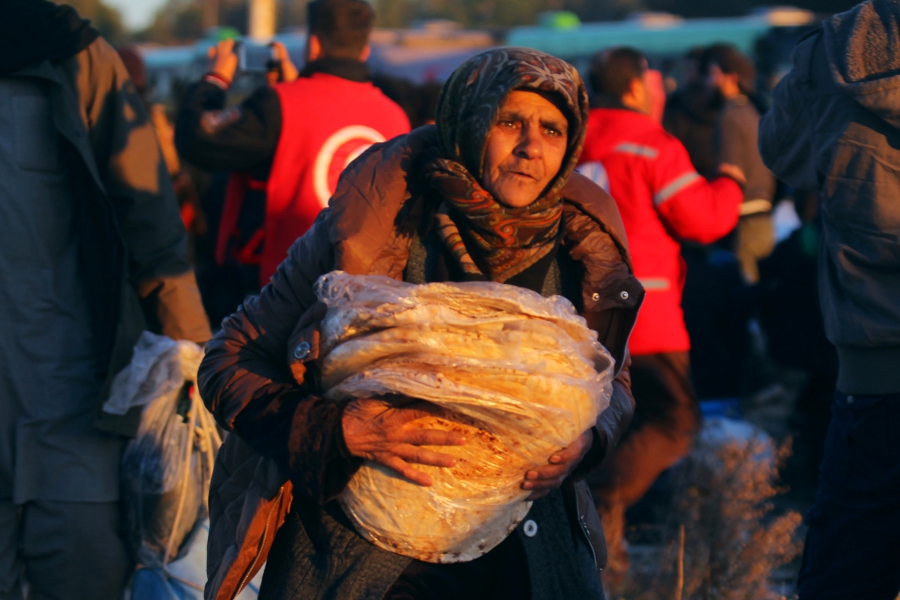 An evacuee from rebel-held east Aleppo carries bread upon her arrival with others at the town of al-Rashideen which is held by insurgents, in Syria on Dec. 15, 2016.

"This is very much a moment [the rebel fighters] don't want the world to see," Doucet says. "It is a surrender, and in some ways a very humiliating surrender." 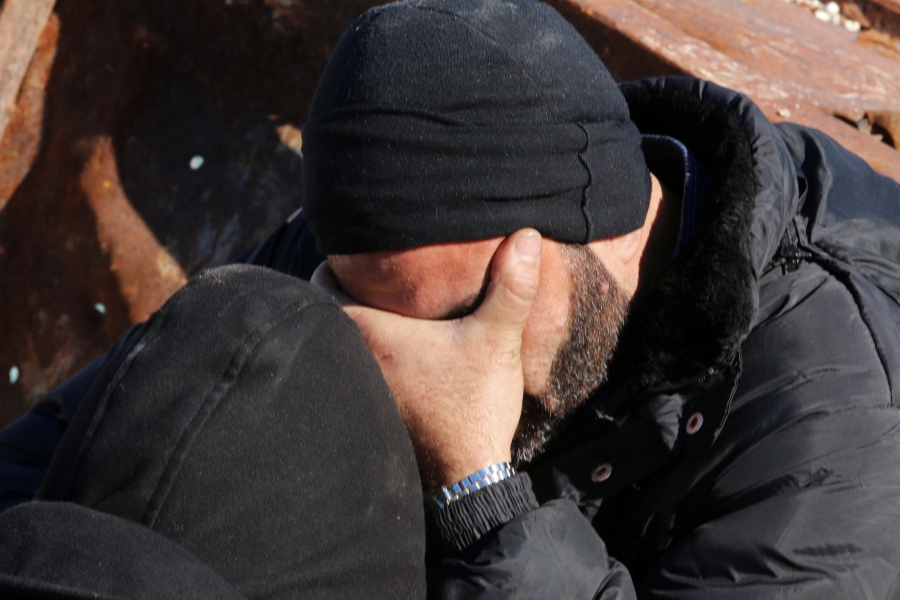 A man waits with others to be evacuated from a rebel-held sector of eastern Aleppo, Syria, on Dec. 15, 2016.

Although it's Assad who is claiming victory in the fall of Aleppo, Doucet says when the rebels first seized territory in July of 2012 in eastern Aleppo, "they believed that the world, that Western powers, the Arab states were behind them." 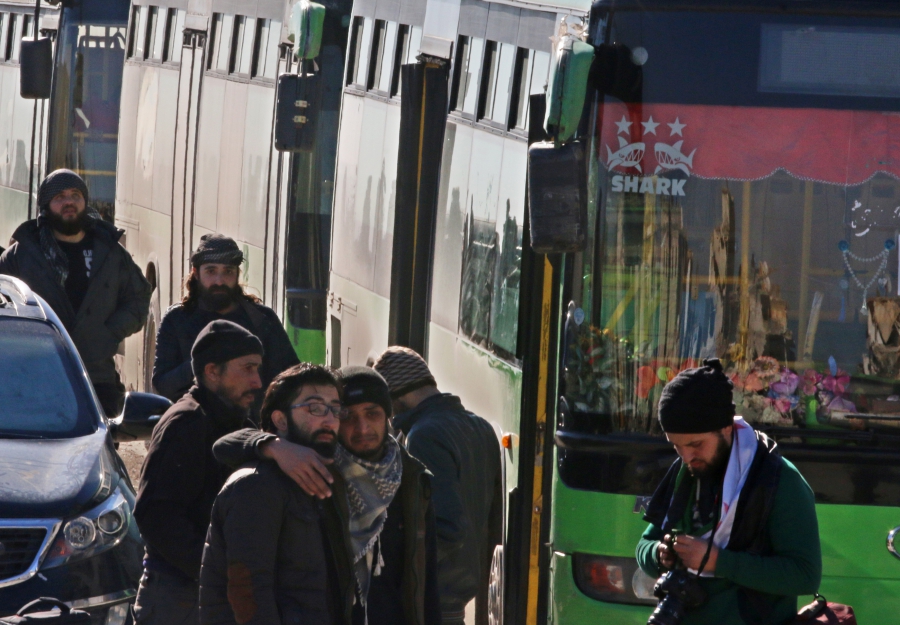 Men react as they stand outside buses evacuating people from a rebel-held sector of eastern Aleppo, Syria, on Dec. 15, 2016.

"In the midst of both the sadness and the celebration there is also profound relief — relief that the sounds of the bombardment, the shelling, the airstrikes will come to an end," Doucet says. "That Aleppo can look to the future." 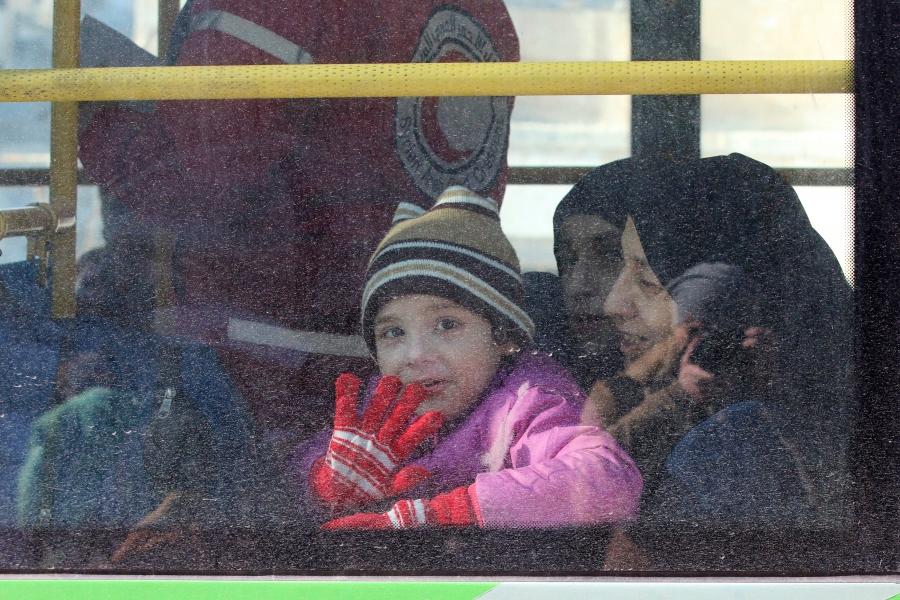 A child reacts from inside a bus evacuating people from a rebel-held sector of eastern Aleppo, Syria, on Dec. 15, 2016.