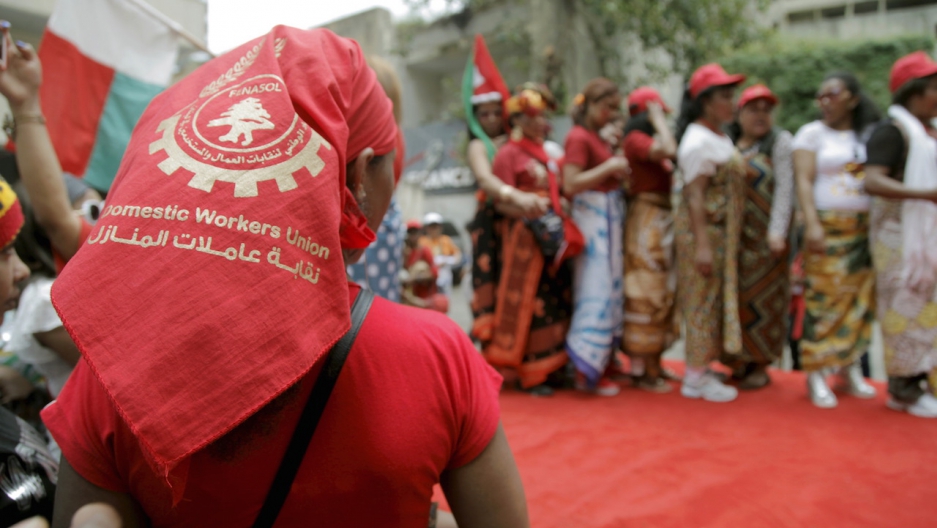 Lebanese authorities have detained two Nepalese migrant domestic workers who were involved with campaigning for greater rights for foreign workers in the country.

The arrests have prompted fears of a crackdown on migrant labor organizers, at a time when they were pushing for official recognition.

Sujana Rana and Roja Limbu, both active members of Lebanon’s domestic workers union, were detained within five days of each other in late November and early December.

Rana has already been deported, and Limbu has been detained for more than a week without access to a lawyer, according to activists who have been in contact with immigration authorities.

Human Rights Watch, citing local organizations, says Rana was questioned about her involvement with the union. The group also fears that Limbu may be deported, despite both women being in Lebanon legally.

“Roja Limbu fought for a better Lebanon for all domestic workers and is now sitting in jail, at risk of the same fate as Sujana Rana,” said Bassam Khawaja, Lebanon researcher for Human Rights Watch.

“The least the authorities could do is refrain from punishing her, and targeting all those organizing to protect workers’ rights.”

A statement released by the civil society groups says the arrest of the pair “proves yet again the legal vulnerability of migrant domestic workers are in Lebanon as their fate is always fully controlled by the authorities and employers.

“The latest action ... raises the suspicions on the possibility of the existence of discriminatory measures against the defenders of human rights and the right to freedom of association guaranteed in the Preamble of the Lebanese Constitution.”

There are around 250,000 migrant domestic workers in Lebanon, most of whom were recruited by agencies that specialize in hiring from abroad. They are almost all women, from Ethiopia, the Philippines, Nepal and Sri Lanka, among others.

Many migrant domestic workers suffer abuse at the hands of their employers — there have been cases of them not being allowed to leave the house or not being given a day off, and frequent reports of physical abuse.

A 2008 Human Rights Watch report said that migrant domestic workers in Lebanon were dying of unnatural causes at a rate of one per week. Most of the deaths were attributed to suicide — many of the victims were falling from buildings while apparently trying to escape their employers.

The migrant domestic workers union to which Lana and Limbu belong, believed to be the first of its kind in the Middle East, has been pushing for official recognition since 2014 in an effort to gain the same legal rights and protection enjoyed by Lebanese workers.

Limbu joined the union after not being allowed to leave the home of her employer for four and a half years. She wanted to help other domestic workers in the same position.