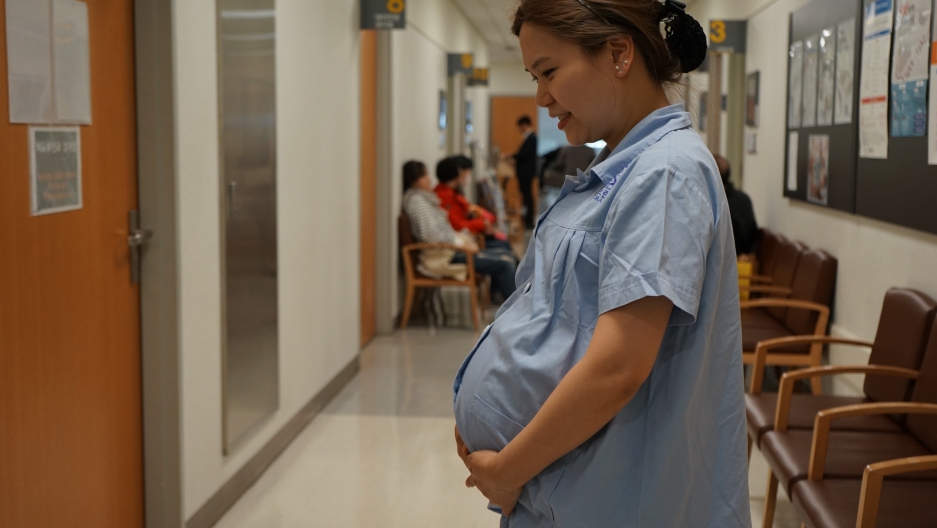 A pregnant woman in the obstetrics and gynecology ward at Severance Hospital in Seoul, Korea. Couples once went to great lengths to conceive a son in Korea. But some young parents now say they would prefer a daughter.

In South Korea, there’s a new saying: “To have two daughters wins you a gold medal.” But this wasn’t the case a single generation ago, when couples would go to great lengths to conceive a son. A country’s reverence for boys has turned into a slight preference for girls.

My Korean aunt, who is nearly 80, remembers the day she gave birth to her fourth daughter. “I cried so much, I almost fainted,” she says. “I couldn’t believe I had another daughter. Four daughters.”

She continues, “I had to keep having children, because I thought I needed a son. It’s the only reason I have four kids. Not because I wanted four kids.” There was immense pressure from her own mother, my grandmother, to give birth to an heir to the family.

Traditionally, Korea has been a Confucian society, which meant that sons inherited most of the property and carried on the family name. So in my aunt’s generation, there are plenty of families with multiple daughters, and then finally a son.

But when ultrasound technology was introduced to South Korea in the late 1980s, suddenly far fewer girls were born. 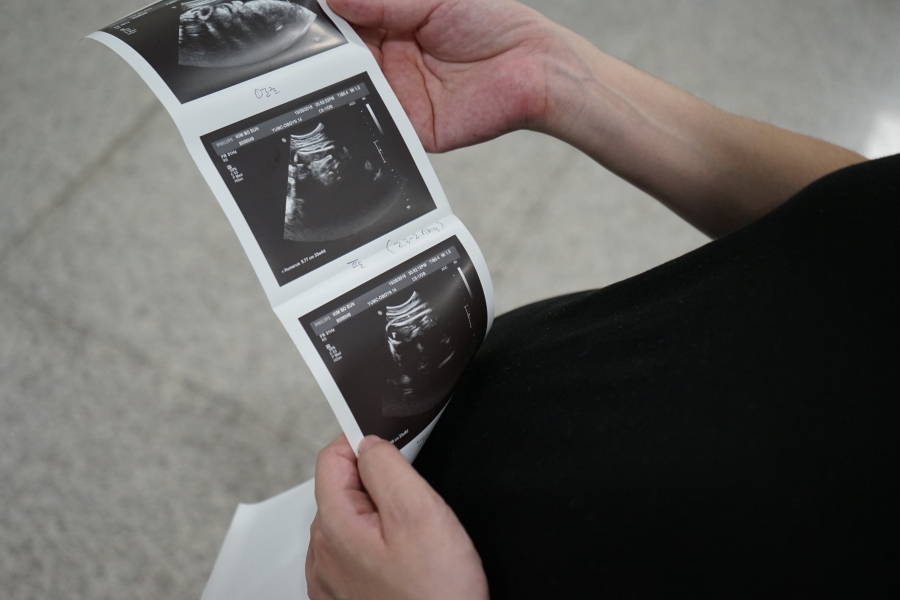 When ultrasound technology was first introduced to SouthKorea in the 1980s, gender selective abortions became common. Now physicians are prohibited from telling patients the gender of a child, until late in the second trimester, when an abortion is much less likely.

“So many people aborted babies back then,” my aunt says. “A few months in, when they could tell it was a girl, they’d get an abortion.”

In the 1990s, there were 116 boys born for every 100 girls in South Korea. Gender imbalances at birth have also existed in other Asian countries like China and India. According to some estimates, there would have been 112 million more girls on the continent of Asia, had gender selective abortion and infanticide not existed.

In South Korea, the consequences were seen years later when the surviving boys grew up. There weren’t enough women to marry in rural Korea — due to selected abortions and young, educated women moving to the big cities — so men turned to foreign mail order brides.

Now fast-forward 25 years to a new generation of parents, and many young Korean couples would prefer daughters. My cousin Seoyoung, who is a young mom, shares a new Korean saying with me: “There’s really no use in having a son, because they just grow up to leave you, to take care of their wives.”

In the past in Korean society, a son was required to carry out your family’s ancestor worship. It’s a set of elaborate Buddhist rituals in which the eldest son offers sacrificial foods to the family’s deceased ancestors. Only men could make the offerings, while the women were required to prepare the food, often for days in advance.

But as Koreans are holding less tightly to Buddhist traditions — many have converted to Christianity — and people living longer, they’re less concerned about being honored after death, and more concerned about being cared for while alive. As it turns out they say daughters are better for this than sons.

In the past, your oldest son and his wife would live with you until the end of life, but that’s no longer the case. Sons are moving out when they get married, and parents are burdened with buying them new homes. This, while more elderly are living alone.

In contrast, young women like Seoyoung are moving closer to their aging parents. Because daycare options are limited, she depends on her mom for childcare. So now her parents have an adult daughter nearby to help them out with things like hospital visits and finances. In 2016, women have the means to do this, because girls are outperforming boys in school and getting better entry-level jobs. 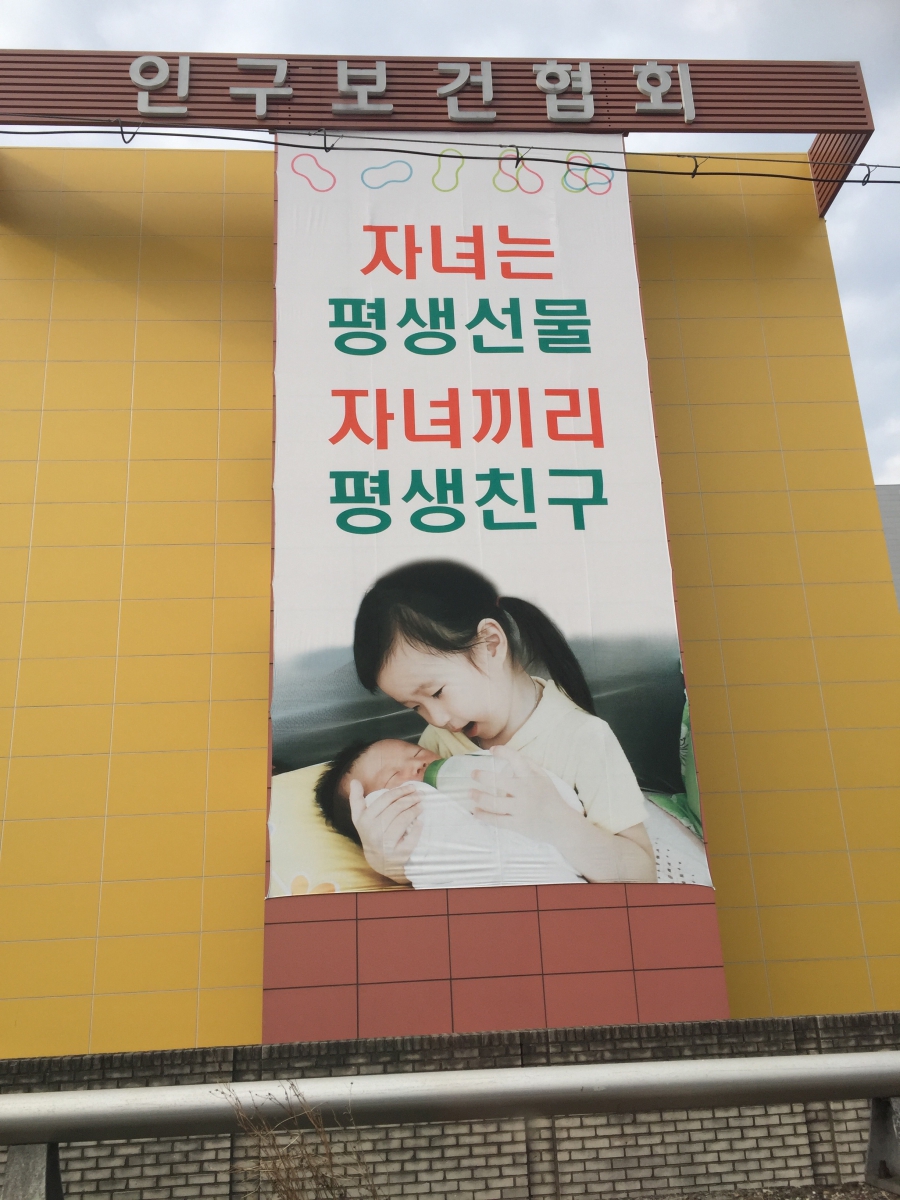 A government-sponsored ad encourages families to have more children in South Korea. It reads: “A sibling is a gift, a forever friend.” In 2016, many young couples are opting for a single child, so grandparents are happy to have a grandchild of any gender.

Laws have changed too, allowing sons and daughters to inherit equally from their parents. When gender selective abortions peaked in the 1990s, the Korean government prohibited physicians from revealing a baby’s gender in utero. Doctors who broke the rules had their licenses revoked and some were even sent to jail. The law was loosened later, and now obstetricians can share a baby’s gender with patients in the second trimester, when an abortion is much less likely.

As a result, in 2016, the ratio of boys born in South Korea, compared to girls, is back on par with global averages. There are 105 boys born for every 100 girls each year.

The laws of nature dictate that a few more boys are born than girls, but overall, the numbers are almost even.

As for my cousin Seoyeong, she’s grateful for her 2-year old daughter, and doesn’t plan on having more. “I was so relieved that I didn’t have to have a second baby,” she shares. “I think I’ve gotten what I want.”

Her friends with sons, though, they still talk about trying for a daughter, but they worry about the prospects of having another boy. According to Seoyoung, “That would be a disaster, they say.”

My elderly aunt gathers with friends at a community center. They talk about the careers they wished they had had, and brag about the children they raised, both their sons and their daughters.

“Of course, I was disappointed then,” my aunt shares. “But now I think, maybe I did a good job, having those girls. My daughters, they know my heart. So I’m not lonely.”

But South Korea can still be a hard place for women, they admit. There’s the immense pressure to conform to an unattainable standard of beauty, often through plastic surgery. Harassment in public is still common, and women aren’t promoted at work in the same way as men.

I ask then, when it comes to grandchildren, do they prefer granddaughters to grandsons? Well, as it turns out, many young couples are choosing to have just one child or to be childfree. So most grandparents, they’re grateful to have any grandchild at all. 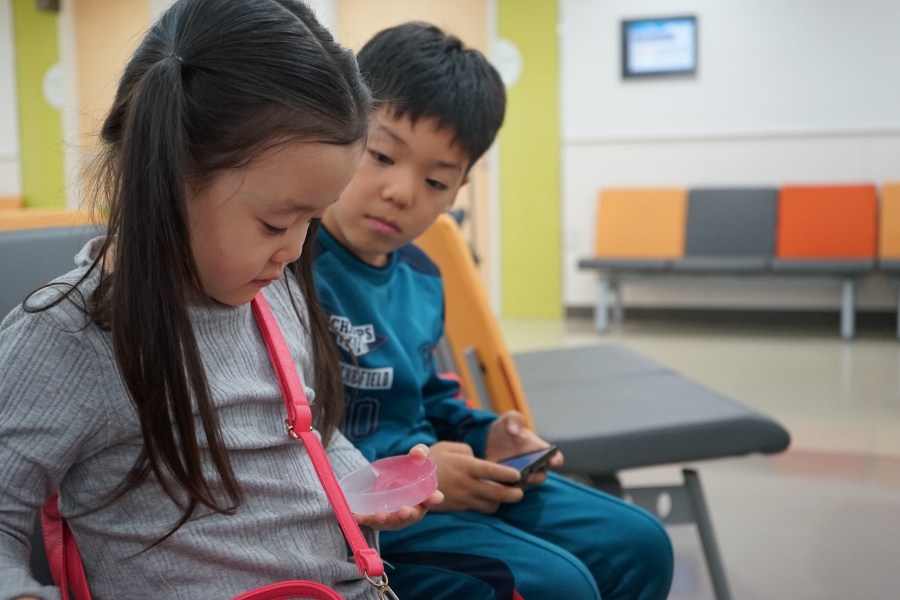 A brother and sister pair in a hospital wait room. Sons were traditionally needed to worship a family’s ancestors, but now that people are living longer, they’re more concerned about who will care for them in old age.