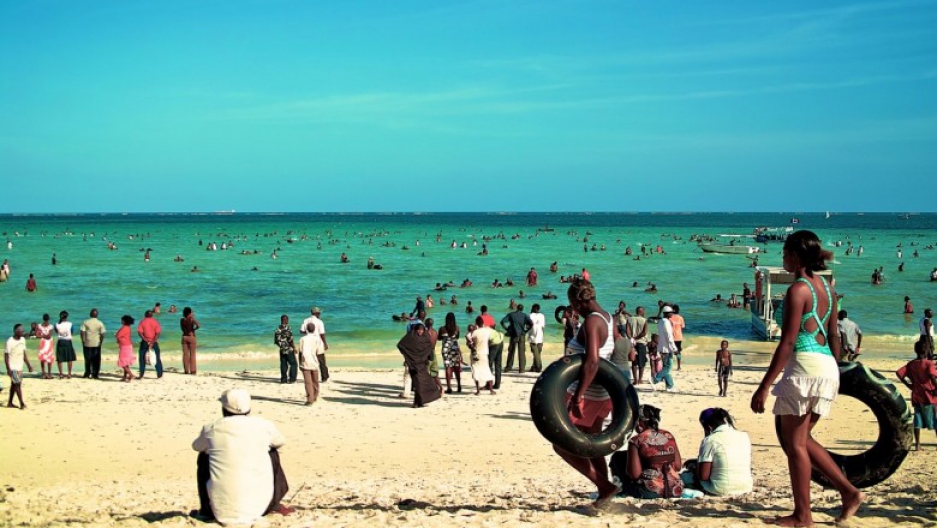 Inside a tiny house outside the city of Mombasa on the Indian Ocean coast of Kenya, 11-year-old Sabina sits on a bed, one of her breasts exposed, a 2-year-old on her back.

With an effortless click, the girl shoots a jet of saliva through the gap between her two front teeth. It lands on the floor. Then she begins to talk as she shifts the toddler from her back to her bosom.

“The father of this child is a German tourist,” she said. “He impregnated me and left the country after his vacation. I was forced to drop out of school and take care of the child.”

Sabina is one among many children in this coastal region who have become mothers at too young an age. She and other girls, as well as underage boys, have left school to cater to men and women who pay them for sex.

And the market is booming: Child sex tourism has remained rampant in Mombasa, a port city, despite a spate of terror attacks in the past three years that have scared away package vacationers, crippling a vital tourism sector that contributes about 10 percent to Kenya’s gross domestic product.

European travelers especially have continued to fuel the trade. Many come to the city in search of girls aged between 12 and 18. The industry has made Kenya one of the world's hubs for child sex tourism, researchers say.

“We always believe that white men have money, so when they come here we hope that they will get us out of poverty,” said Sabina. “They give us a lot of money and sleep with us. We use the money to pay rent for our parents and buy food.”

Trace Kenya, a local nonprofit group that works with the United Nations to battle child trafficking, estimates there could be as many as 100,000 child sex workers in Mombasa. The trade extends up and down the coast to the seaside resort towns of Malindi and Diani, according to the NGO.

In a 2010 report — the most recent available — UNICEF released numbers on child trafficking in Kenya that revealed that almost a third of girls age 12 and younger in the Mombasa region were involved in prostitution. European men comprise half of the clients, the report said.

Sex tourism has been blamed in Kenya for increasing rates of school dropouts, poverty and illiteracy as school-age children skip class in pursuit of easy money. At the same time, poverty is the main driver behind child sex tourism, say experts. Some parents even urge their children to become involved.

Emily, a 16-year-old orphan, said she was forced into the business due to poverty and peer pressure. Her aunt encouraged her to engage in sex with white men to help pay family expenses. Emily is now infected with HIV.

“I have slept with different men, especially whites from Germany, Italy and the USA,” she said. “I regret it but I had no option [at] that time. I started the business at age 10, when a friend connected me to an Italian tourist who had visited the country for three months. I had nothing to eat and nowhere to sleep.” 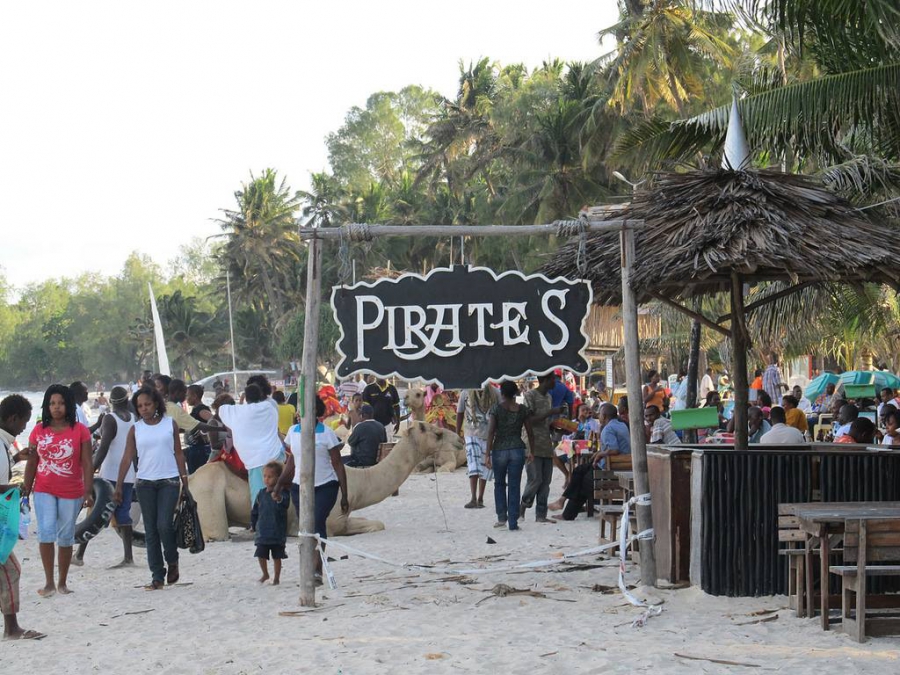 Against a backdrop of dazzlingly white sand and the aquamarine sea at Jomo Kenyatta Public Beach, foreign women sip cocktails under bamboo shades. Young men approach them with compliments designed to break the ice.

“This is our work,” said Alex Mwalumba, a beach boy who said he’s 29 but looks much younger. “It’s very simple to lure a white woman. First, know the language she speaks. Secondly, tell her she is the most beautiful woman you have ever seen. For the first time in years, she truly believes she is desirable.”

“The money will begin to flow,” he said, referring to payments once a temporary relationship has begun. “Some [beach boys] have used the opportunity to build good houses and start businesses.”

But he warned that business sometimes can be risky.

“Some tourists end up either being robbed or murdered by beach boys in pursuit for money,” he noted. “Beach boys are not after love. They are after money. They sometime trick tourists to go to the room and rob them.”

Paul Adhoch, who heads child rights organization Trace Kenya, said prostitution has led to an increase in unwanted pregnancies and sexually transmitted diseases among teenagers in Mombasa. It has also broken up families in the city, he said.

Trace Kenya is working to rescue girls from the sex trade and to end the practice in the Mombasa region. The NGO has rescued more than 10,000 children in the last seven years, putting them in shelters and making other arrangements for them to earn a living.

“We have rescued many children involved in sex tourism or those who were potentially likely to fall into it, more girls — for young men the number has been lower,” he said. “The police have done little to fight the vice. They have given tourists impunity despite having evidence against them.”

But Regional Police Chief Nelson Marwa says the government has done a lot to battle the practice, including warning tourists and parents against being involved in the business.

“We have put in place laws that will deal with such acts,” Marwa said. “Already we have arrested and charged parents, children and some tourists. We will also close all hotels that allow young girls and old tourists to check in together, and their licenses will be canceled.”

“There is a culture among parents and children that when you get yourself a white man, then you have gotten yourself out of poverty,” said Adhoch. “Tourists always take this advantage and will come here deliberately for that.”

But Sabina, who is still struggling to come to terms with her HIV-positive status, wants the government to do more to help girls in the local sex industry.

“The government should curb the practice by arresting tourists whose aim is to engage in sex with children and dump them afterward,” she said. “They are creating more poverty for young people here like me.”

Editor's note: The last names of children interviewed for this story have been withheld to protect their identities. Tonny Onyulo reported from Mombasa, Kenya.