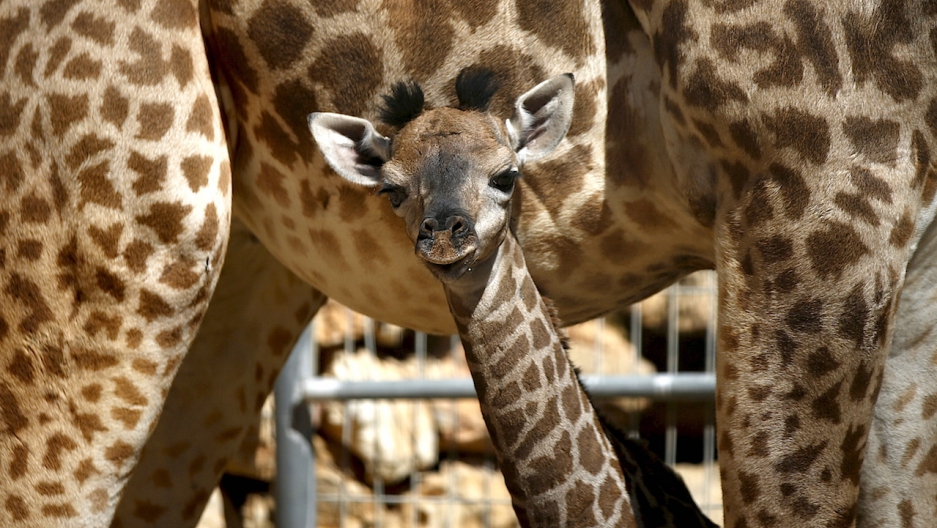 The question caused a storm on social media last week: Would a giraffe wear a tie at the top or the bottom of its neck?

When giraffes go to work do you think they put the tie at the top or bottom of their necks?

Asking for a friend. pic.twitter.com/e3cFarF75P

The debate was fierce, and consensus elusive.

But there's another giraffe question that's a little more urgent: Do we care if they go extinct? Because according to conservationists, our tall, spotted friends are on their way to disappearing.

The International Union for Conservation of Nature has added giraffes to their Red List of Threatened Species, the group announced in a press release on Thursday. The IUCJ noted a "devastating decline for the giraffe, driven by habitat loss, civil unrest and illegal hunting," adding that the zoo favorite's global population has "plummeted by up to 40 percent over the last 30 years." The group also listed dozens of bird species that are newly threatened.

As is so often the case, humans are to blame for most of the giraffe's hardships. "Illegal hunting, habitat loss and changes through expanding agriculture and mining, increasing human-wildlife conflict, and civil unrest are all pushing the species towards extinction," the IUCJ said. "Of the nine subspecies of giraffe, three have increasing populations, whilst five have decreasing populations and one is stable."

Native to Africa, giraffes are the world's tallest animals. The herbivores live about 25 years in the wild. Petitions to protect the animals have pushed governments to implement conservation policies, while independent groups have worked to preserve their habitats.

“As one of the world’s most iconic animals, it is timely that we stick our neck out for the giraffe before it is too late,” said Julian Fennessy, co-chair of the IUCN’s Giraffe and Okapi Specialist Group.

We'll leave you with some photos of these majestic mammals. 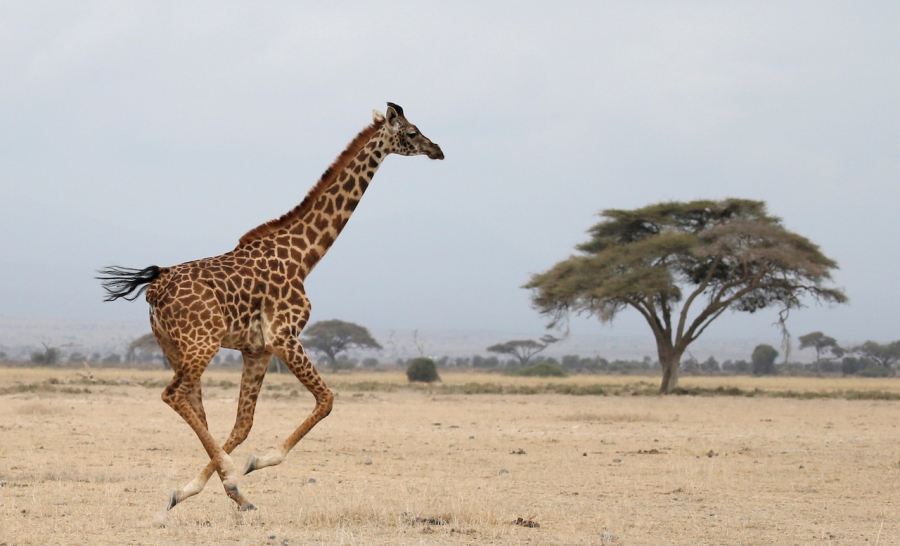 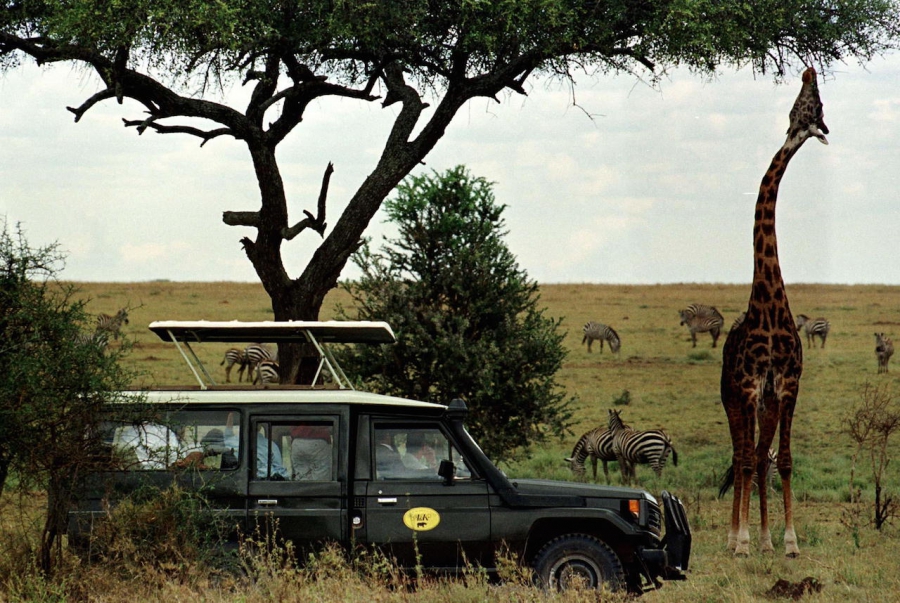 In 1997, then-first lady Hillary Clinton and her daughter Chelsea saw a giraffe up close at the Serengeti National Park in Tanzania. 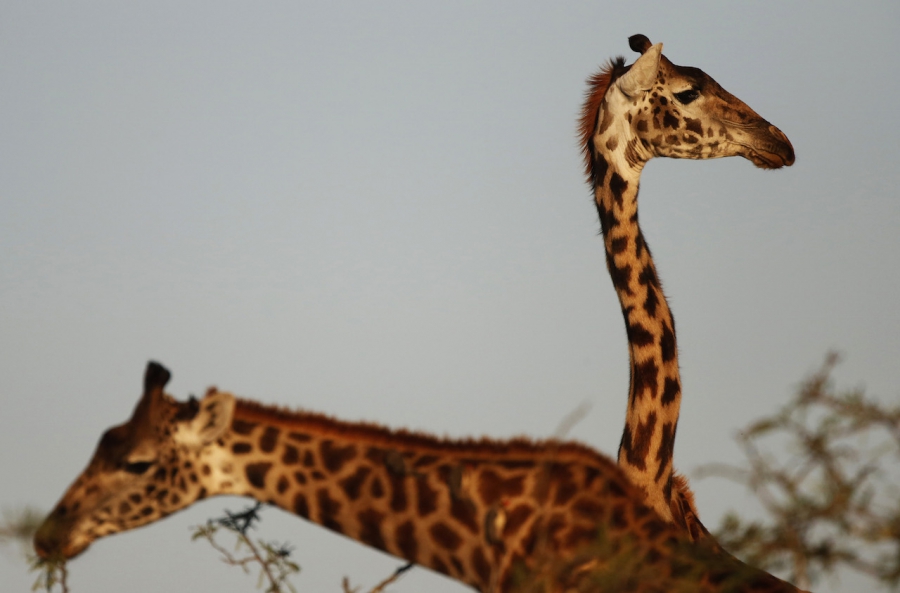 Giraffes are seen in the Naboisho Conservancy adjacent to the Masai Mara National Reserve in Kenya, October 6, 2014. 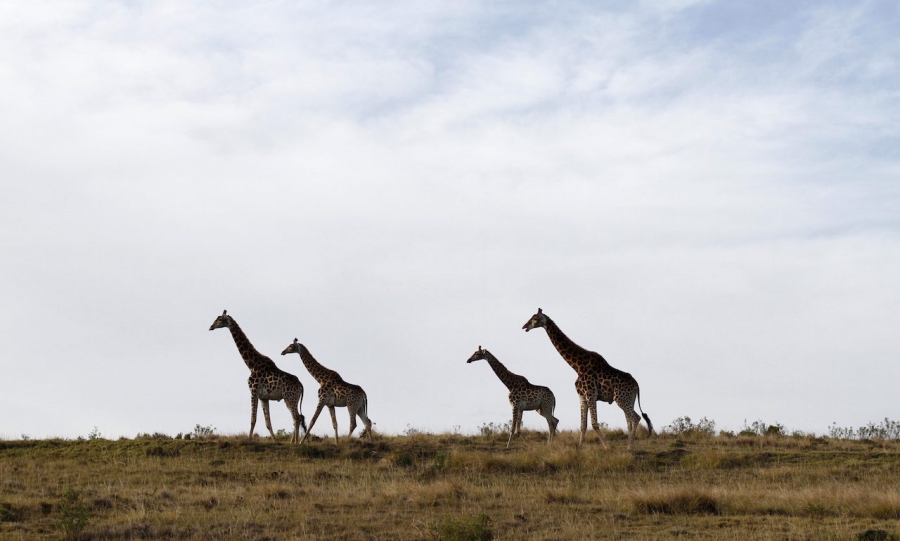 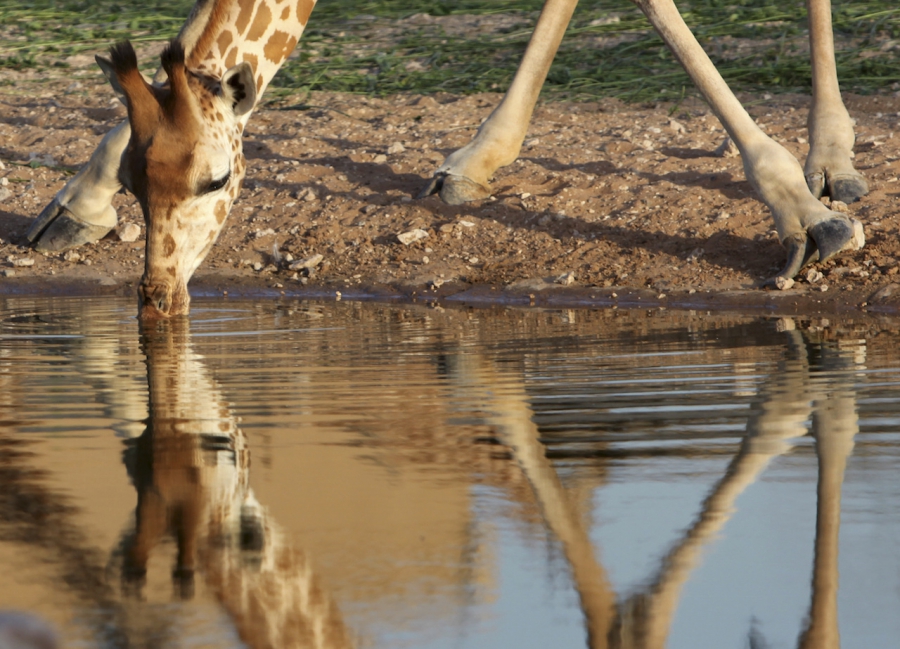 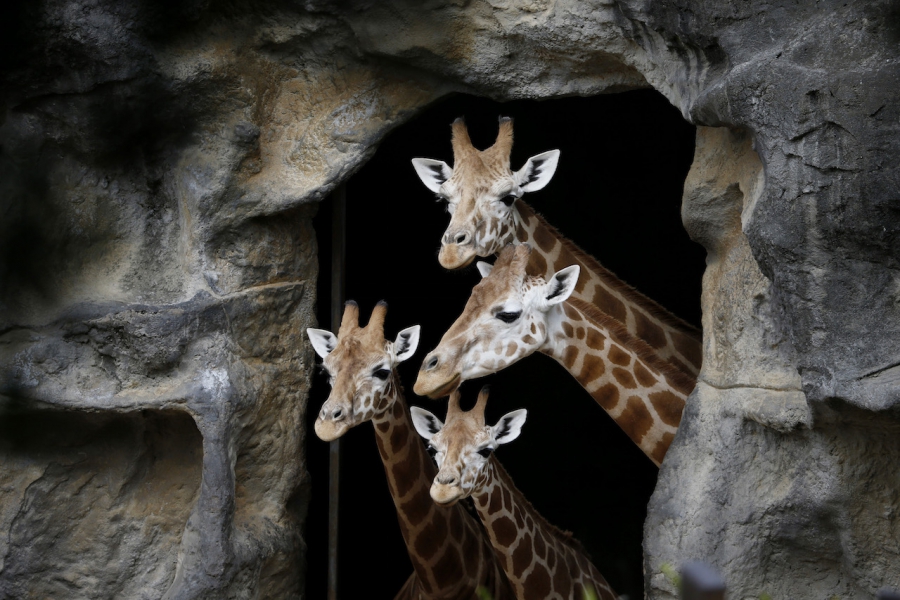 A family of giraffes look out from their enclosure at Sydney's Taronga Park Zoo in December 2014.