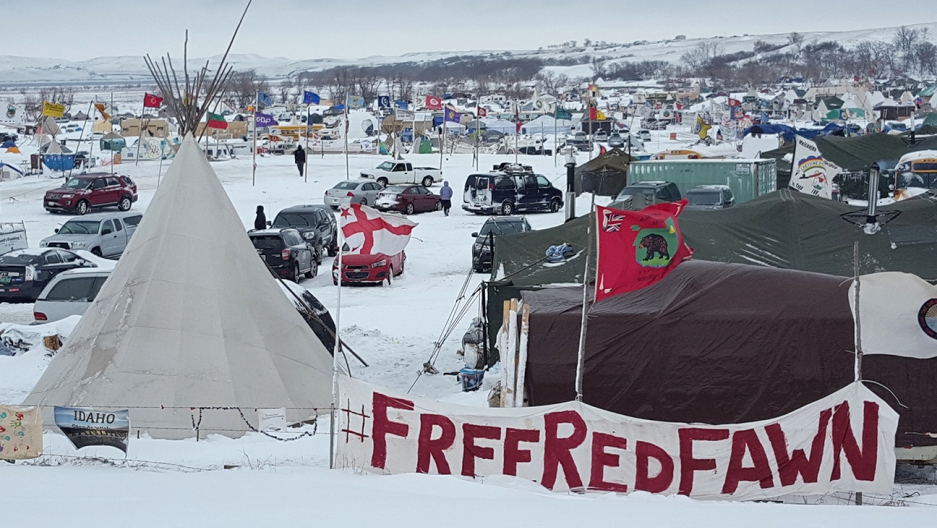 Standing Rock Camp and the surrounding area was pumelled by a massive blizzard on Monday.

Protesters at the Standing Rock Camp in North Dakota spent Sunday evening celebrating: The Army Corps of Engineers said it wouldn't give permission for the Dakota Access Pipeline to run under the Missouri River.

Celebrations were cut short, though, when a ferocious blizzard rolled into the area, with wind gusts up to 50 mph and wind chills near 20 below zero. The camp itself was buried in snow drifts as high as 7 feet. 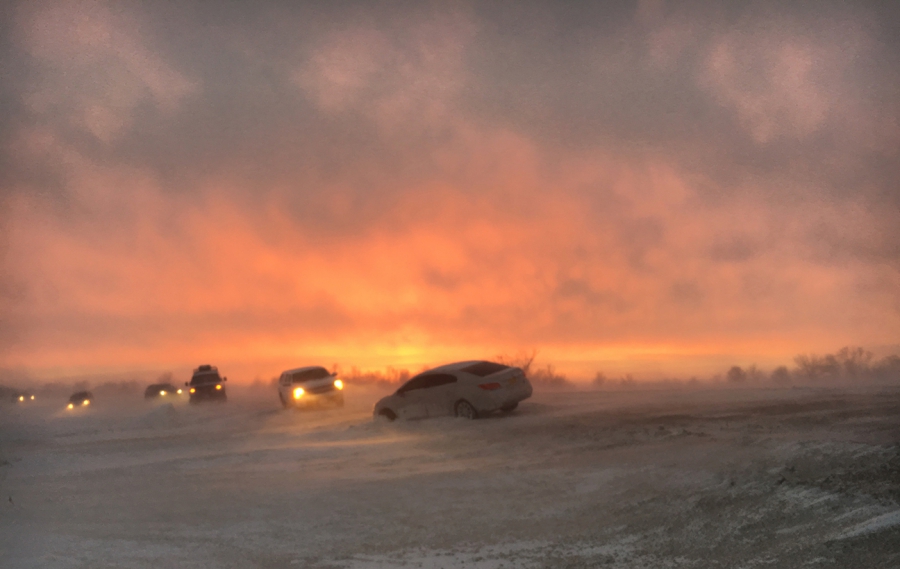 Several roads leading in and out of Standing Rock have been blocked, and there's been numerous accidents.

North Dakota weather is notoriously difficult, but such an early storm is unusual. Dianne Bachmeier, a lifelong resident of Flasher, right by Standing Rock, owns an inn in town. She says she’s been seeing people seeking refuge from the weather — several campers trying to find a warm place to stay.

But many protesters are still at the camp. That includes Nakota Nation veteran Brandi King, who says people are still happy about Sunday's news — but remain skeptical. The Army Corps' announcement was met with resistance from Energy Transfer Partners, the company building it. There was also harsh political criticism.

King herself doesn't plan to leave.

"We celebrated that victory, and it was a small victory. I think a lot of people misunderstood that this meant the pipeline is over with. So now there are several people who are basically like, 'OK, we're not going to leave until we see those DAPL security lights removed from the hill.' Until we see action, and it's confirmed, I don't think people are going to leave," she says. 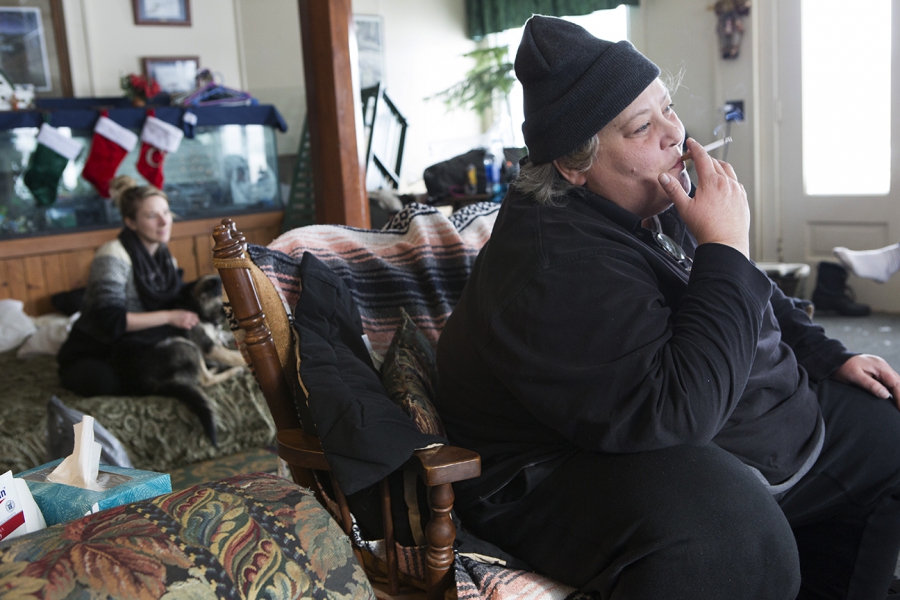 King is from Montana and is used to winters this harsh: Her job at the camp is to get people prepared for the long, cold months ahead. Earlier this week, though, leaders of the Sioux Nation asked non-Sioux to leave the camp, for their own safety. “We’re thankful for everyone who joined this cause and stood with us. The people who are supporting us ... they can return home and enjoy this winter with their families. Same with law enforcement.”

But right now leaving is a challenge: Several major roads leading to the camp were closed as of Tuesday afternoon. 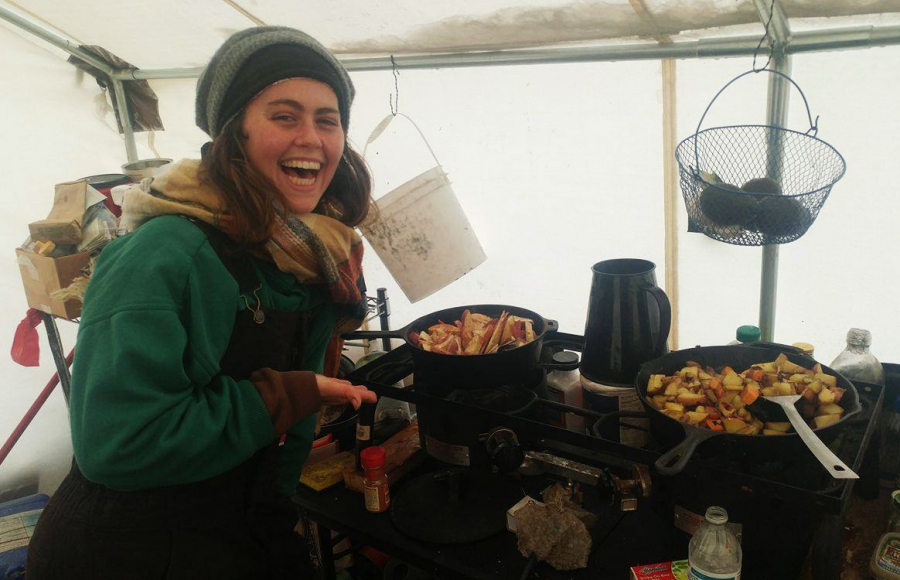 Campers cook in a tent

For the time being, those who came with smaller, more precarious tents have abandoned them — staying in old school buses, motorhomes, tee pees and dome-like yurts. There are supplies, donated food and water, and firewood.

A collection of Army surplus tents with heating stoves have been serving as kitchens, dining halls and most importantly right now, a medical clinic. There was even a box of long underwear for those who didn’t bring enough layers. In addition, flyers posted around the camp, even inside the portable toilets, listed the signs of hypothermia.

The storm has shut down 300 miles of North Dakota interstate highway. It's forecast to end Tuesday evening, but icy roads and gusty winds will continue to make travel difficult.