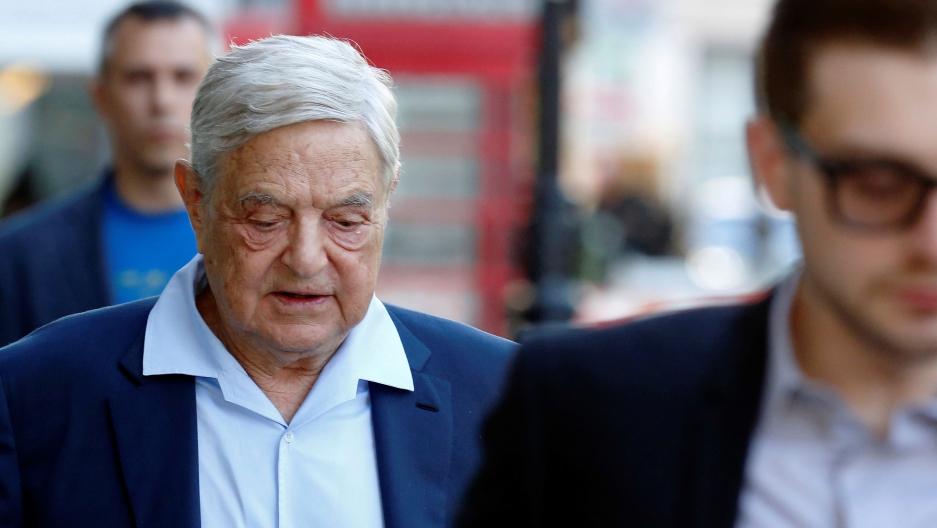 The spike of hate incidents from coast to coast in recent weeks is alarming. In the 10 days following the election of Donald Trump, the Southern Poverty Law Center recorded more than 800 real-world incidents — and that doesn’t even begin to include instances of online harassment.

George Soros, the Holocaust survivor and billionaire philanthropist, wants to track — and combat — this increase in hate incidents. Last month, he announced he would donate $10 million to fight hate crimes nationwide.

Soros's organization, the Open Society Foundations, will be splitting the funds into three different buckets. Amardeep Singh, the program officer for the National Security and Human Rights Campaign at the Open Society Foundations, says the first thing they'll do with the money is document incidents of hate crimes — to draw society’s attention to the scale and scope of the problem. Second, they’ll provide legal support to victims. And third, they plan to crowdsource solutions to hate crimes from community groups — pledging to accept and consider ideas in just two weeks.

Singh and his team believe it is better to rely on marginalized communities to see and report on hate crimes themselves, rather than waiting for the federal government to intervene.

“Because the federal system is so weak when it comes to recording hate incidents, it’s been left to community groups to do this,” explains Singh. “[The Open Society Foundations are] going to be supporting community groups not only with collecting incidents, which they already do, but most importantly with aggregating them across communities, so that Latino, Black, Muslim, Arab, South Asian, transgender and LGBTQ folks are collecting data collectively, and making that information public and searchable by incident type, geography and type of discrimination."

Singh says this sort of reporting has never been done before, but, he points out, the timing has never been more crucial. "This moment allows for it, because anyone who is not straight, white or male has been a target," he says. "Though that’s painful, it gives us an opportunity to work across communities.”

By reporting incidents of hate crimes and aggregating them into a searchable database, Singh hopes people will finally be able to see just how bad this situation has become. He also believes deniers will finally realize how painful and pervasive these incidents are.

“I have a lot of faith that once people see the stories of, for example, the Muslim woman who was pushed down the stairs of a New York City subway, or hear the story of the transgender activist in Appalachia who is being harassed post-election, or hear about the Latino children who are being told they shouldn’t come to school anymore because they’re going to be deported soon — that those are the stories that will carry the day,” says Singh.

Singh and his team also note that their boss, Soros (who has received quite a bit of criticism from Trump and his supporters for being too influential in liberal politics) has enough personal experience with hate crimes to know when it’s something he should put his money behind.

“The imperative to act fast comes straight from George Soros himself. He experienced the Holocaust and experienced what it was like when people speak up, but speak up too late.”