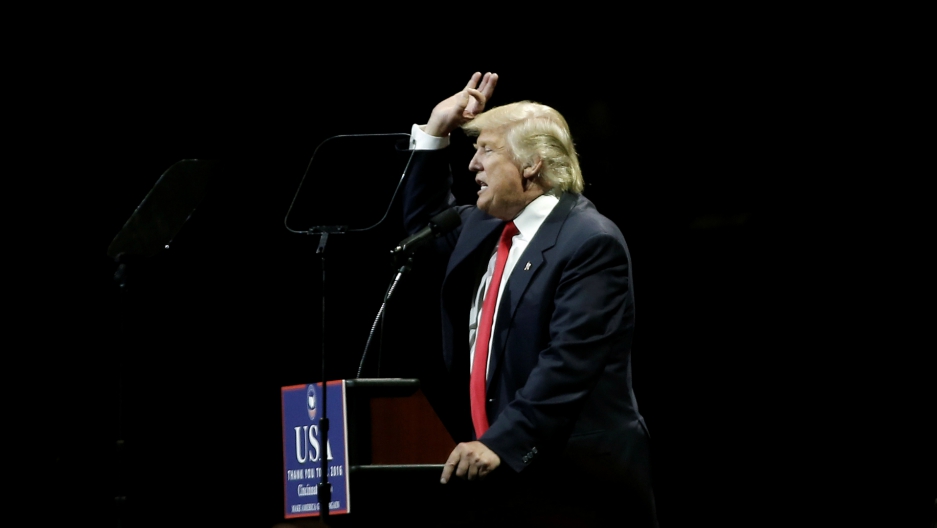 President-elect Donald Trump speaks at a USA Thank You Tour event at US Bank Arena in Cincinnati, Ohio, on Dec. 1, 2016.

It seems that President-elect Donald Trump is always on Twitter.

Always ready to give his opinion, or, his advice.

But it turns out that more than a few people have no idea what Trump's been saying on Twitter — because they've been blocked from even seeing his tweets.

People like 16-year-old Antonio Del Otero. He's a junior at Huron High School in Detroit, Michigan, and a couple months ago, he tweeted something kind of mean at Trump.

“Basically I called him a 'reject Cheeto,'” says Del Otero.

And an hour later, when Del Otero tried to take a look at Trump's Twitter profile, he realized he'd been blocked.

''I didn't believe it at first, at all. I was kind of in shock,” says Del Otero. “I was at school when I saw that, and I just kind of showed it to everyone, and we all laughed about it, and I didn't know what to think about it.”

Del Otero chose to delete his tweet because of the vitriol he received from Trump supporters.

But he still feels proud of what happened.

“It’s kind of an achievement,” he says. “I’m not a fan of Donald Trump, never have [been] and never will be.” 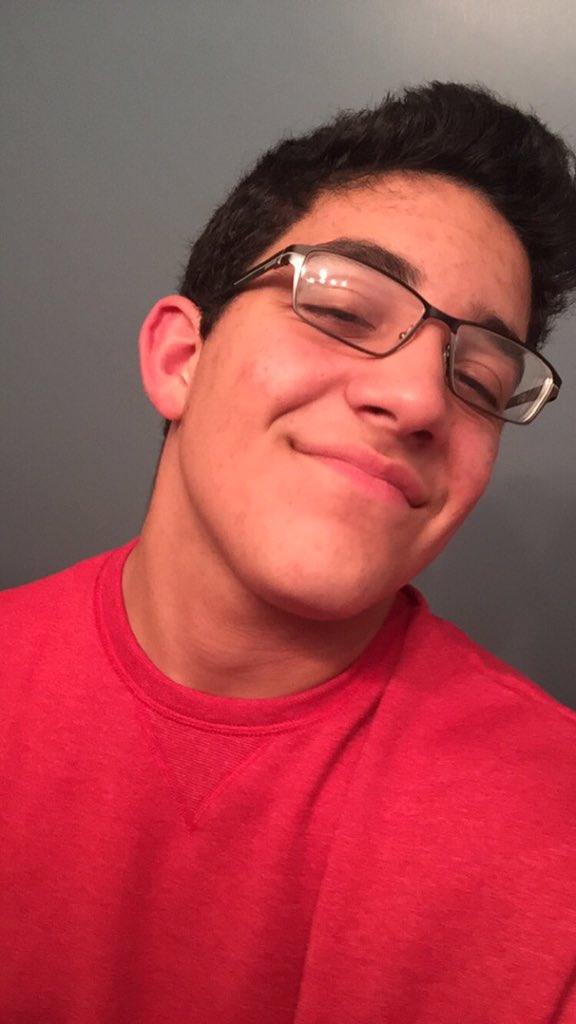 Antonio Del Otero is a junior at Huron High School in Detroit, Michigan.

Come January, though, Trump will have to change Twitter handles, switching out the @realDonaldTrump for @POTUS.

He might unblock everybody who’s currently blocked. He will probably continue to use his new account just as much as he used his old one.

Nicholas Burns, the former US ambassador to NATO, says government officials have been turning to Twitter more and more.

“I think nearly every American ambassador to the world now has a Twitter account,” says Burns. “There’s … the imperative of reaching people and having people beyond the United States form an accurate impression of our country and having us be able to export our brand of democracy to them, and that’s Twitter, and that’s Facebook, and that’s doing webcasts.”

And Trump, according to Burns, is particularly good at reaching out through social media.

“You have to respect and admire his ability to communicate,” says Burns. “He’s able to distill complex subjects into very small sound bites. Ronald Reagan had this gift. John F. Kennedy had this gift.”

Burns says he can imagine this sort of communication becoming a focal point of Trump’s presidency.

“He could reach, for instance, beyond authoritarian governments [like] Russia and China, perhaps to the people of those countries, through Twitter, through Facebook,” says Burns, “and that might be a real advantage for the United States and our foreign policy, and what we’re trying to do in promoting human rights.”

But one person who Trump will not be reaching, for sure? Antonio Del Otero. He does not intend to follow @POTUS on Twitter even if he is unblocked.

Still, this episode has inspired the student council member to consider a new career path.

''I've always wanted to be a doctor, but over this past year, with this election, I've seen how ugly and messy politics are,” says Del Otero. “When I am older if I could try and change that and be some kind of good leader or good politician, I'd like to do that.''