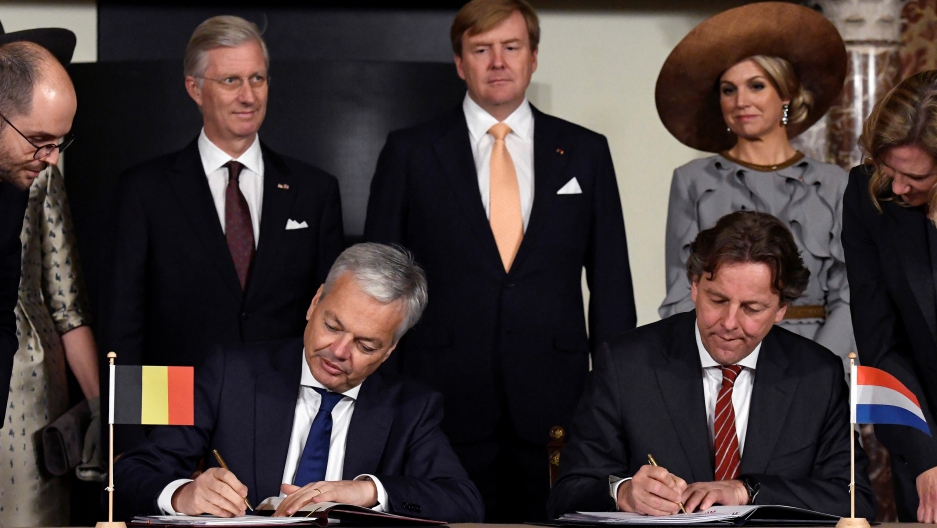 These days — when national borders represent places to build high walls, when it seems national cooperation is at an all-time low — it's good to come upon a story that runs counter to that.

Belgium and Holland have agreed to change their border along the Meuse river. It's not a huge change — an area the size of a few soccer fields. But the agreement is definitely worth talking about, especially since it involves a headless corpse.

Ultimately, it turned out that the body was in the Netherlands — an area completely inaccessible to the rest of the country.

The Netherlands did do the investigation, traveling across a river to complete it. But the pain of doing so convinced leaders to redraw the borders. The border now runs down the center of the river.

And yet the tiny move is a big lesson to other countries: that it’s possible to change a border without firing a bullet.

“In this Trumpian age, where the president-elect is talking about building a wall on the border with Mexico — after decades in which we’ve had strife and bloody wars, in the Balkans and in Ukraine — it is a reminder that two historic rivals can make peace.”

A Headless Corpse, a Territorial Dispute and a Happy Ending - https://t.co/eJznpwx4w8