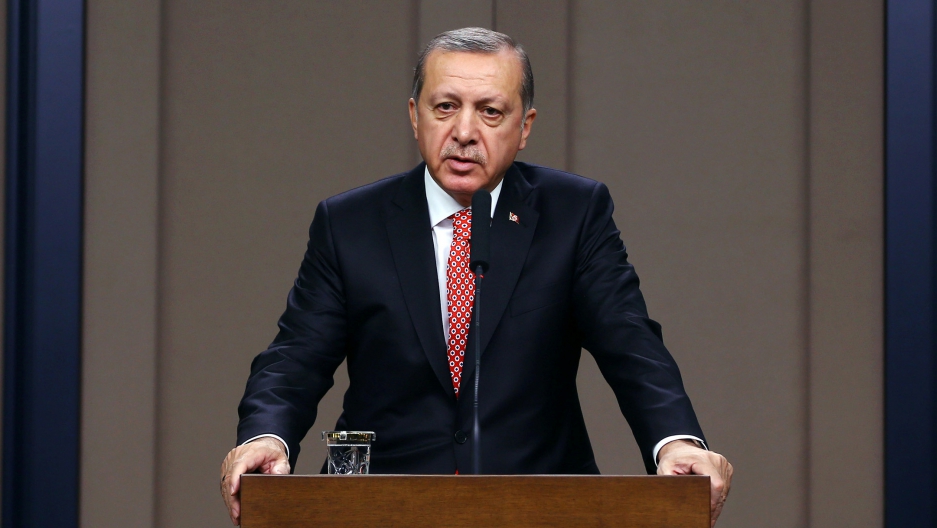 That is how Turkish President Recep Tayyip Erdogan has described a radical policy to fire or arrest anyone suspected of supporting an attempted coup against his government this past summer.

More than 100,000 people have now been dismissed or suspended from their jobs as a result of the crackdown, with thousands more arrested. School teachers, university professors, the military and the police have been particularly affected, but so have some more surprising professions, including chefs and even soccer referees.

Those affected are accused of being followers of Muslim cleric Fethullah Gulen, who the government believes organized the failed coup (Gulen has denied being involved).

However, according to the BBC’s Tim Whewell, the "cleansing" has gone far beyond those supporting the coup, and even includes some people who are diametrically opposed to Gulen and his beliefs.

Whewell, whose BBC documentary on the aftermath of the attempted coup has now been released, met one university academic who lost his job in just this way. Candan Badem was an associate professor of history at the University of Tunceli, but was recently informed that he had been dismissed because of his alleged support for the coup.

The evidence for this was a book by Gulen found in his office. In fact, Badem is a secular liberal who has a history of publicly opposing Gulen’s ideas. The book was in his office, he says, so that he could quote and criticize Gulen’s most extreme beliefs on social media. Badem's social media postings support this claim.

According to Whewell, the purge of professionals across Turkey has met with relatively muted opposition in many places.

That is partly because of the success of the government’s propaganda campaign, Whewell says: “The idea is that we are ‘cleansing’ Turkey of a virus. Therefore in the official media, and the government-supporting media, anyone who is accused is effectively a traitor.”

Another factor is an ongoing crackdown on independent media under Erdogan. Whewell found that more than 100 news outlets have been shut down.

President Erdogan and other government officials have defended the crackdown, and have argued that those who are innocent have nothing to hide.