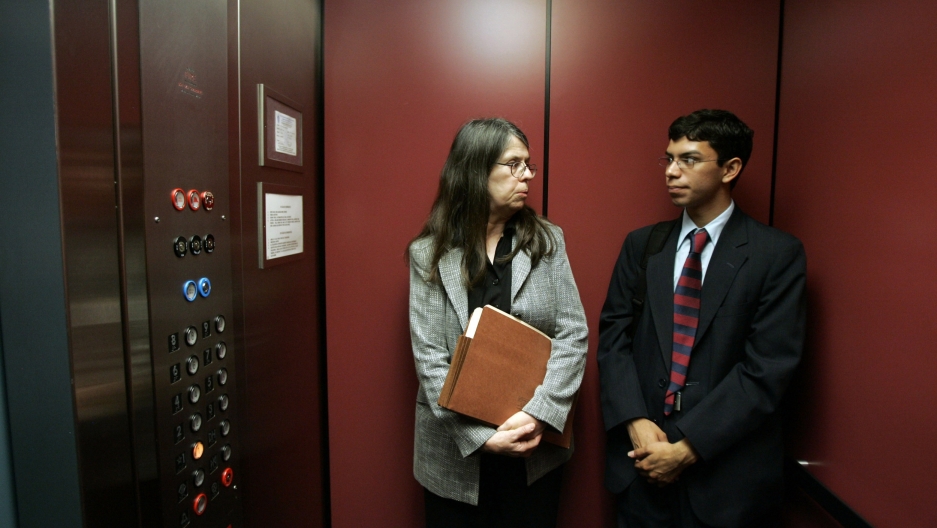 Mario Rodas, on the right, was 19 years old when he appeared for deportation hearings with his lawyer in Boston. Rodas, an immigrant from Guatemala, was picked up in an immigration sweep in 2006 and received asylum several years later. Since then, the numbers of people coming from Guatemala has risen and more people are detained and going to court without representation.

There is one very large muscle in my forehead that begins to twitch uncontrollably in the presence of injustice. It may have just aged my face five years in as many months, and it will be guaranteed a regular workout for the next four years.

If you can spare a few spasms of your own, I'd like to tell you about a particularly twitchy morning I recently spent, as I often do, in a Boston courtroom handling the cases of immigrant detainees.

Emotions run high here, as detainees in the custody of Immigration and Customs Enforcement (ICE) fight for their freedom — and, in many cases, their lives.

One morning in early October:

A US citizen who has sat through three hours of her boyfriend’s deportation hearings tells the judge to "go f***k yourself" (and was appropriately reprimanded) after her boyfriend’s motion to be released on bond is denied.

A lawful permanent resident of more than 40 years is facing deportation and lifetime exile for a 19-year-old minor drug offense for which he had been sentenced to probation. He gives an impassioned plea for clemency, a request that the judge has no legal authority to hear because of the nature and timing of the conviction.

As all of this is going on, the courtroom quietly fills up with supporters of a beloved young hometown basketball star facing indefinite detention and the loss of his lawful status in the US under some of the most heartbreaking circumstances I have seen in 10 years in immigration court.

The facts in all of those cases that morning were familiar, not much different from most of my clients. My associates and I are among the few immigration attorneys in New England willing to take on the cases of non-citizens facing deportation while detained.

There is no right to appointed counsel in deportation cases, so they come to us. What these cases lack in profit — we are fortunate if we break even on most of them — they more than make up for in raw agony and heartbreak. 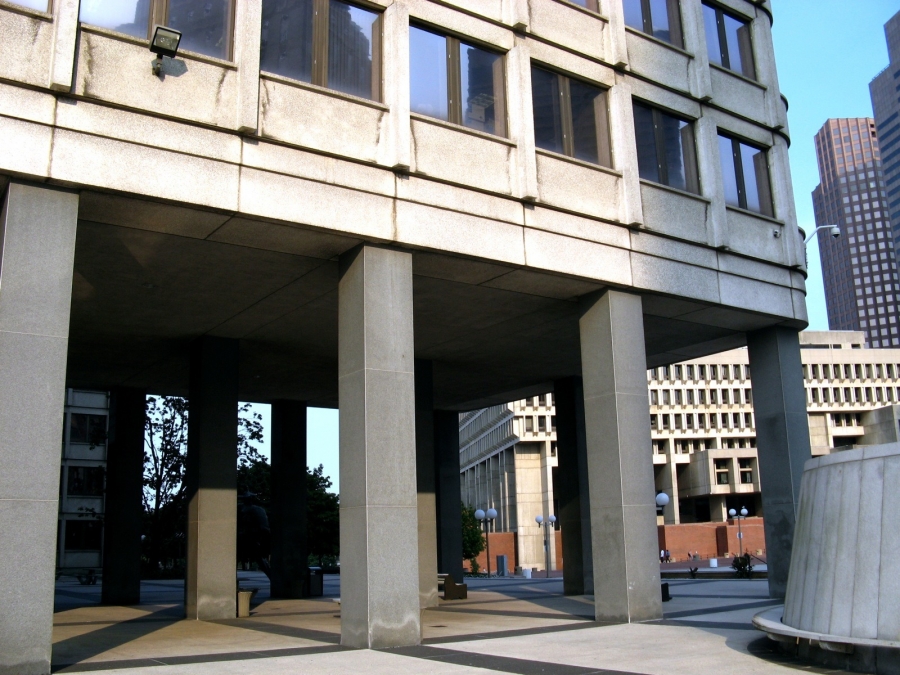 Attorney Matt Cameron spends many days with clients at the Boston Immigration Court. On the “detained docket,” he represents immigrants in detention who are often fighting for their lives in an overloaded system.

The Boston federal immigration court has six immigration judges reviewing thousands of deportation cases from Massachusetts, Rhode Island, New Hampshire, Maine and Vermont. I could not respect and appreciate these judges more, personally and professionally.

A recent study found that immigration judges are typically operating at the same level of daily mental strain as emergency room doctors [PDF]. Even a decision as simple and seemingly straightforward as whether to grant bond to a detainee, and in what amount, might impose years (if not a lifetime) of consequences not only for the individual before the court but for his spouse, his children and his parents. And these decisions are routinely made after only a few minutes of review dozens of times each weekday morning in dozens of immigration courts around the country.

"It is not the business of the courts to tell Congress what to do about public policy choices, but we are entitled to warn when the machinery that we help administer is breaking down," the First Circuit Court of Appeals wrote in my favorite of its many immigration decisions. "The current structure of deportation law, greatly complicated by rapid amendments and loop-hole plugging, is now something closer to a many-layered archeological dig than a rational construct. The regime is badly in need of an overhaul."

That was 10 years ago. It's worse now, and if President-elect Donald Trump follows through on his plans to quickly deport millions of undocumented immigrants, it's about to get much, much worse before it gets any better.

I live in a fishbowl, observing nothing more than what is directly in front of me. My perspective is personal, and I want to be careful not to represent it as holistic or omniscient. But I believe we were already approaching a new peak in immigration enforcement well before Trump was elected.

I had two clients in custody before the court that morning in October. Neither should have been enforcement priorities under the carefully delineated rules outlined in a 2014 ICE directive (PDF), which is supposed to be guiding the agency's on-the-ground decision-making. Neither of these clients had any criminal convictions, and both had been here for five years or more. One has a US citizen spouse and two young US citizen stepchildren, the other an employer who had been unable to find a US citizen to do her job in rural Vermont. Yet there is no path to lawful status available to them.

In both cases, my clients' only real offenses were being afraid of the police. One tried to cover for an undocumented boyfriend by taking responsibility (falsely) for a non-violent offense with no immigration consequences. The other locked the door to police when he knew that they were looking for him and sent his US-citizen spouse out to talk to them on his behalf. Both of these decisions were used against them in the morning's hearings when their release was denied.

I can say without hesitation that I would have done the same in both situations. What rational non-citizen (documented or otherwise) in New Hampshire and Vermont’s enforcement-first climate would ever talk to the police if they thought it would lead to immediate detention and deportation?

How did we get here? We were promised "smart enforcement." We were assured that Obama's priorities were with "felons, not families."

By the end of October — when I thought there was no realistic possibility of a Trump presidency on the horizon — I was already tired and heartsick, feeling the proxy post-traumatic stress of these separated families and their needlessly disrupted lives even harder than usual.

But the truth is, I always feel it. Every day, every family, every time. And I do my best work when I'm feeling it, which should make for four very productive years to come. My new job is now to do whatever it takes to put my mind and body between my clients and the government. I have done this. I can do this. Keep breathing.

I asked the Department of Homeland Security attorney at that October morning's hearing if ICE had possibly run out of priority cases in Vermont, given the effort they seemed to be making to surveil and round up people with no criminal convictions in that state. Even he looked a little surprised when I mentioned some of the especially egregious immigration detentions I'd seen recently.

"Well, good! That's good, isn't it? Are you going to say that we shouldn't be finding all of them if we can?"

A familiar twitch began to work its way through my forehead.

It's time for my tax dollars to find a new job.

Matt Cameron is the founder and managing partner of Cameron Law and is proud to live and work in East Boston, Boston’s historic immigrant neighborhood. He first wrote about his morning in immigration court on Facebook on Oct. 5, 2016.