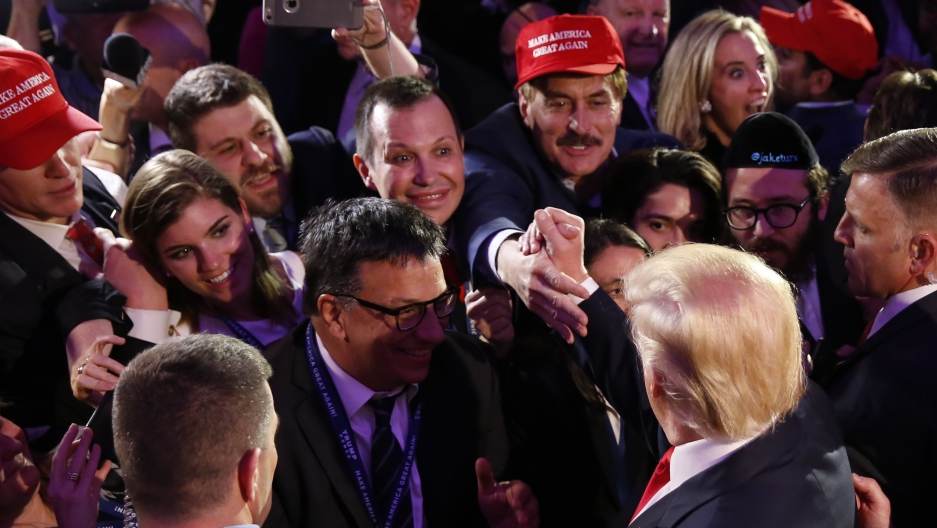 President-elect Donald Trump won the White House by a narrow margin — winning in the electoral college, but losing the popular vote.

Throughout the election, Trump supporters were represented as a fringe, alt-right group. But the people who make up Trump America are more than a monolith.

Alexander Zaitchik explores the lives of these people through his book, "The Gilded Rage: A Wild Ride Through Donald Trump's America." He examines the Trump phenomenon as a social movement born of discontent.

Zaitchik says those labels for the “average Trump supporter” are superficial portraits.

He agreed that a fairly accurate description of Trump supporters is largely white, not college educated, middle class rural America from coast to coast.

“It was non-college educated whites that put Trump over the top,” Zaitchik says.

He believes the political class “didn’t really get into what was going on in a lot of these places.”

“Generally speaking, the pundits and political class, they don’t live there,” he says. “It was in their best interest to present a superficial reading of [the Trump phenomenon] as racism, because then it lets everyone off the hook.”

He believes this allowed people to wash their hands of the current state of the nation, or at least the state of these communities.

He continues, “When I was traveling Appalachia and the rust belt border lands, I found a lot of places where people have legitimate grievances — communities that had been gutted by deindustrialization.”

The people he witnessed and writes about in his book are underemployed and lack the pride they once had in their communities.

“Even if they didn’t know the numbers, they were aware that much of the wealth that had been created in recent decades, especially since the financial crisis in 2008, had accrued to the top one percent of the population,” Zaitchik says.

He says the real question to ask now is, “how do we build a new Democratic Party that can appeal to [the working class]?”

“There are millions of people that voted for Trump that are gettable in terms of a truly pro-working class Democratic Party,” he says.

According to Zaitchik, his supporters will not know just how serious Trump is until he starts making appointments.

If Trump is unable to deliver on his financial prosperity promises, Zaitchik said the only way to satisfy his supporters would be to take from those receiving welfare and other assistances.

“That’s the danger and that’s why his brand of populism is toxic, dangerous and ultimately fake,” Zaitchik says.