Protesters can be seen here, atop a police van, in Cape Town last month.

Protests have erupted at universities across South Africa over the past few months — as students call for free university education, for all. Many South Africans are supportive, at least of the idea of free education for the poor.

But recently, protests have taken a more militant turn.

Last month at the University of Cape Town, students barricaded entrances to campus, burst into buildings, set off fire alarms and insisted that staff and students leave the premises. They intended to shut down the campus.

In one particularly violent incident, a couple of protesters broke free from the crowd and turned on a security guard, trampling him and beating him with a metal bar.

Recently, I sat down with Sinawo Tambo, a second-year student and protest leader, to try to understand why the demonstrations have recently become so intense.

"Education is a basic right for everyone," he says. "So the issue we have with fees is that they exclude the majority of people in this country, because it puts a price tag on education." 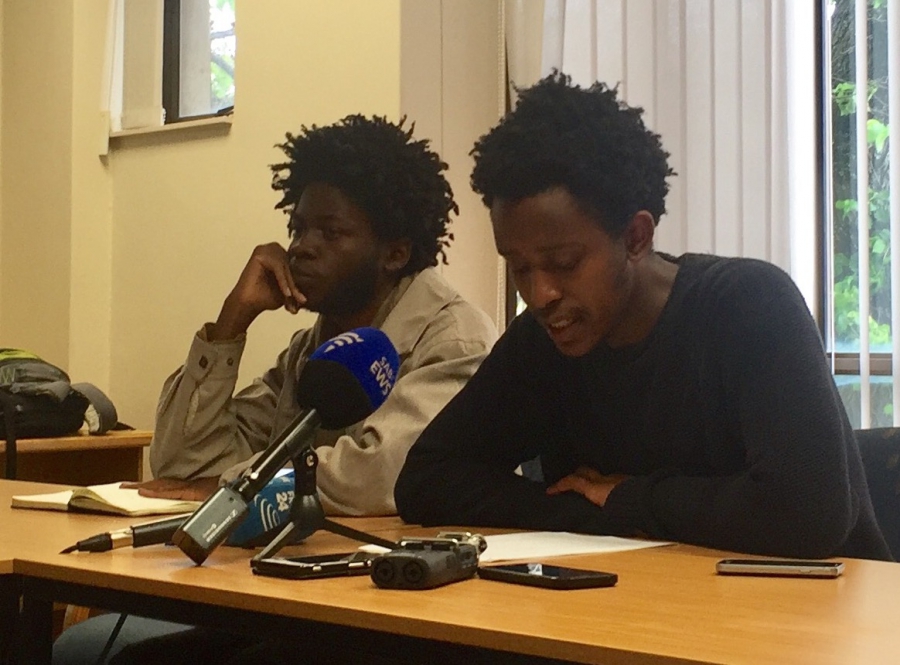 Sinawo Tambo, right, a student and protest leader, speaks at a press conference at the University of Cape Town.

The #FeesMustFall protests began a year ago in response to an increase in fees at South African universities. Protests stopped, for a while, when the government announced there would be no tuition hikes for 2016.

However, more recently, South Africa's minister of higher education announced that fees will go up next year. This reinvigorated the protests on campuses throughout the country. The government has promised to work towards free education for the poor, but it doesn't have enough money for it yet. Protesters insist that they want free education for all.

Students are fueled in part by what they see as the slow pace of economic progress in South Africa, which has one of the highest rates of both youth unemployment and inequality worldwide.

According to Statistics South Africa, black students are five times less likely to study at a university than white students. Money is a huge problem. Students can get loans, but rack up debt. Tambo says he can’t afford to pay back loans as he is expected to financially support his extended family as soon as he gets a job.

"My entire family is dependent on me getting a degree and getting a job," he says.

Tambo says the protests aren’t just about fees, though: They’re also about what he and fellow activists call “decolonization.”

"By free, decolonized education, we mean that the education we are being taught must speak to the lived experiences and needs of black people in the country," he says. "We must be able to see ourselves in our curriculum, and it mustn’t be Eurocentric."

I asked Tambo if he condones the violence that’s come with the protests.

"Students are not going all out to be violent and to fight or to burn or to destroy or anything, but it’s always a response," he says. "On the side of students, it's a retaliation to the day-to-day antagonisms and provoking of student protests."

A student protestor in Cape Town is pictured here.

Across the country, students have accused police of brutality, for firing stun grenades and rubber bullets at them. More than 500 protestors have been arrested. Some students have been injured in clashes with police. The government has appealed for calm. But students are not giving up, vowing they'll shut the country down if need be.

A few days after that campus protest turned violent, students from the four universities in and around Cape Town converged on the parliament building downtown. They handed a "memorandum of demands" to the minister of finance.

This is a snapshot of the crowds at a student protest outside Parliament in Cape Town, South Africa, last month.

The protest started peacefully but then unraveled when one or two students flung bottles at police.

Police retaliated by firing stun grenades. Then bricks started flying. At least one student was badly injured. It’s hard to know where things will go from here.

With violence escalating, the University of Cape Town canceled all lectures for a few weeks. University officials hope to reopen campus on Monday to start the end-of-year exams. But with protesters vowing to continue, many students fear they won’t be able to complete the year. 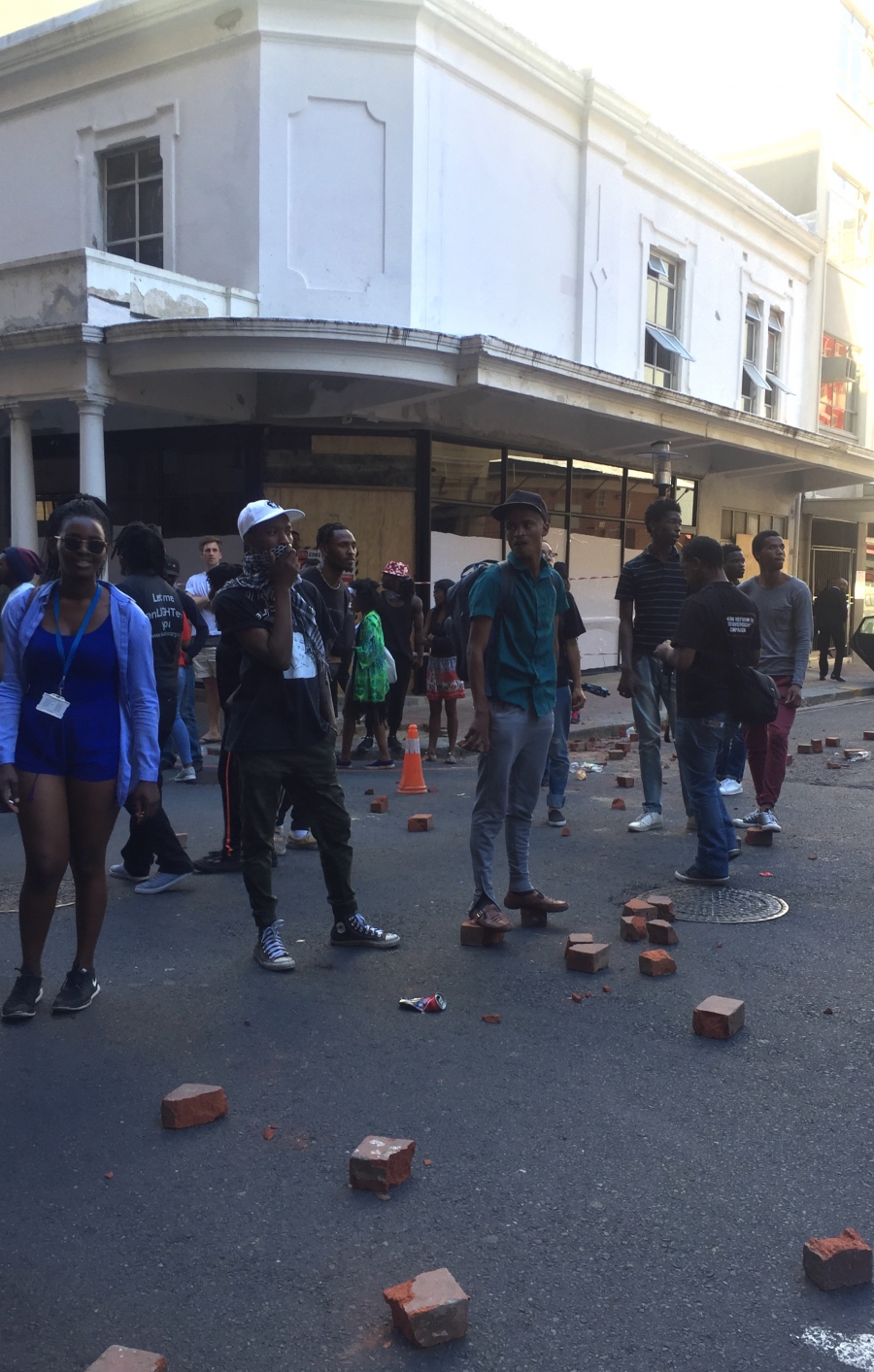 Protestors are shown here outside Parliament in Cape Town.

I ask Tambo about criticism that the protests are holding 26,000 students ransom.

"We are holding ourselves at ransom," he replies. "We are not people who are against universities functioning, but we want them to change, and this is the moment they have to change, because we are not going to protest annually for the same thing and not get results."

For Tambo and his fellow protestors, the promises of 1994 ring hollow. That's when apartheid ended and South Africa became a democracy.

"There was no real reconciliation," he says. "It was as if there was no one who supported apartheid. Everyone who supported apartheid prior to 1994 just magically disappeared, and we were all supposed to work together. We were all supposed to be one big happy family while the tangible issues that face black people at an economic level, at an institutional level, were never resolved. There has been no tangible change for black people in South Africa."