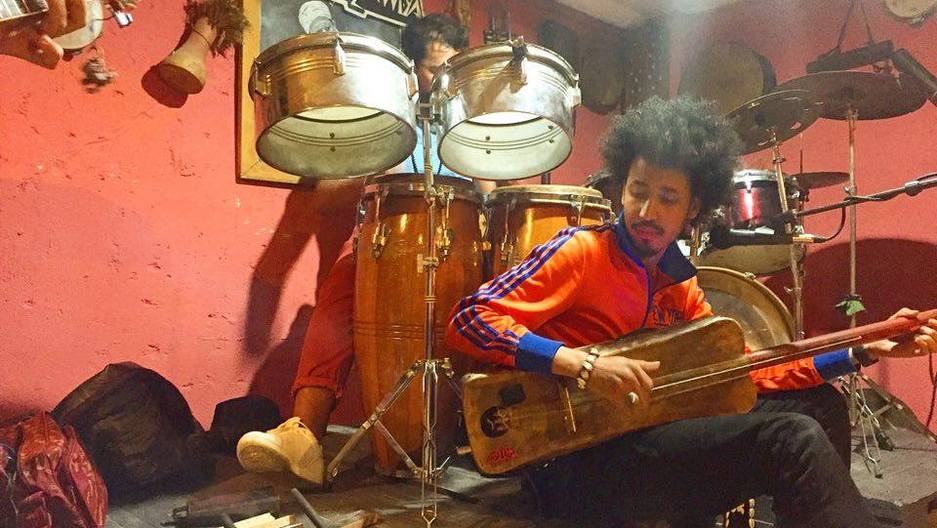 Protests erupted across Morocco recently when a fishmonger named Mouhcine Fikri was crushed to death by a garbage truck after police confiscated his fish.

He was killed in the town of Al Hoceima, on Morocco's northern Mediterranean coast, a region known for its resistance leaders, including Abd el-Krim, who led a revolt against French and Spanish colonization in the 1920s, inspiring Ho Chi Minh and Che Guevara with his guerrilla tactics.

Though protesters have mainly called for an end to “hogra,” a term that refers to abuse and oppression by state officials, some protesters have waved flags of the Amazigh people, indigenous North Africans with distinct linguistic and cultural practices. Amazigh activists have long challenged political regimes throughout North Africa.

In Agadir and Casablanca, two cities on Morocco’s Atlantic coast, musicians are reviving Amazigh music and Gnawa, music of former slaves, while making connections with international styles like reggae and heavy metal.

“Many civilizations come here and fight and fight,” says Oshen, a guitar player in Tagat, an Amazigh black metal band from Agadir. “In history, Amazigh people are warriors, fighting against invaders of every culture — Romans, Greeks, Arabs.”

Another cultural warrior, Ali Faiq, is a veteran of Amazigh music and fusion in Agadir. He has recently revived a collection of Amazigh troubadour music from southern Morocco. He discovered recordings from the 1920s at the Bibliothèque Nationale in France and reinterpreted them with older artists and younger musicians, combining the ribab (one-stringed violin) and naqqus (metallic percussion instrument) with bass, drums and piano.

“The purpose is to promote this heritage and this genre of music to the world,” says Faiq. “It’s between memorial and re-creation.”

Meanwhile, in Casablanca, a band called Bob Maghrib combines Gnawa with the lyrics of Bob Marley. Gnawa musicians use the guembri (a three-stringed lute made with camel skin) and perform at spiritual ceremonies of healing through trance.

“Gnawa music and reggae have a lot in common,” says Saj Moor, sound artist in Bob Maghrib. “First there is the text — the lyrics are so centered around spirituality and a relationship between a master and a slave. Here, Gnawa artists chant about freedom and liberation of people. Reggae music is the same way. The tables are going to turn!”

Made in Bled, another band in Casablanca, combines Gnawa and reggae with politically engaged lyrics, tackling injustice and taboo subjects like prostitution. In spite of winning prizes for their live performances, Made in Bled is effectively banned from the radio in Casablanca.

“We are censored. We are boycotted. Why? For the simple reason that we sing about reality. We feel that there is suffering and we sing about it without fear, because we are artists,” says Made in Bled’s singer Salim Salah.

As the protests in Morocco continue, musical connections offer the disaffected a new voice.