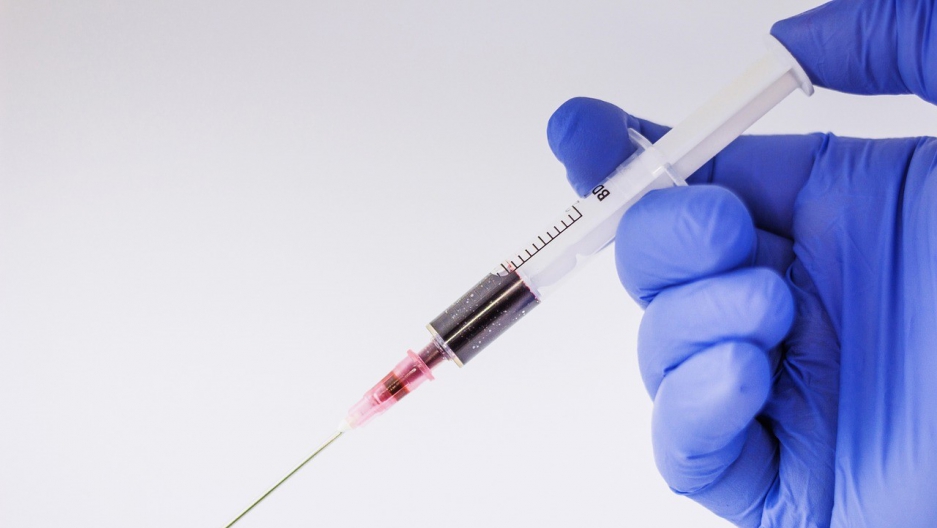 People can order home blood tests the same way they can order from Amazon or book an Uber, but not everyone thinks it's ideal.

In the age of internet retail, products once available only in brick-and-mortar stores are now arriving on our doorsteps. And by cutting out the “middleman," or storefronts, products are often more affordable and easier to access than before.

But what if that middleman is your doctor? And those products … medical tests?

Companies like InsideTracker now let you order blood tests online that can give you data about everything from your testosterone to glucose levels. But if you’re not a trained medical professional, what are the benefits — or risks — of gathering and interpreting your own clinical data?

A nurse came to Smith’s apartment, drew his blood, and two days later, the numbers came back, relating to a whole suite of biological indicators like glucose, vitamin D and testosterone. But Smith says that the results steered clear of dispensing medical guidance.

“They can say, ‘This is within the range of what we expect someone of your age and of your activity level to be,’" Smith says. “So they’re pretty helpful in sort of interpreting the data for you, as well. They make it clear that it's not medical advice. This is just, you know, tools for you to get healthier, essentially.”

For some people, it may be enough to use on-demand testing as a tool for healthier living. For Smith’s article on the subject in Outside magazine, he took several blood tests over a matter of weeks, adjusting his diet and exercise regimen between each test. He also interviewed one endurance athlete who used Ibuprofen to treat a bum hip — until she took an InsideTracker blood test.

“She sort of knew that she was taking too much Ibuprofen,” he says. “But when she saw the numbers, she was like, ‘Whoa, this is just like, really not good for my liver.’ … So she already knew that she was engaging in problematic drug-taking. But seeing the numbers was something that made her actually want to change that behavior.”

However, some medical professionals see potential pitfalls in our increasing access to home blood testing. Shannon Haymond, an associate professor of pathology at Northwestern University, points out that we can already go to the store for pregnancy or urine drug tests, for example, and many diabetics are expert at checking their own blood glucose levels. But by and large, she thinks on-demand blood testing can lead us down the wrong road when it comes to keeping tabs on our health.

“I think that there is a point … that there can be harm in blood tests,” she says. “And in fact, the whole thing is very interesting, because in the hospital, so in clinical settings, there's a tremendous effort underway to reduce the amount of tests that that we're offering and that patients are getting, because we know that there are unnecessary things being done. It's wasting money and resources."

Not only that, but Haymond says that the tests don’t always produce correct results.

“There are a number of false positives and negatives that can happen with certain tests, and depending on the way they're used, those percentages can ramp up quite quickly,” she says. “So, I think that there is this idea that, ‘It's just a test. What [harm can be] done.’ But there can actually be harm done in certain cases.”

While most of Peter Andrey Smith’s bloodwork came back within healthy range, his baseline test did show that his vitamin D levels were low. He spoke with someone at InsideTracker who told him that his levels were so low, he wouldn’t be able to get them into a normal range without vitamin supplements.

“Supplements were not something I really wanted to take,” Smith says. “But another problem with taking supplements is that first of all, there's all sorts of disagreements about what proper vitamin D levels are. And secondly, if you're taking supplements on a regular basis, that means you just need to take more tests so you aren't overdoing it, right?”

For Smith, who doesn’t enjoy getting his blood drawn, the option to test his own blood at home regularly is no siren call. But he won’t rule out doing it occasionally in the future.

“I mean, this is sort of like hailing a cab or taking an Uber at this point. It's very easy to do. And the results are very quick.”