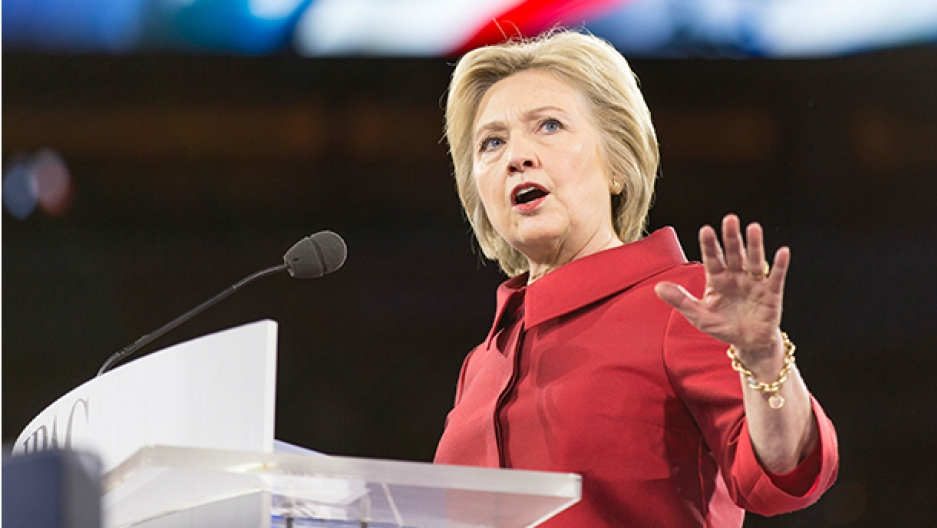 Presidential candidate Hillary Clinton has a detailed 10-year energy, environment and climate plan. But you likely know nothing about it.

During the presidential debates, moderators asked the candidates precisely zero questions about climate change, and the press has paid scant attention to Clinton's plan. It is, nevertheless, an ambitious agenda that addresses an urgent national priority.

If Clinton is elected, however, one large question looms: Will she ever be able to persuade Congress to fund the aggressive plan?

Economist Joseph Aldy, a veteran of the Obama White House who now teaches public policy at Harvard's John F. Kennedy School of Government, believes Clinton would have a reasonable chance of finding a way forward.

“The key thing is first to establish very clearly as president what her goals are,” Aldy says. “She’s already laid those out in the campaign, in terms of wanting to reduce our greenhouse gas emissions by up to 30 percent by 2025 — an even more ambitious goal than President Obama. She needs to then lay out what she can do under existing statutory authorities to deliver on that goal. She's indicated that she will continue to defend the Clean Power Plan that President [Barack] Obama has advanced to deal with carbon pollution in the power sector.”

At the same time, if elected, Clinton will need to figure out the most effective way "to engage with Congress to deliver those monies, maybe as part of a larger infrastructure investment program. ... There’s a question of what's the right policy tool and how one navigates the politics for that," Aldy says. "I think there is an opportunity, because there's an interest in tax reform on both sides [of] the aisle that [she] might be able to incorporate into some kind of climate policy and tax reform.”

Aldy sees potential in "carbon pricing," or charging for carbon emissions, as a way to finance meaningful reductions in tax rates. Clinton's plan doesn't currently include carbon pricing, also known as a "carbon tax," which makes it "politically toxic," but she has said she remains open to the idea. “She could engage some Republicans by saying we'll also cut some of the tax rates on corporate income,” Aldy says. “Both sides of the aisle get to claim victory, and she might be able to do something meaningful on climate change as part of that.”

Perhaps this is the best tool at her disposal: sending a clear, long-term signal on carbon pricing, Aldy says. While Clinton could make some progress on climate change through existing statutory authorities — such as the Clean Air Act for power plants and vehicles and the Department of Energy for appliance efficiency standards — Aldy says these are not nearly as effective in reducing emissions or driving innovation as carbon pricing.

Under Clinton's plan, which she calls the $60 billion Clean Energy Challenge, the federal government will “partner with states, cities, and rural communities to cut carbon pollution and expand clean energy, including for low-income families.” Her recognition that state and local authorities can be powerful laboratories of innovation and ingenuity may appeal to Republicans interested in less federal action on climate change, Aldy says. Helping states ascertain what policies and programs are most effective at promoting investment in clean energy and energy transmission "could break some of the deadlocks" keeping the US from pushing its energy system forward.

Clinton’s plan also includes $30 billion to invest in communities hit hard by the reduced demand for coal. “There are communities, especially in Appalachia, that, for a century or more, have been built around the coal mining industry,” Aldy says. “Given the reduction in coal production that we've seen in the US, which is likely to continue as we take on the challenge of climate change, there’s a risk of these communities suffering high unemployment.”

Clinton has pledged to revitalize these communities by making investments in broadband, to spur internet opportunities and increase e-commerce; and to make investments in training, so workers can develop a richer set of skills that they can bring to new sources of employment.

“When we think about $30 billion dollars of investment in a region and in people, it really has the potential to transform Appalachia and enable them to transition,” Aldy says. “We talk about the clean energy transition, but for these workers, it's an employment transition. What she's proposed to do, if she can secure the kind of funding from Congress to make this happen, could be one of those things that really changes Appalachia for the better.”