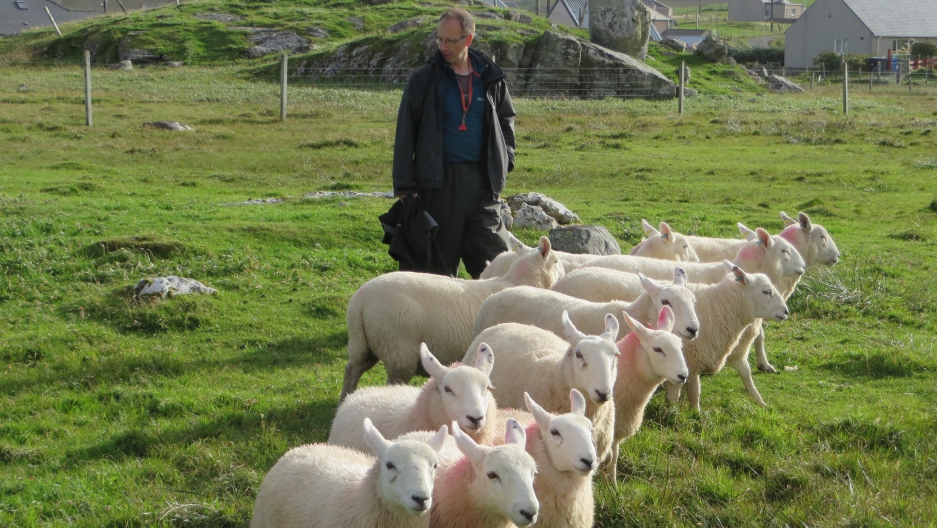 Leslie Guy is a postman on the Scottish Isle of Lewis, where Donald Trump's mother was born and raised.

Donald Trump has talked about immigration policy a lot on the campaign trail, but the Republican nominee hasn't talked much about his mother, who was an immigrant herself.

Mary Anne MacLeod was born in 1912 on the Isle of Lewis, the largest island of the Outer Hebrides, off Scotland's northwest coast.

It was a remote and rugged place when MacLeod lived there, and in many ways, it still is. If you travel there by sea, the ferry crossing takes two and a half hours — and that is after a 200-mile drive north through the highlands from Edinburgh. (You can also get there in about an hour by plane.)

Trump must have heard stories about this place when he was growing up. Maybe his mother told him about the island's Viking history, or about its strict religious practices. The Sabbath is still a day of rest here; only seven years ago, there were protests when the ferry finally started sailing on Sundays.

Doubtless Trump also would have heard about the landscape: the windswept beautiful beaches, harsh weather, and the almost complete absence of trees.

"It's not a very big island, but it's not a very small island either," says Les Guy, a postman who lives on the west side of Lewis. When I asked him what people here think of Trump, his response was diplomatic: "Everybody does know Donald Trump," he says, "but, what people think of him exactly, I don't know. He does make the headlines — for the right reasons or the wrong reasons. Well, I would say the wrong reasons, myself." 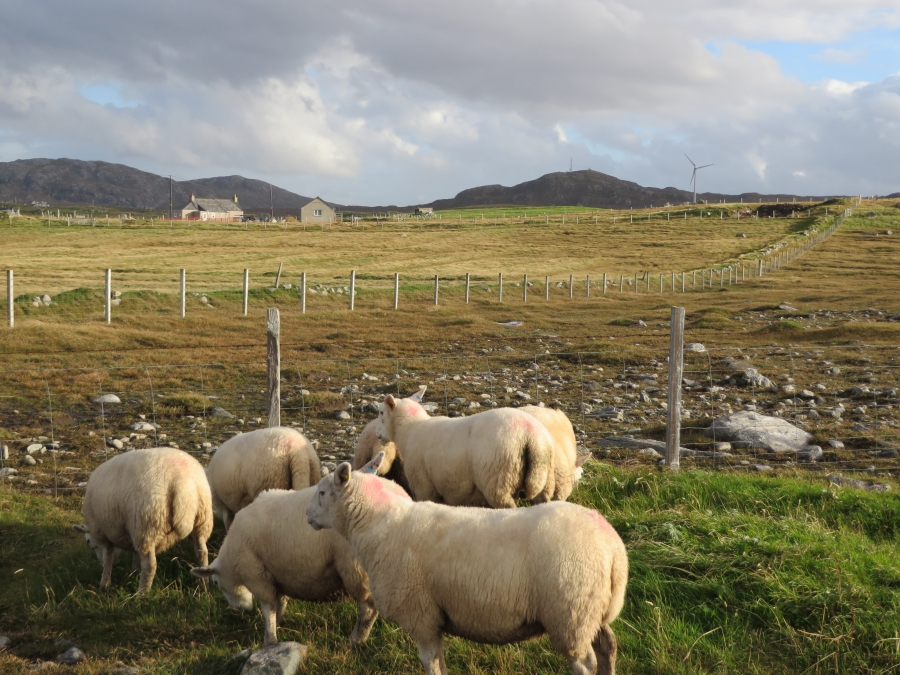 The Isle of Lewis of Scotland's northwest coast has harsh weather and almost no trees. It's where Donald Trump's mother was raised, and he still has family there.

Lewis has a population of 20,000, but it's still the kind of place where everyone seems to know everyone. Trump's mother continued to visit the island throughout her life, but Trump has only been here twice.

Ruary Cunningham works at a car rental desk at the local airport in Stornoway. He says people in Lewis have long known about Trump's family history. The locals used to boast of the connection a bit, in the days when Trump was just a famous businessman, he says. But these days they're not as quick to claim Trump as their own.

"I know that his family don't openly tell people that they are, you know, his first cousins," Cunningham says. "From what I can tell, his mother's influence of island life and acceptance and being humble, I would say, has not been passed down to him."

My friend Bill MacLeod grew up about ten miles north of Tong, the village where Trump’s mother was raised. Bill lives in Glasgow now, but his parents are still in Lewis. I asked him whether he'd heard people talking about Trump's island roots. He told me he'd heard little else whenever he was in Lewis.

"I think people are quite amused," he says. "I mean the disjunction between Trump, this kind of larger than life figure, with rather extreme views, and Lewis — whether it's the landscape or the psychology of Lewis — it's quite at odds."

Another friend, Chrisella Ross, says she thought the Trump connection was interesting at first, but then it just became embarrassing.

"You do get linked," she says. "You know, if you get told, 'Oh, that person is from your place,' it sort of means that person is you, that person is like you. And I don't think many people here would want to ever think they were like him. I think he represents a total anathema of what these islands are."

She explains that Lewis is a community where everyone is on an equal footing: "The doctor lives beside the teacher who lives beside the fisherman, and it's just a natural instinct I think here to give people a hand, because you get your hand back and you're part of their lives and they're part of your life."

Most of the people I spoke with on the island either joked about Trump, or were deeply critical of him. Ruary Cunningham, however, did find something positive to say: "There was a charity night for cancer research, and one of his cousins is actually on the committee for the cancer research up here, so as a prize for that charity night, [Trump] did give four nights in one of his hotels in Las Vegas for free."

Overall, the tone in Lewis is one of bemusement.

"I share the same genetic history as Donald Trump," says MacLeod. "I've got a Gaelic-speaking side, and a German side. And Joseph Conrad, the great novelist, said it was possibly the worst heritage you could have, because Scots-Germans have, as he said, the instincts of a puritan, combined with an insatiable imagination for conquest."

Another Lewis resident I spoke with, John Crawford, was more sanguine when I asked what he thought of the fact that Trump's mother came from Lewis.

"I suppose his mother had to be born somewhere!" he said with a laugh.