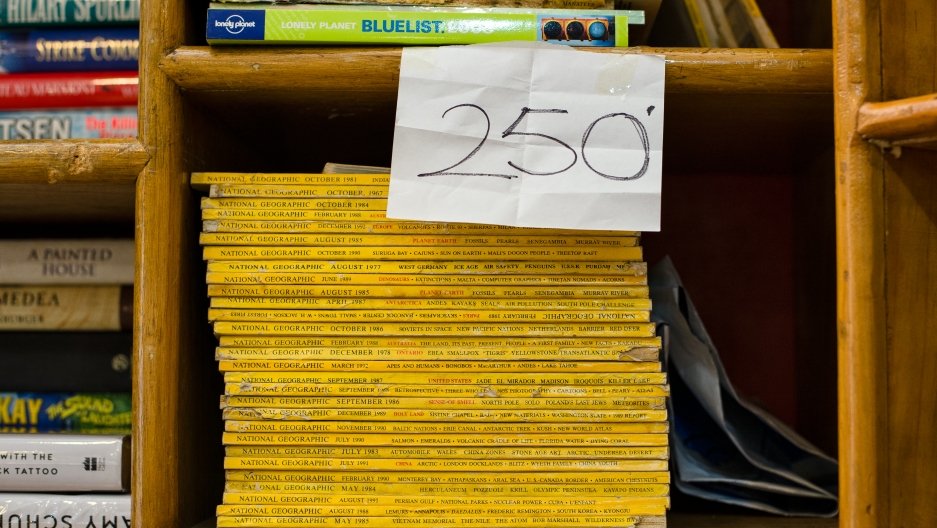 A stack of National Geographic magazines sit at Chan's store in Kenya. They cost 250 shillings.

I was once told great photography is capturing a moment that can never be created again. This concept, of course, is resoundingly true for photojournalists like myself, who shoot tirelessly in hopes of capturing that rare moment when the light, subject and environment collide into perfection.

For many, that perfection was captured in Steve McCurry’s single portrait of a green-eyed, Afghan refugee named Sharbat Gula. Known simply as “the Afghan Girl,” McCurry’s photo is not only compositionally beautiful (and often likened to Leonardo da Vinci's painting of the Mona Lisa), but also a haunting symbol of the nine-year Soviet–Afghan War, which left Gula — and millions like her — homeless, stateless and orphaned in nearby Pakistan. 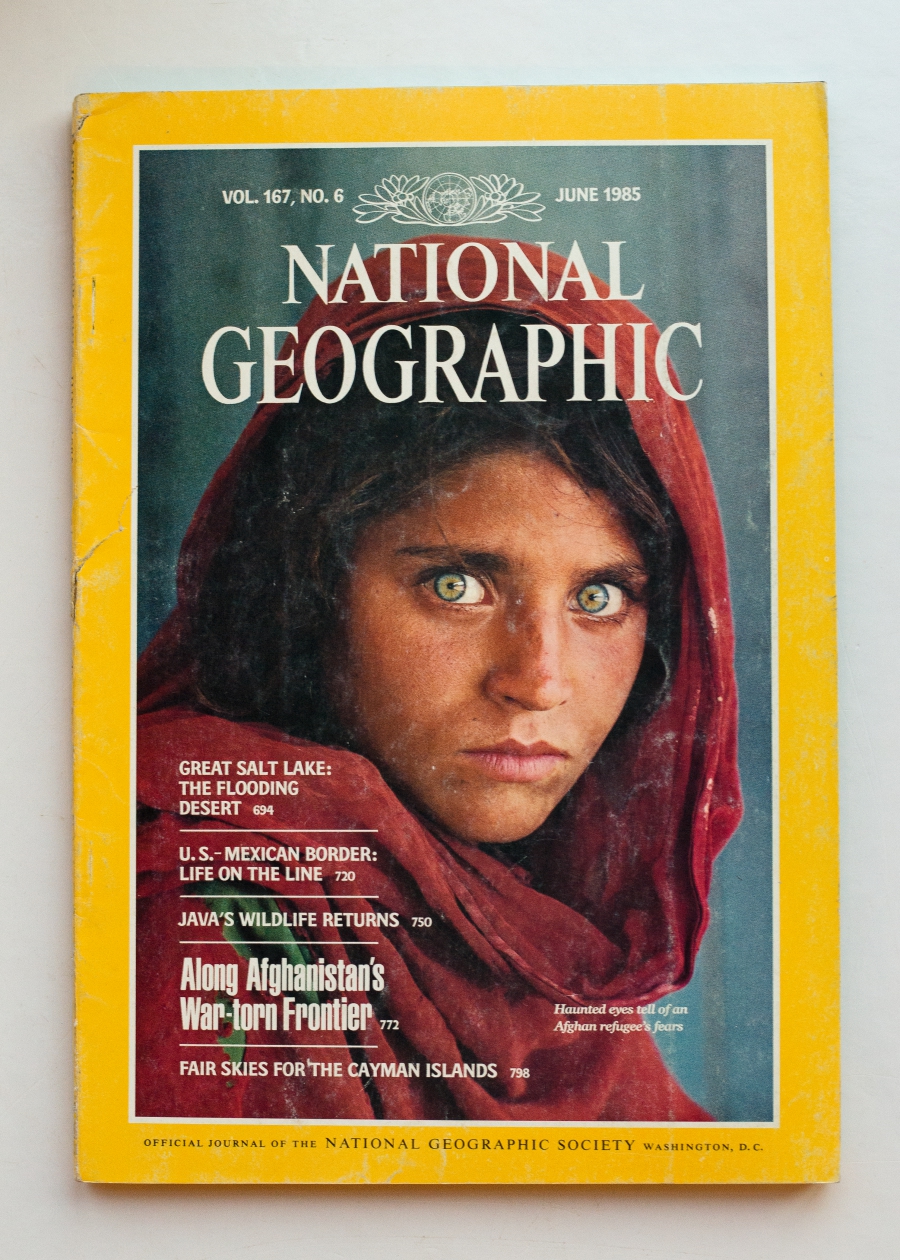 Katie G. Nelson found a well-preserved copy of this famous National Geographic issue in Kenya, about the same time the cover subject was being arrested in Pakistan.

Though that memorable issue was published 31 years ago, Gula has returned to the public stage on occasion. Once, in 2002, when National Geographic went back to Afghanistan to identify the woman, and again this week, when McCurry revealed that Gula had been arrested in Pakistan on charges of identity-card fraud.

I made a mental note of Gula’s arrest during my weekly visit to a bookstore in Nairobi, Kenya. I’ve lived in Nairobi for almost 1.5 years, working as a freelance journalist and photographer.

In that time, I’ve managed to befriend the bookshop's owner, known simply as Chan. Chan has run the bookshop out of a nondescript shopping mall in the Kilimani neighborhood for decades, collecting everything from rare African literature to bestsellers plucked from expat moving sales.

Chan and I initially hit it off after discovering our mutual hate of smartphones, and soon expanded our conversations in both topic and length to include subjects such as the smell of old books, Wilfred Thesiger, travel, bribes, selfies, Moleskins, the Italian Campaign of World War II, HAM radios and young people.

I had discovered Chan’s stash of old National Geographics a few weeks earlier — a treasure trove of pristine, marigold yellow magazines holed away in a dusty corner of his store.

Like many photojournalists, National Geographic magazines have remained a tangible representation of my lifelong love of adventure and storytelling — a conduit that helped me develop an insatiably curious mind and deep appreciation for our collective humanity.

But National Geographic also represented something else, something bigger than a photographer’s dream publication or an old-school travel bucket list. Rather, National Geographic was something like my childhood "vice" — a magazine whose yearly subscription was too expensive growing up, and thus, only to be enjoyed when visiting rich kids' houses or my dentist’s office.

So, when I found an original June 1985 edition of National Geographic featuring the Afghan Girl on Wednesday afternoon — one day after Gula’s arrest — I was awestruck. It’s in almost immaculate condition — her eyes so much more vibrant in analog than digital.

“There’s no way he’s going to sell this to me,” I thought while approaching the register. “No, way.” 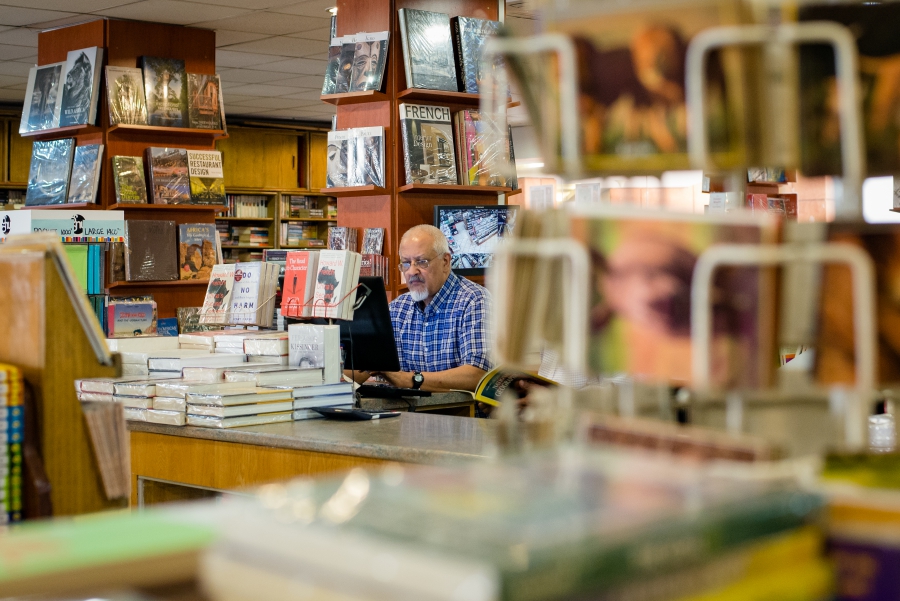 Chan, the proprietor of the bookstore, is trying to sell off the used items in his shop.

After sifting through my selections (the Afghan Girl nested between three other editions in hopes he wouldn’t realize) and discovering my find, Chan said, “I can’t imagine it going to anyone else.”

Gula is currently facing 14 years in jail or deportation for falsifying documents and illegally residing in Pakistan, according to officials.

McCurry has condemned her arrest and says, he is “committed to doing anything and everything possible to provide legal and financial support for her and her family.”