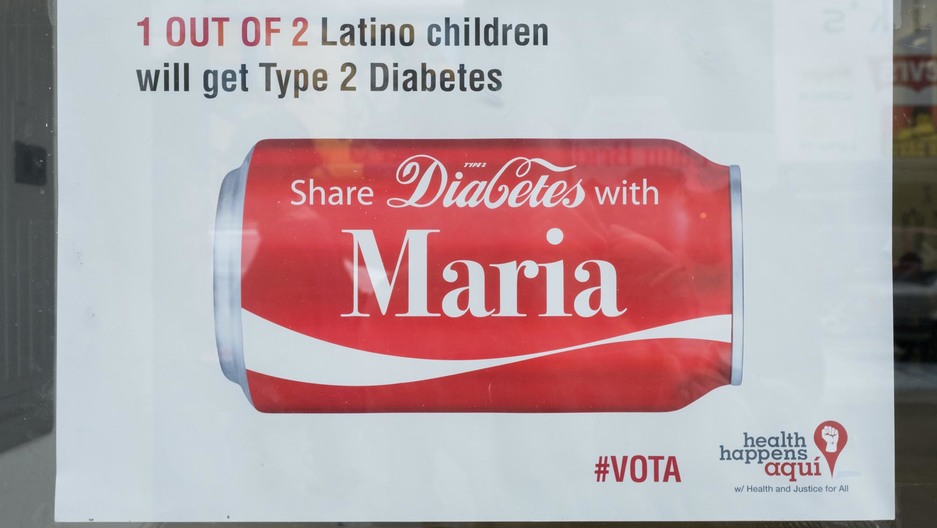 This campaign season, an ad featuring Kaykay Amamgbo, the owner of Oakland's African Caribbean Food Market, has gotten a lot of exposure. As images of smiling customers and bins heaped with ripe tomatoes roll across the TV screen, Amamgbo warns of a proposed tax that would raise food prices and hurt the community.

"The last thing we need in Oakland is a tax on groceries," Amamgbo says.

The ad is part of a series of TV spots featuring a range of Bay Area food stores, including a Halal butcher shop, an Asian market and a Latino grocery. Their message: Say no to the "grocery tax."

But if you look at the ballots in San Francisco, Oakland and Albany, you won't find mention of a grocery tax. What you will find is a "soda tax" — a penny-per-ounce excise tax on sugary drinks that proponents say will nudge consumers toward healthier choices while raising money for health and education programs. 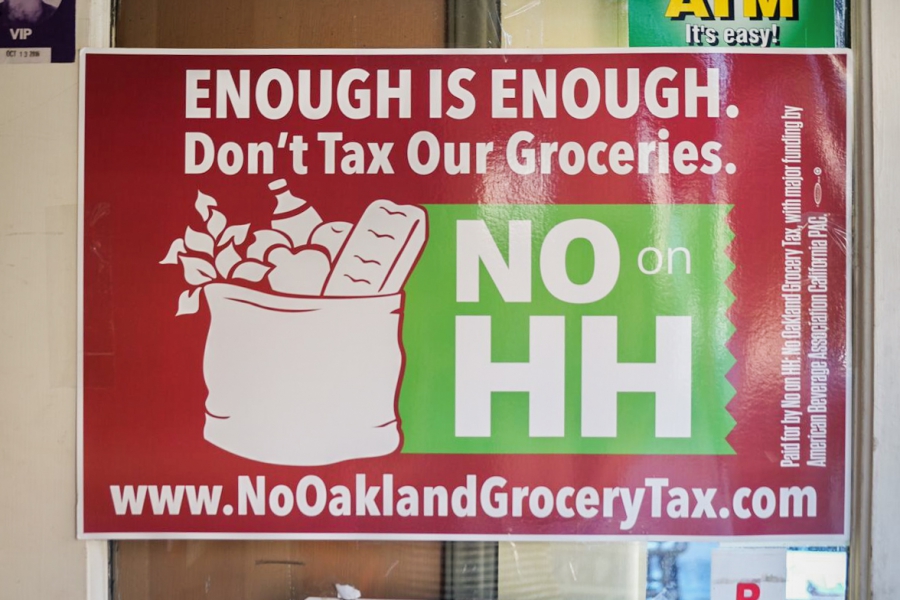 This is an ad for the No Oakland Grocery Tax campaign. The beverage industry says the proposed soda tax in three Bay Area cities would be a grocery tax, hitting low-income and immigrant communities.

The grocery tax ads are bankrolled by the American Beverage Association. The trade group argues that the tax measures are written in a way that would let store owners spread the cost increase to different products, not just soda.

Proponents of the soda tax take issue with the industry's message — and the messenger. At the headquarters of the pro-tax San Francisco vs. Big Soda, Monica Gomez gestures to a wall covered in ads and mailings funded by the beverage industry.

"This is our wall of shame," she says.

There are images of local grocers and restaurateurs. Gomez points out that they all have something in common. "There's nobody who is white," she says. "It's all targeted toward people of color and low-income communities."

That is especially galling to Gomez and other tax supporters, since diabetes rates among Latinos and African Americans are disproportionately high. Gomez, who was born in Mexico, says her mother and grandmother both have diabetes. For a long time, she assumed she'd eventually get it, too. 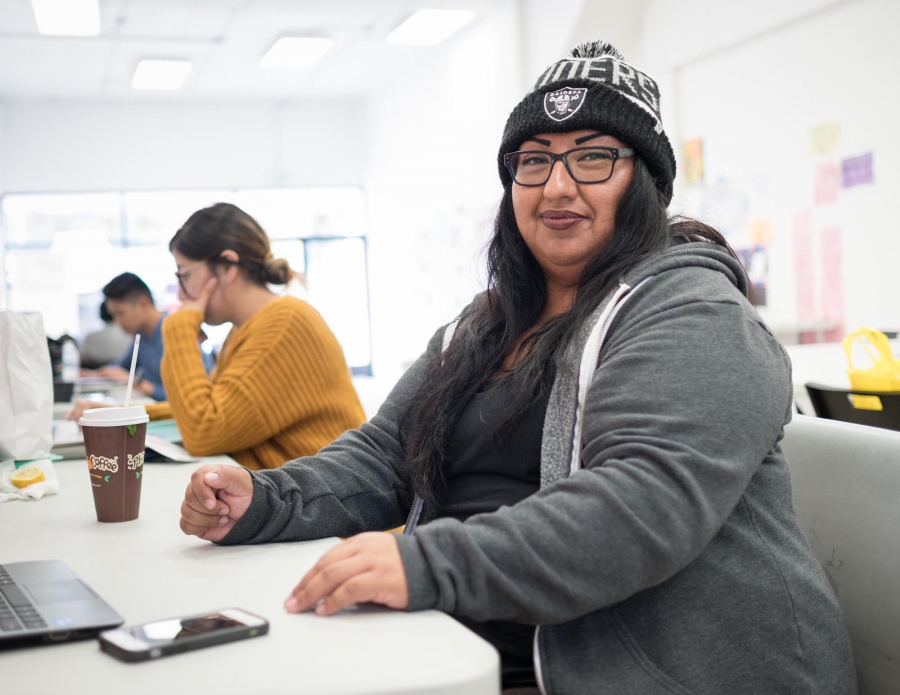 Community organizer Monica Gomez is pictured at her desk in the San Francisco vs. Big Soda campaign office.

Joe Arellano, a spokesman for the No Oakland Grocery Tax campaign, says the focus is on immigrants and low-income communities because they are the ones who will be hurt most by the tax.

The soda industry has spent more than $24 million fighting Bay Area soda tax proposals this year — almost twice as much as its opponents. And it's making headway.

On a recent afternoon, Kaykay Amamgbo was standing at the counter in her store when a meter maid popped her head in the door. "You look pretty on TV!" the woman said, referring to the anti-soda tax ads. "I was like, 'Oh my god! That's my girl!'"

The woman told Amamgbo that she'll be voting against the soda tax.

Amamgbo says she already feels squeezed by the cost of doing business in Oakland, and a new tax won't help. Her customers are very sensitive to price. "If a drink is $1.99, and then they come in and it's $2.25, they're going to notice," she says.

And they might go elsewhere. So instead of jacking up the price on soda, Amamgbo says she would spread the tax around to other items.

At the Mi Tierra Market in San Francisco, Adel Alghazali, a Yemeni immigrant whose family runs the store, says the penny-per-ounce tax sounds small but it adds up. To illustrate the point, he takes a two-liter bottle of a yellow soda called Tahitian Treat off the shelf. The bottle costs 99 cents, but a penny-per-ounce tax would add 67 cents to the price. On top of that, customers also pay a bottle deposit, sales tax, and they’re charged for a plastic shopping bag. "It's really sad, and it's not fair," Alghazali says. 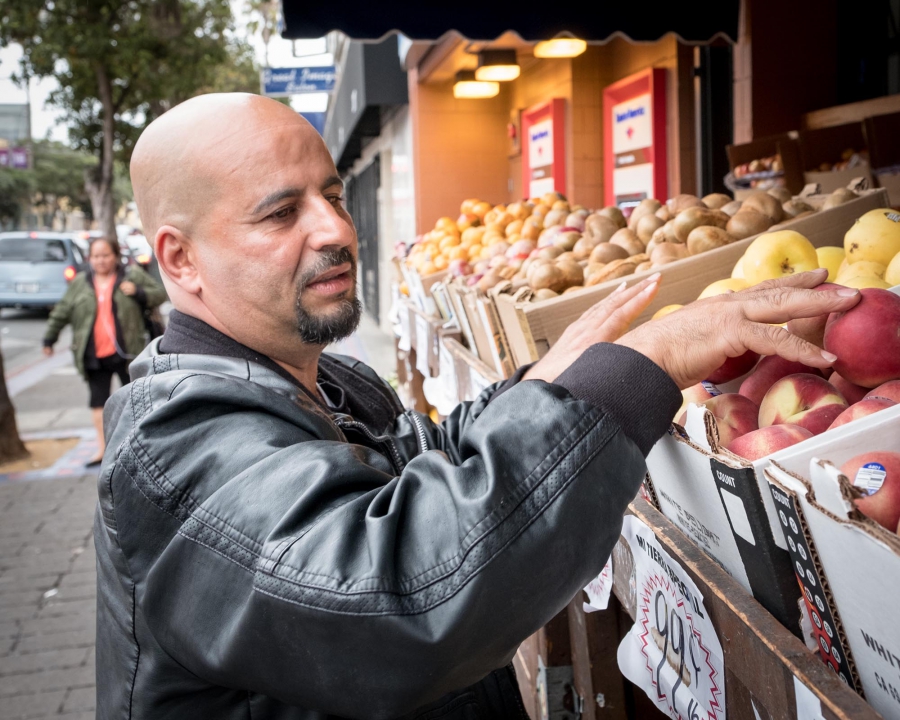 Alghazali says the soda tax is unpopular among his customers, many of whom are barely getting by in a pricey city. "We're already struggling as it is," he says.

As Alghazali sees it, it's not so much that he's siding with the soda industry, but with his customers.

Public health advocates say he's not doing his customers any favors. People who regularly consume sugary drinks are at higher risk of diabetes and heart disease. Since the city of Berkeley's soda tax took effect in the spring of 2015, consumption of sugary drinks has dropped by 21 percent, according to a recent study by researchers at the University of California, Berkeley.

Learn more about the soda battles in this interactive.

Researchers there are also collecting data to see how the soda tax has affected prices on sugary drinks and other groceries. Jennifer Falbe, a post-doctoral research fellow at Berkeley’s public health school, works with a team that has interviewed 33 local business owners so far. Most have increased their prices on sugary drinks, she says. But none has reported raising the price of grocery items other than beverages.

As Election Day nears, both sides are racing to sell voters on their version of what the tax would mean. At the Oakland vs. Big Soda campaign office, Claudia Rodriguez-Briones makes calls as part of a Spanish-language phone bank. 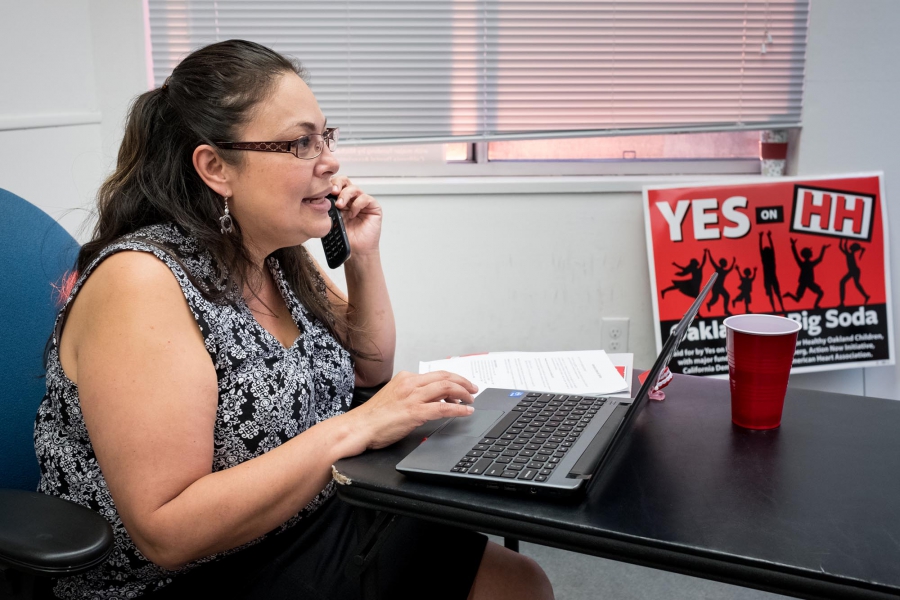 Rodriguez-Briones works for La Clinica de la Raza, which serves low-income people, many of them Latino immigrants. Diabetes and dental problems are common among the clinic's clients, but Rodriguez didn't start out supporting the tax.

"Actually, at the beginning, I have to confess that I was even confused," she says.

She first learned of the tax when a brown paper grocery bag came in the mail, courtesy of the American Beverage Association. Printed on the side were the words "Sack the Grocery Tax."

When the pro-soda tax campaign asked her clinic to endorse the measure, Rodriguez-Briones wasn't sold. She says she didn't feel comfortable promoting a tax on groceries, but agreed to do more research.

Then she read up on the anti-tax argument, "and I understood that it was just a scam," she says.

Tonight, working the phones, she hopes to set the record straight.

This story was produced in collaboration with the Food & Environment Reporting Network, a nonprofit news organization.