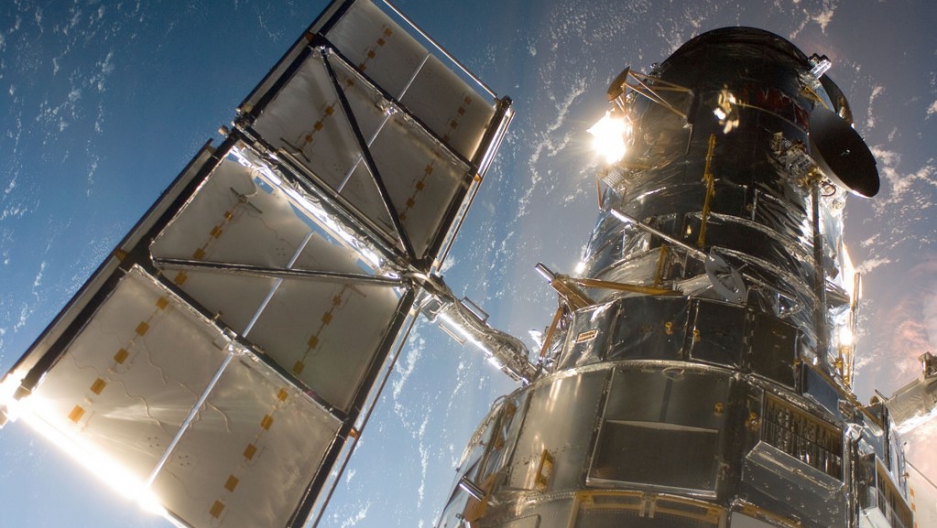 Mike Massimino is one of the few people on the planet who has looked back down on Earth from the Hubble Space Telescope, which is now about 340 miles above us in space. Massimino got this chance twice, in fact, on separate repair missions.

But to hear him tell the story, Massimino’s dreams of becoming an astronaut were always a bit of a long shot. In fact, he was rejected by NASA’s astronaut program three times.

Massimino had wanted to be an astronaut since July 20, 1969, when Buzz Aldrin and Neil Armstrong made their historic landing on the moon. He was 6 years old then and growing up in the suburbs of Long Island. He remembers the day clearly.

But along with other childhood dreams, like playing for the Mets, he eventually shelved hopes of becoming an astronaut. “It was like growing up to be Spider-Man,” he says. “It was just something I couldn't imagine happening.”

Massimino found himself coming back to the idea, though, after college. And over the course of several years, he applied twice to become a NASA astronaut and both times was rejected in the first rounds. A few years later, he tried again, finally getting an interview. But the interview included a medical exam, which he failed due to poor eyesight.

Dejected, Massimino considered his options. Rather than taking NASA’s third rejection to mean that he should abandon hopes of becoming an astronaut, Massimino was determined to improve his eyesight.

“Even if I could rectify it somehow, which seemed impossible, still no guarantees of anything,” Massimino says. “But before I could even be considered again I had to do that. So I went through some vision training to improve my eyes so I could see better. And it worked.”

Decades after Massimino stared up at the moon, wondering about its exploration, he became an astronaut. And he says the view back down to Earth from space is beyond description — so lovely, in fact, that on one of his first space walks, he had to fight back tears to keep from getting moisture in his space suit.

“You can see the curvature of the Earth, and it's so magnificent,” he says. “My initial reaction was, ‘This is a secret.’ We are not, humans are not supposed to see that. It's more beautiful, it's more beautiful than human eyes can handle.”

His 6-year-old self would probably agree. And on one of Massimino’s missions to the Hubble Space Telescope, he got another boost from his Long Island past. He recalls how one afternoon when he was about 10, his uncle, covered in motor oil, came over to get his father’s help removing a stripped bolt from his car. Massimino's father called for him to join in. “Maybe you’ll learn something,” he’d said. Massimino watched as his father and uncle pounded a tractor screwdriver into the car’s oil filter for leverage.

“My father steps aside, my uncle yanks on it and says things that I can't repeat on your show now. And he finally gets [the bolt] to break,” Massimino says.

Years later, Massimino faced a similar problem in space — a handrail needed to be removed on the Hubble Space Telescope, but one of the bolts was stripped. Even Mission Control’s solution sounded familiar.

“The short of it is that the suggestion was, ‘Let's see if Mike can just rip this thing off,’” he says. “And we were floating, you know, 350 miles above the Earth working on this billion-dollar telescope. ... The thought that went through my head was, ‘This one's for you, Uncle Frank.’ Going right back there to Franklin Square, out on the street. And I just gave it a couple of tugs and yank, it came right off, just like that oil filter came loose.”

These days, Massimino is a professor of mechanical engineering at Columbia University, but he writes about his two shuttle missions to space — and the winding path that led him there — in his new book, “Spaceman: An Astronaut's Unlikely Journey to Unlock the Secrets of the Universe.”  And while he’s not holding out hope that NASA will take him for a third mission, Massimino is keeping his eye on the companies that may someday offer private flights to space.

“I cannot live on this planet without thinking I'm not going to get another chance to leave it,” he says.