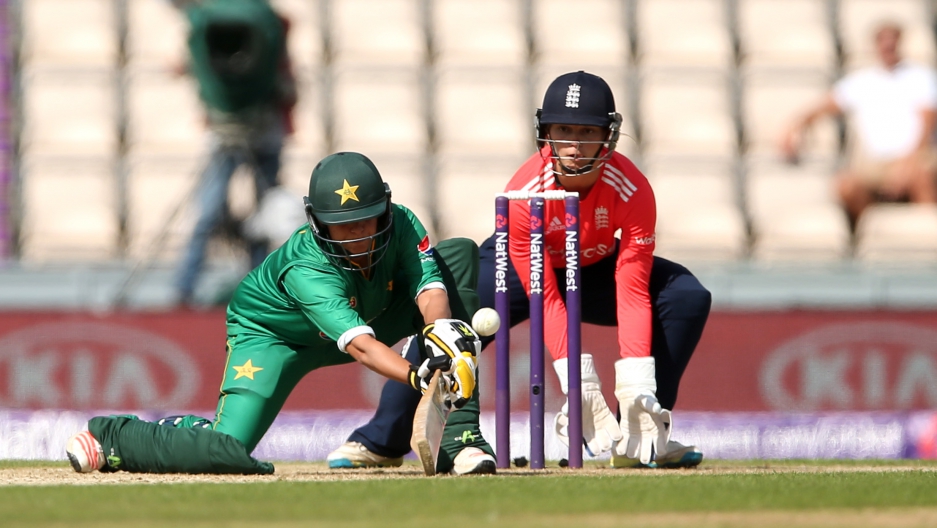 I’m an American — and the only thing I knew about cricket until about a week ago was that they take a break for tea in the middle of the match.

So when the most famous woman in Pakistani sports agreed to show me how to throw (or bowl, actually) a cricket ball — it was a little embarrassing.

Evidently, I bend my elbow a bit too much, Sana Mir tells me. 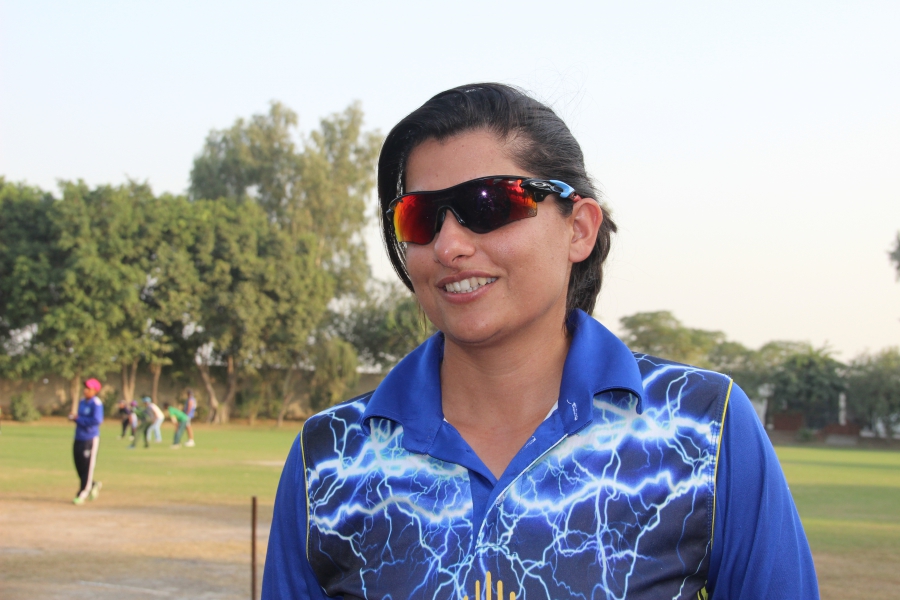 Sana Mir is a star cricket player in Pakistan.

Mir is the captain of the Pakistani women’s cricket team and at age 30, she's already a veteran. She hands me back the ball — it’s like a small baseball.

We’re at the Lahore Country Club. Behind us, pitchers are running toward batters and hurling the ball overhand at them.

The batters knock them away with big, flat wooden bats.

“When I started off, there were hardly any girls playing cricket, so it was on the streets with my bigger brother ... where I learned,” she adds.

Mir’s father was in the army, so they moved a lot. And every time they did, she had to prove herself again to the neighborhood boys.

“All those tests that I had to give, in every city and every team, show that I have got cricket in me," she says. "[It] made my belief stronger that I am better at cricket than many other things."

And in Pakistan, that means something. The sport is huge here. Imagine the popularity of football, baseball and basketball all rolled into one, and you’ve got cricket.

In 2003, Mir gave up a spot at an engineering university to pursue cricket full time. She got a push from her father.

Since choosing sports over academics, Mir has helped build up Pakistan’s first professional women’s cricket team. As captain, she’s led the team to wins in big international tournaments and against neighbor and longtime rival, India.

“I have no words to express — she’s so amazing," Tariq says. "In fact, on the field and off the field, her attitude, she’s so always motivated. Playing under her captaincy, I think I can’t ask for more.”

But Mir says she’s most proud of how her team’s performance has affected the country off the field.

Even though it’s getting more acceptable for women to play cricket, it’s still not exactly easy.

There are no dedicated fields for women. They don’t have the same cricket clubs as men. Women’s participation in all sports is low here — no Pakistani woman has ever won a medal at the Olympics.

On Thursday, I drove around Islamabad trying to find girls playing cricket — to ask if Mir was a role model for them.

I couldn’t find any.

So I surveyed a bunch of college guys getting pumped up for a match, including Sameed Akbar. Akbar says he knows who Mir is.

“She’s a good player, her family’s supporting her, and she also performed really well in domestic and streets, as well,” he says.

But when I asked if any of the guys had ever played with a girl — the answer was a resounding chorus of "No."

There’s still a lot of work to be done for women’s cricket.