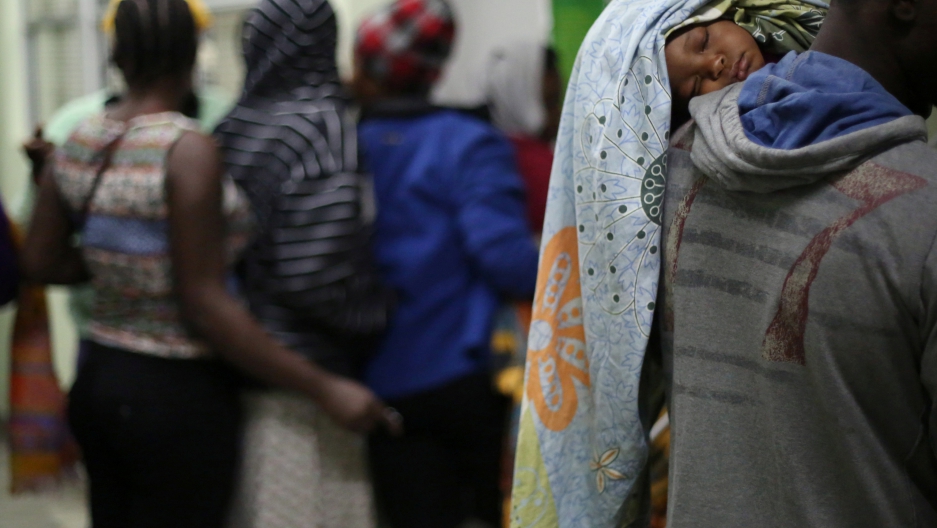 Haitian migrants inside a shelter in Tijuana, Mexico, after arriving from Brazil, where they relocated after Haiti's 2010 earthquake. Now, thousands of Haitians have decided to leave Brazil and its weak economy for the United States.

In a quiet Tijuana neighborhood, Haitian migrants mill about in the morning light. Some rest on blankets under trees, others play dominoes. Babo Pierrot, 44, wearing a tattered sweatshirt, talks to his wife in Haitian Creole. The couple and their baby boy arrived here about two weeks ago, migrating from Brazil. They had lived there since the massive 2010 earthquake in Haiti forced them to leave.

But now the family has been uprooted again. This time, it was Brazil’s sinking economy that convinced them to move north. They are aiming for the United States, where they hope for better-paying work.

For this family and thousands of other Haitians facing similar circumstances in recent months, the uprooting has meant a 7,000-mile journey by land to get to Tijuana.

But entry into the United States is not guaranteed.

Until recently, many Haitians thought that they just needed to show up at the US-Mexico border, ask for asylum, and get in. Haitians were generally protected from deportation after the 2010 quake. But this September, as the number of Haitians heading to the border increased, the Obama administration said it would step up deportations. Officials said conditions in Haiti had improved since the earthquake.

Then, just a few days ago, officials switched gears again, delaying the new policy because of Hurricane Matthew’s destruction across the Caribbean.

The back and forth has created long waits, with Haitians filling shelters in Tijuana, or sleeping on the streets when shelters overflow.

Pierrot and his family hope things will change on Oct. 26. That's when they have an appointment with US immigration officials to see whether they will be allowed into the US.

Father Pat Murphy, who runs Casa del Migrante, a shelter in Tijuana, is hosting a lot of Haitians like Pierrot. Murphy also notes that more migrants from other countries, including African nations, have arrived in recent months.

But the vast majority of new migrants are Haitians arriving from Brazil. "They come by plane, boat, walking, horse, buses,” Murphy says. 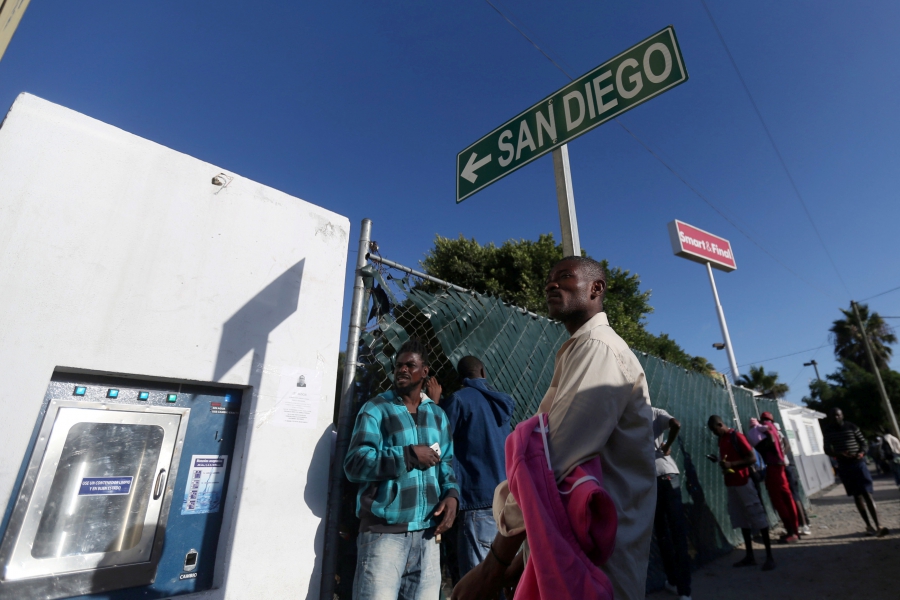 Haitian migrants line up for the chance to sleep in a shelter. Many have arrived from Brazil, where they relocated after Haiti's 2010 earthquake. Now, with Brazil's economy in a recession, thousands of Haitians have decided to migrate to the United States.

As the wait in Tijuana continues, some Haitian women cook in a kitchen lent to them by a local. They serve fried chicken and spaghetti on Styrofoam plates. Among them is Rose-Elda Fatton, who made the journey with her husband. Parts of Central America, she says, were tough. She had to pay a smuggler thousands of dollars to cross the sub-region, sometimes walking through thick jungle.

One leg of the journey involved crossing the Nicaragua-Honduras border by boat. She says that a baby fell off the boat and drowned. “There was a lady who was pregnant also," she says. "A lot of people lost their lives.”

She says she saw dead bodies along the way.

But Fatton made it and, like many others here in Tijuana, she is uncertain what will happen next. She has heard that the US has stopped deporting Haitians for now, but she wonders if they will resume again soon.

One thing she does know: The number of Haitian migrants on their way to Tijuana is not slowing down. “Right now ... there are tons of people in Panama,” says Fatton. They are paying thousands of dollars — she paid $4,000 — to smugglers.

“If you stand in a place and see where people are passing in the jungle, you will cry. Seriously. But I’m not crying because this is life,” she says.

Fatton will make her case to immigration officials on Oct. 29. Until then, she waits.