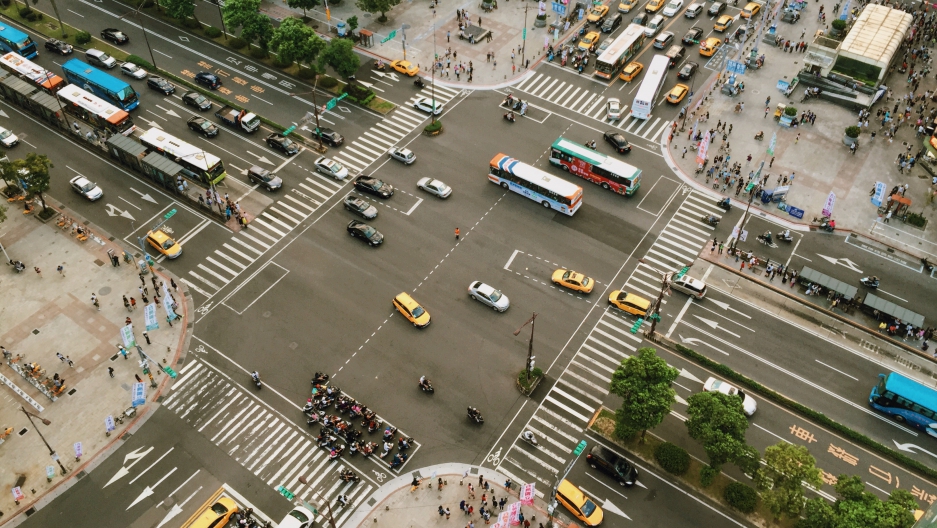 Sensors in new cars will be able to help us park, read road signs and navigate traffic.

We may still be a few years away from being shuttled around by fully autonomous vehicles, but cars on the road right now already feature powerful processing equipment like video cameras and radar.

And at the Paris Motor Show, which opened on Oct. 1 and ends Sunday, Oct. 16, Audi, Mercedes-Benz, and BMW unveiled cars that use sensors to find open parking spots, read road signs and determine the best route to avoid traffic. Industry insiders say these aren’t one-off tricks by luxury automakers: The future of cars is connectivity.

We already buy “smart” refrigerators and “intelligent” thermostats. But Josh Siegel, a postdoctoral associate in mechanical engineering at MIT, points out that, as opposed to our networked appliances, cars move. And moving cars can generate a huge amount of data.

“If you look at cars, there's an incredible amount of information there,” Siegel says. “You might be looking at 100, 200 or 300 sensors in a vehicle, and there's this rich information generation — 25 gigabytes of data every hour. How do you know what to transmit?”

Auto manufacturers and app makers are betting that the data generated from our driving can enhance our experience behind the wheel. Siegel says that in the past, auto manufacturers pushed data from their vehicles’ telematics systems into private clouds for their own use. Now, platforms like HERE are gathering information across a number of vehicle types:

“Audi, Mercedes, BMW, they're all sharing information from their sensors, from their infrastructure and putting it in one place,” he says.

That kind of data opens up new possibilities for apps and tools to aid drivers. Siegel gives the example of cars equipped with range-finding technologies like radar and LIDAR, which help with over-the-horizon awareness and adaptive cruise control.

“You can also use them to determine when a parking space might be open as you drive by,” Siegel says. “That Mercedes that just passed an open space might be able to tell the BMW that's a mile away that that space is open, [so] the BMW can route to it automatically.”

But connectivity isn’t just coming to luxury brands. Automakers like Ford and Chevrolet already offer smartphone apps that let drivers lock the doors, start their engines and more. What about notifying us when a tire has gone flat in the office parking lot? Doug Newcomb, a car tech journalist and president of C3 Group, says the pieces needed for that kind of integration are already in place.

“[Your car’s] tire pressure monitoring system should be able to tell the app that, ‘Hey, at 2 in the afternoon or 10 in the morning, you have a flat,’ so you can call AAA or whomever,” Newcomb says. “So that's an example of some of the benefits that this connectivity can have. And also an example of how all these pieces are in place, it's just a matter of tying it together.”

But critics (and even some consumers) have raised concerns about the security of connective automobile technology. Last year, a team of "white hat" hackers, or computer security specialists, remotely disabled the brakes and transmission of a Wired reporter’s Jeep Cherokee, leading to a 1.4 million-vehicle recall and a popular YouTube video.

Siegel notes that as connectivity expands in the automotive industry, expectations for its security are growing.

“[Connectivity] wasn't really planned when all these automotive architectures were put into place,” he says. “That said, hacking is a risk sort of local to the vehicle today. We haven't seen any exploits demonstrated at scale, but it's definitely an area of research. There’s a lot being done in terms of applying machine learning to intrusion detection.”

Ultimately, experts draw a direct line between connected cars and self-driving cars, with connective breakthroughs paving the way for technologies like autonomous navigation.

“If we think about a vehicle as a big series of sensors driving around, we can use that information to build the type of maps that vehicles need to navigate themselves,” Siegel says.

When the cars being planned today are released in 2020 (the auto industry has a four-year planning cycle), Newcomb thinks that they’ll incorporate more features that draw on our smartphones. For example, Newcomb envisions our smartphones moonlighting as safety devices since they’re the wireless tools that drivers and pedestrians have in common.