Phosphate deposits on the sea floor off the coast of Baja California could be a feedstock for agricultural fertilizer. But digging them up could put a fishing community, endangered sea turtles and other marine species at risk.

The view from the sleepy town of San Juanico, Mexico, is about what you’d see from any village along the Pacific coast of Baja California — craggy coves, turquoise waves, a couple of surfers and fishing boats. But 25 miles offshore, there’s something different. The sediment at the bottom of the sea out there is rich in phosphate, a mineral form of phosphorus that’s vital to the rest of the world.

You can’t grow food without phosphorus, which is why this stretch of sea floor has drawn the attention of a group of Mexican and foreign companies. They want to dredge up the phosphate off of San Juanico and use it to make chemical fertilizer.

Most of the phosphorus used for fertilizer currently comes from phosphate rock on land, but those supplies are dwindling, and most of what’s left can be found in just two countries, Morocco and China. That’s got a lot of people worried about a supply crunch and a cascading impact on global food supplies and prices.

“If phosphorus were to become more scarce,” says Dana Cordell of the Global Phosphorus Research Initiative in Australia, “it’s likely that food prices could rise, and there would be more hungry [people].” 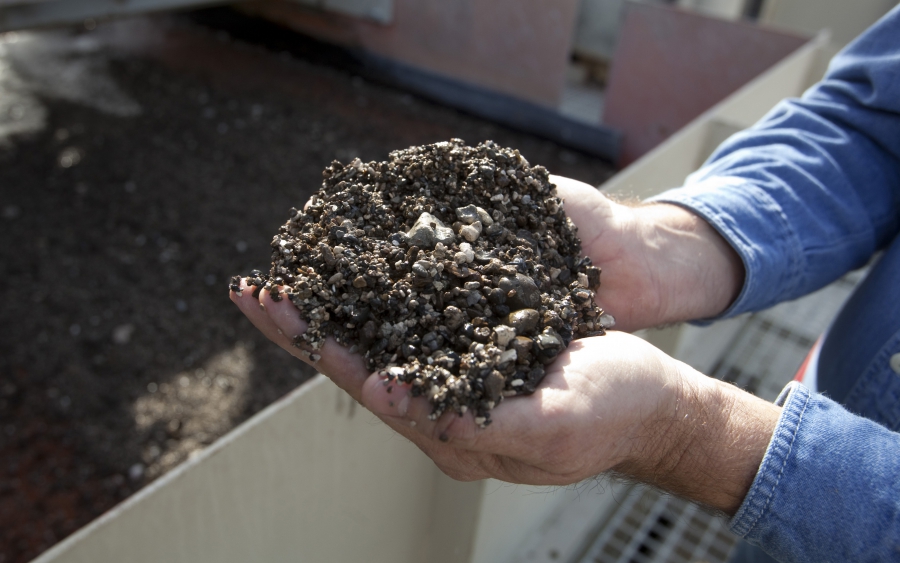 Phosphate is vital to chemical fertilizers used to grow food around the world. With a growing demand for food and a diminishing supply from traditional sources, fertilizer producers are looking for new sources.

Hence the interest in undersea deposits like the one off San Juanico. The mine would be the world’s first underwater phosphate mine. None of the companies involved would agree to an interview, but the project’s website says it would allow Mexico to cut its dependence on phosphate imports and strengthen the country’s food security.

Tough to argue with, perhaps, except among folks who are worried about this stretch of Mexico’s coast.

“Everything would be finished here,” says fisherman Juan Luis Aguilar. He’s worked the waters off San Juanico for more than 30 years and is a member of a fishing cooperative that’s trying to stop the mining project.

Aguilar fears that the dredging will harm fish populations and kill lobster eggs. He’s afraid no one will want to come to San Juanico to surf or to see the whales that feed here. And, he says, “No one will want to buy our fish.”

Aguilar and his colleagues aren’t alone in their concerns. Scientists say there’s a lot of risks involved in a project like this.

The location of the proposed phosphate mining project is shown here. The area overlaps with a newly created sea turtle refuge. San Juanico, home to a local fishing community, is located in the cove due north of the site.

Biologist Jeanneht Armendáriz Villegas of Baja’s Instituto Politécnico Nacional, who studies mines in protected areas, says there are a lot of unknowns about drilling underwater, but some things are understood.

Phosphorous deposits often come with dangerous contaminants like uranium and cadmium, Armendáriz says. Plumes generated from dredging can affect whole aquatic ecosystems. And the ecosystem off San Juanico is especially important because it’s a refuge for a population of endangered Loggerhead turtles.

Underwater mining proposals in other countries have been denied previously. In April, Mexico’s environmental agency SEMARNAT turned this one down too, specifically because of the threat to the sea turtles.

Since then, though, the project’s backers have revised their application to include plans to protect the turtles. That has opponents worried that the mine could ultimately be approved because the language establishing the turtle refuge doesn’t explicitly exclude industry.

What it does mention is the possible impact of fishing on the turtles, which complicates things for local residents even more.

On a recent day in San Juanico, Aguilar and other fishermen were hauling in their nets, possibly for the last time. Researchers have found evidence that fishing nets may be responsible for a recent surge in turtle deaths in the area, so the fishermen were told to stay off the water for four months to see how the turtle population would respond. 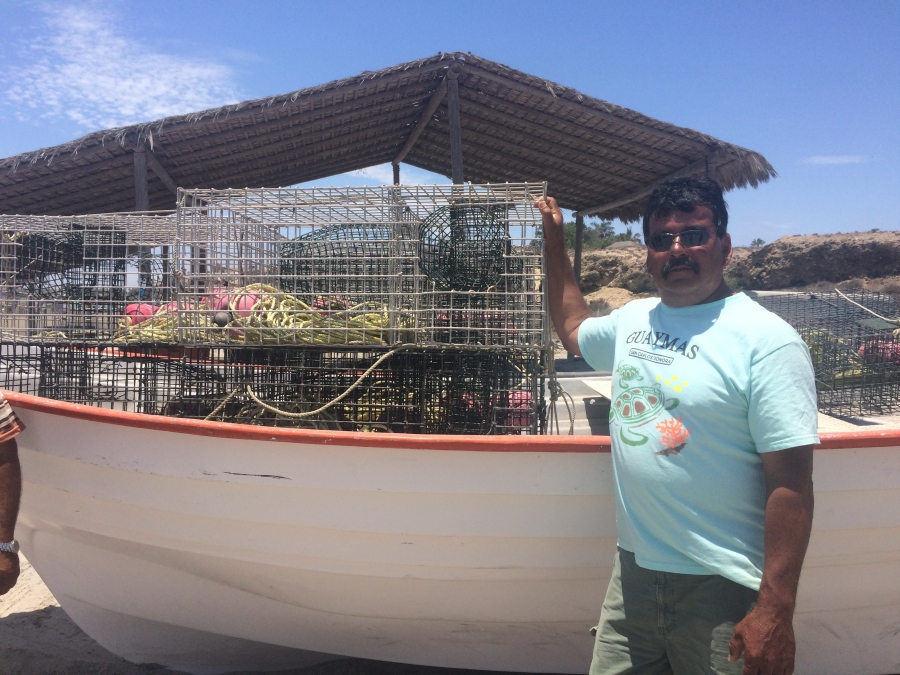 Fisherman Juan Luis Aguilar stands by his boat full of lobster traps and nets on the beach at San Juanico. He and other members of the local fishing cooperative fear the proposed undersea phosphate mine will put them out of business.

Now the fishermen worry about an ironic outcome — that they might be pushed out of business, while the underwater mine is allowed to go ahead.

There’s another irony as well. If the Global Phosphorus Research Initiative’s Cordell is right, Mexico and the world may not even need this new source of phosphate.

Instead of digging for more phosphorus in sensitive places, she says we should focus on efficiently using the supply we already have.

“About 80 percent of the phosphorus we’re using is lost or wasted,” Cordell says, but she adds that it doesn’t need to be lost forever. “If we’re smart, we can capture and recover that phosphorus for reuse.”

This story was produced in collaboration with reporter Celia Guerrero and Round Earth Media.