If the TPP is passed, American dairy farmers could see their cash receipts from butter and cheese exports increase $275 million annually.

Pennsylvania is a critical swing state, and the presidential candidates have been spending a lot of time there. Far away from the big cities and campaign stops, you’ll find Mark Fulton’s dairy farm, near Gettysburg.

Fulton, his dad, and one full-time employee milk their cows at 4 in the morning and again at 4 in the afternoon, every day, 365 days a year, rain or shine, sleet or snow. A tanker truck comes by and picks up their milk every other day. If prices are low, and they’ve been low for a while, Fulton still needs to milk his cows.

“One year in the past five years, we did well, we made money,” says Fulton. “The other four, you break even or you lose money. I know they claim if you do a five-year average, they say you make money. But it’s really hard when the year you made money was five years ago.”

Fulton’s been losing money, in part, because there’s an oversupply of milk in the US. But if the Trans-Pacific Partnership, or TPP, were passed, more countries would want his dairy products.

President Obama is strongly pushing for passage of the TPP, which would create the largest free trade zone in the world. Many Republican lawmakers in Washington also favor the trade pact. But the two main presidential candidates, Hillary Clinton and Donald Trump, are falling over each other to distance themselves from the agreement. 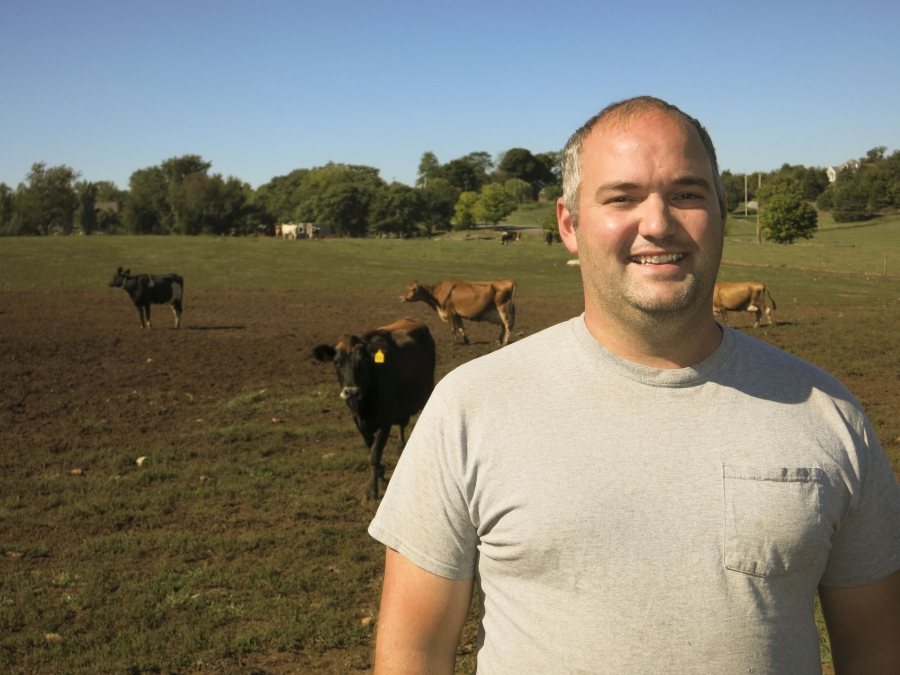 Mark Fulton's family has been milking cows in Pennsylvania since 1950.

“It’s between 30 and 35 percent on butter and cheese,” says Everett Peterson, an agricultural economist at Virginia Tech University.

The TPP would gradually remove tariffs, making American butter and cheese 30 to 35 percent cheaper and therefore more attractive to Japanese shoppers. That’s if the TPP is ratified.

“And if we did not sign the TPP and Japan continues with its separate bilateral agreements with Australia and New Zealand, the US is going to be put at a competitive disadvantage,” says Jason Grant, also at Virginia Tech. “Our products will look relatively more expensive if we do not participate in this agreement.”

“You can be talking about some very big numbers,” says Mark O’Neill with the Pennsylvania Farm Bureau. “Farm bureau economists have projected that nationwide it would increase farm income by $4.4 billion when the TPP is fully implemented. Here in Pennsylvania, we’re looking at $177 million per year.”

And that extra income could translate into jobs on the farm: some 40,000 nationwide.

That’s the sticking point of the TPP, though: jobs. Labor organizations oppose the trade deal, arguing that it would hurt too many American workers. One economic study concludes that the TPP could cost the US roughly 450,000 jobs. The Obama Administration concedes that jobs would be lost, but argues that the TPP would create new ones too. For instance, on Mark Fulton’s dairy farm.

“Farming may be tough, but I do believe, it’s a good job to have, there are lots of benefits to it. A little more money in our pocket, that would be a great way to expand the business, help create a few more jobs,” says Fulton.

Fulton is passionate about farming and food. But many argue that jobs like milking cows don’t replace higher-paying work in manufacturing, for example. The bottom line: Trade deals always produce winners and losers. On the farm, they get that. But the TPP would also be a big benefit to American farmers.

Consider farmer Mathew Meals in Newville, Pennsylvania, who runs a herd of up to 50 head of cattle. The TPP could open the door to a lot more beef exports to Japan, New Zealand, Vietnam and Malaysia. Meals says the trade agreement has become one of his top concerns. 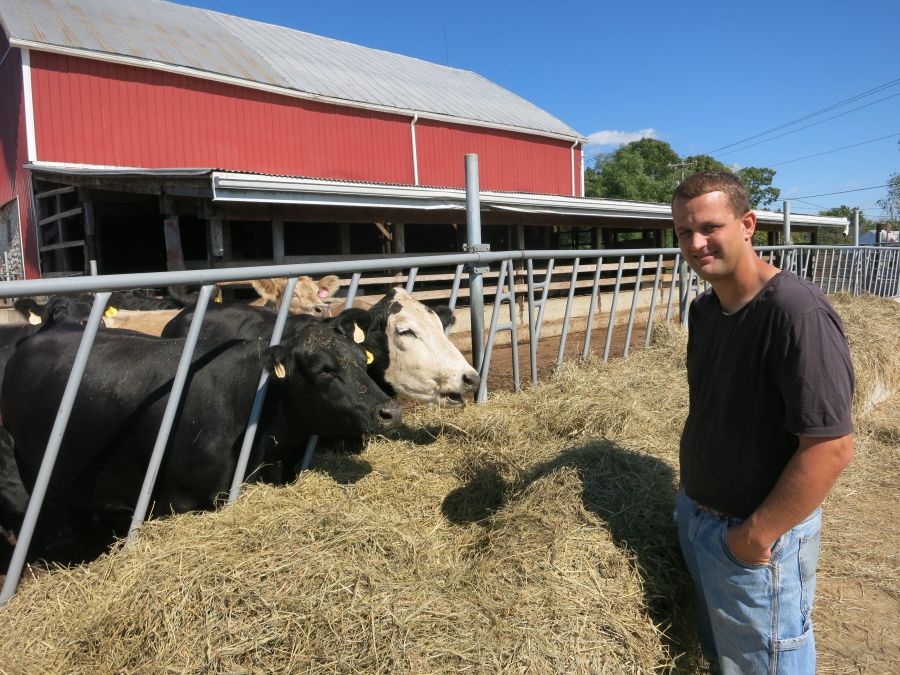 Mathew Meals runs a cow-calf herd of up to 50 head of cattle.

“And I hope that whoever is currently in office, or whoever will be in the future, will take a look at it for what it is and not part of a more political agenda,” says Meals.

Both Hillary Clinton and Donald Trump have been very vocal about how much they dislike the TPP (as have both the Democrat and Republican US senate candidates in Pennsylvania). But both Clinton and Trump also say they’re looking out for the interests of farmers. I asked Meals which candidate he believes.

“Wow. Who do I believe?” says Meals laughing.

I asked why he was laughing, which elicited more chuckles.

“It’s interesting what you hear [from politicians], then what comes out in the end, and you always have that in an election year. I always put more weight in actions than I do words,” says Meals.

American farmers are less than 2 percent of the population, and they understand politicians are addressing a larger audience this fall. But they’re hoping that when campaign politics end in a few weeks, farm interests will again be taken more seriously.