Keith Knight has spent his life doodling, drawing and trying to make sense of the world.

He's certainly not in it for the money. "It provides me a meager salary, a modest salary," the American political cartoonist says. But for Knight, cartooning also fulfills a much deeper need. "It really is a way for me to express myself and to keep me from going crazy."

And what drives him really crazy is this: "[The United States is] built on ignorance of the past and if we don't acknowledge what happened in the past and don't rectify and make amends, then we're destined to continue to go this way."

Knight uses his cartoon series "(Th)ink, The K Chronicles" and his syndicated comic strip "The Knight Life" to mine the past as a way to comment on US race relations today.

A regular theme is police brutality, something he's cartooned about since the 1990s. 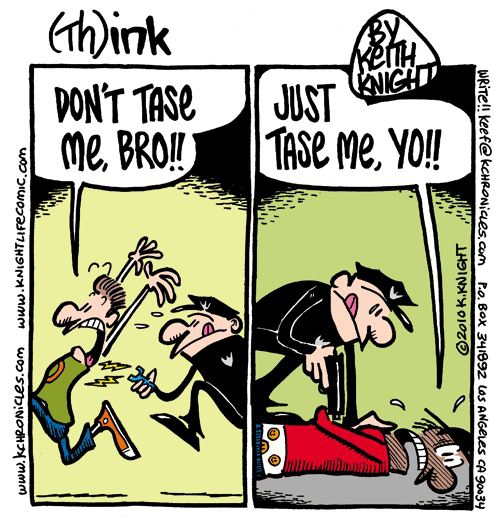 "I really think that this country's biggest problem is that we have not been able to acknowledge how this country was built — and it was on the backs of black people. This country was built on centuries of free labor and when you have a business or entity with generations and centuries of free labor and suddenly that labor's not free any more and you have to pay for it — that's not an easy transition." 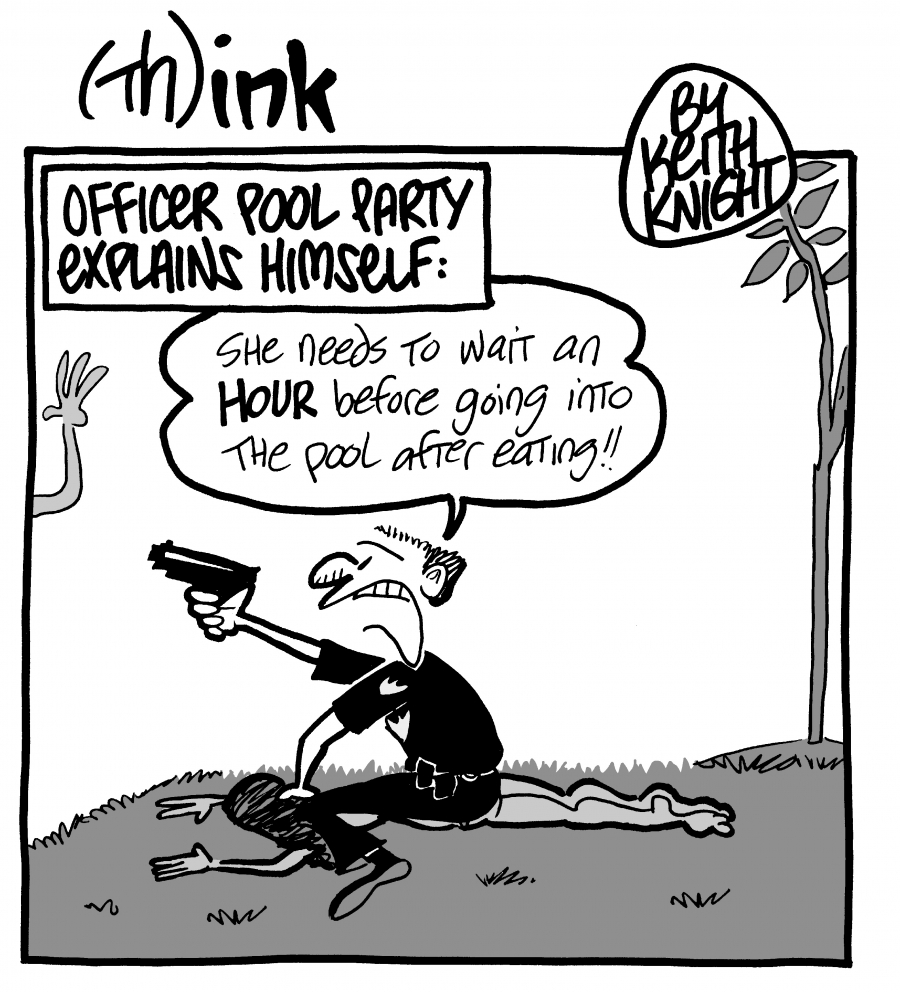 Knight points to the example of his wife, illustrator Kerstin Konietzka-Knight. "My wife is German. And when she learned in school about what Germany did in World War II, they learned about it every day, and systematically, exactly what they did, how effed up it was." Knight says the United States as a nation fails to address its history of slavery or Jim Crow laws in a systematic way.

"We don't learn that stuff. We learn nothing. We have naive politicians, very naive teachers. We have very naive people who just think ... like, 'What do you mean, get over it. It was a long time ago,' blah blah blah." 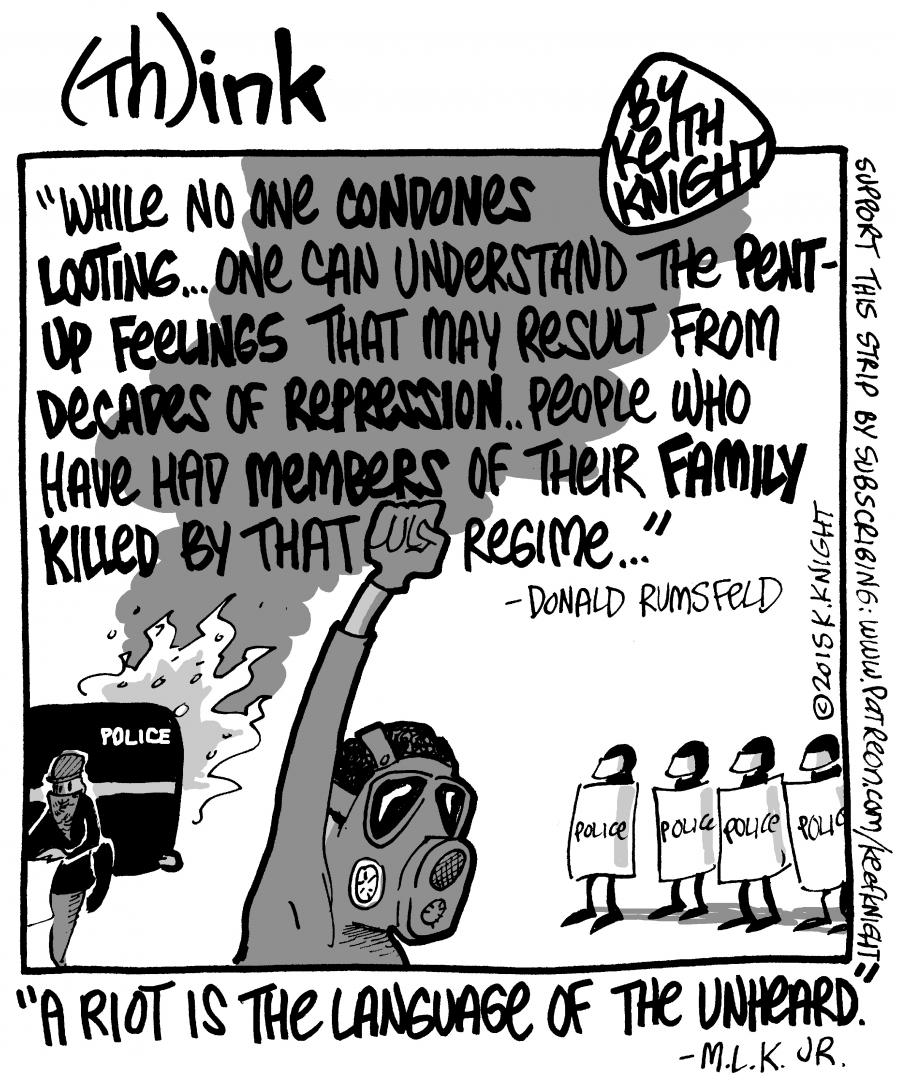 Credit: From (Th)ink by Keith Knight (used with permission from the cartoonist)

Knight tours the country delivering a slideshow presentation called "They Shoot Black People, Don't They?" to get people to engage on race matters. He especially likes talking with people who disagree with him. A favorite topic is explaining the Black Lives Matter movement. "Cartoonists are sort of the court jesters of modern day. They just use humor and illustration and text to simplify some very complex issues and hopefully give a fresh take that is accessible to the masses." 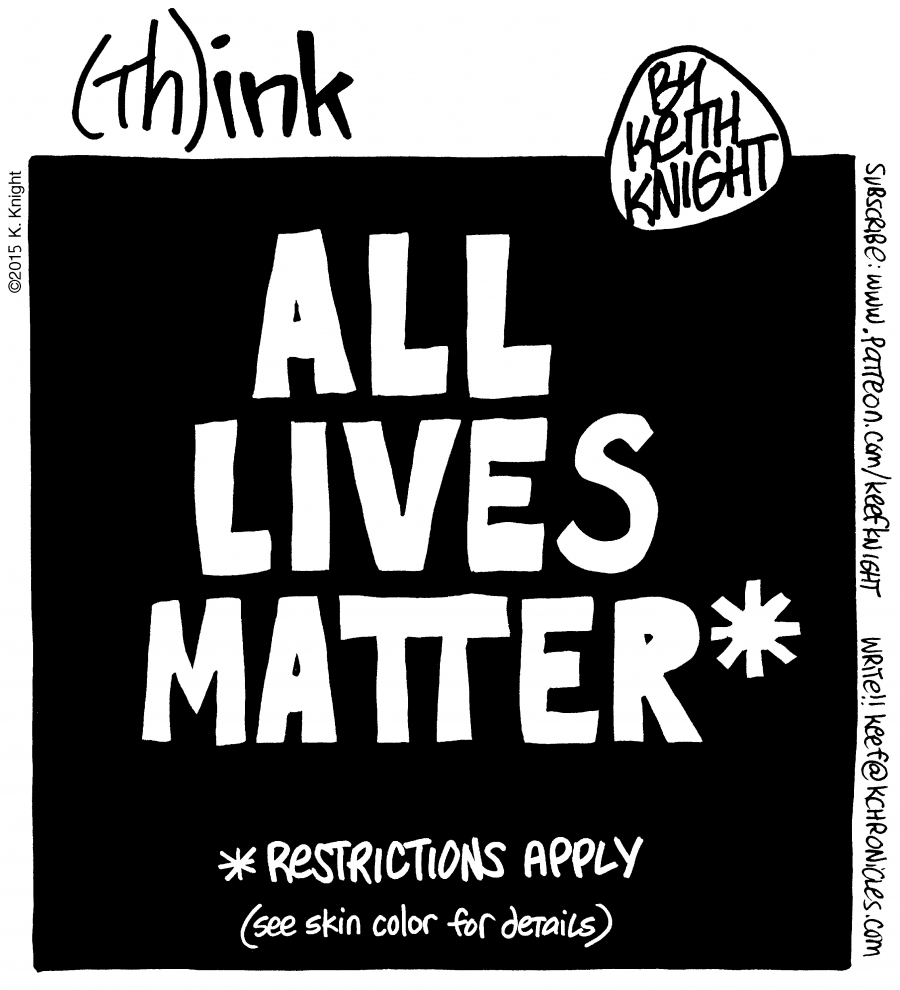 Knight believes people can easily use the web to reaffirm what they already believe, but overall, he thinks technology has helped improve race relations. "I think it's gone forward because for the first time, I don't have to convince white people that screwed up stuff happens in the black community. Through social media, through camera phones, you're starting to see that kind of stuff. You know it's an ugly reality, but it's a way to move forward. It's a terrible thing and it's a wonderful thing at the same time." 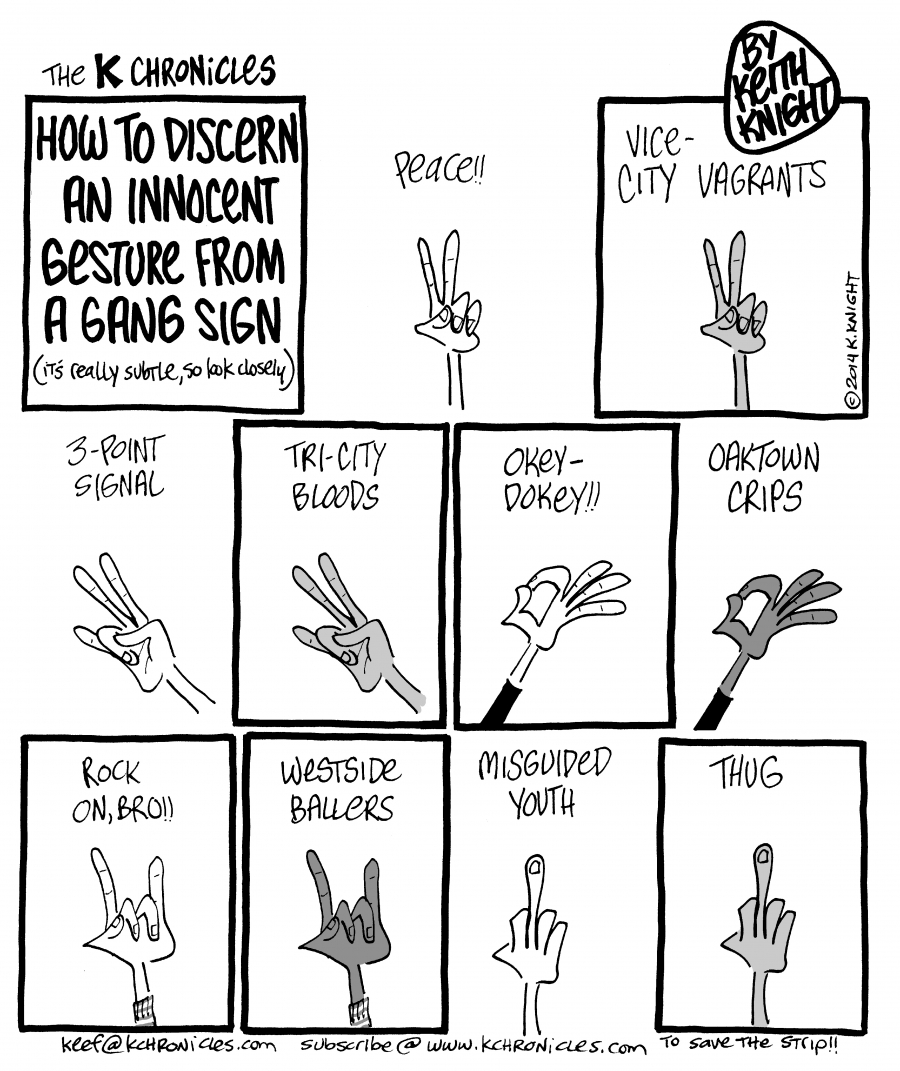 Watch a video of Keith Knight explaining how he got into cartooning and why the medium is so effective at explaining complicated issues: