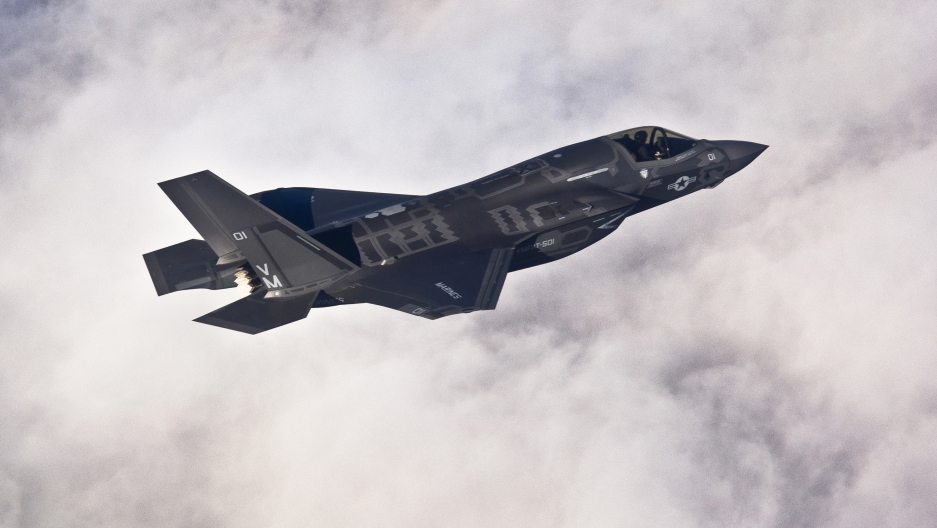 The completion of a US weapons deal with Israel worth $38 billion clears the way for two of Israel's Arab neighbors to buy US fighter jets.

De Luce says US government officials had trouble making up their minds about selling fighter jets to Qatar and Kuwait. Israel also had concerns "about Qatar in particular, and its links … with what they consider extremist groups," he says.

"But now that [the Obama administration has] done this memorandum of understanding with Israel, they appear to be ready to go forward with these sales.”

Although officials did not say the Gulf sales hinged on completion of the Israeli deal, observers see a quid pro quo.

“They would not say this publicly,” says De Luce, “but that is the understanding — that timing was important — and so by first settling Israel's security needs, then it was sort of a green light for the administration to turn to Kuwait and Qatar, and to sell them fighter jets.”

Tennessee Republican Sen. Bob Corker put it plainly. “I’m glad they consummated [the aid deal with Israel], and I’m glad that the follow on is we’re completing sales to Qatar, Bahrain and Kuwait,” he told Defense News. “To act like there’s no connection — let’s face it, it’s like the hostages left when the money arrived.”

An aircraft deal with Bahrain may be further from fulfillment, due to concern in Washington about the country's human rights record.

With the continuous supply of weapons assured by the new deal, the US will be delivering state-of-the-art warplanes to Israel. The Lockheed Martin F-35, a stealth fighter now being introduced in the US military, will help Israel retain air superiority in the region.

“The difference between what Israel can get and what other countries in the region can get … from the United States is that Israel always can choose … the most advanced type of arms that the US has to offer,” says Pieter Wezeman, a senior researcher at the Stockholm International Peace Research Institute. “So whereas Israel can buy the latest combat aircraft, the F-35, a country like Saudi Arabia [or Qatar and Kuwait] is not allowed to buy that."

Wezeman, who has tracked decades worth of weapons sales to the Middle East, believes that Washington’s MOU with Israel will maintain the current balance of power in the region. “I think it is designed in principal to maintain the status quo,” he says, “Israel having a smaller but more advanced armed forces than any of its neighbors.”

Wezeman says Israel will maintain a qualitative advantage over potential regional adversaries, “having the capability to, technically at least, reach deep into its neighbors’ [regions] and use force against them if there would ever be a need to do so.”

But even with Israel's technological edge, some politicians in Israel and Washington look at the sheer quantity of weapons sold to Israel's neighbors, and see problems.

The MOU with Israel and the pending sales to Qatar and Kuwait come at a time of record weapons sales to the region. The United Arab Emirates and Saudi Arabia have been on a weapons buying spree for the past decade. And in recent years they have begun to use them.

“The several Arab states, in particular Saudi Arabia and maybe even more the UAE [United Arab Emirates], have now for the first time in the past few years used their military equipment in actual conflict — in Yemen, in Syria and Libya,” says the Stokholm center’s senior researcher. “It shows their willingness to use arms, their assertiveness, [and] their attempt to become more important as a player in the region."

"And I’m sure," Wezeman concludes, "that will also be a concern for those who look with a certain amount of wariness at the continuous streams of arms to these countries.”