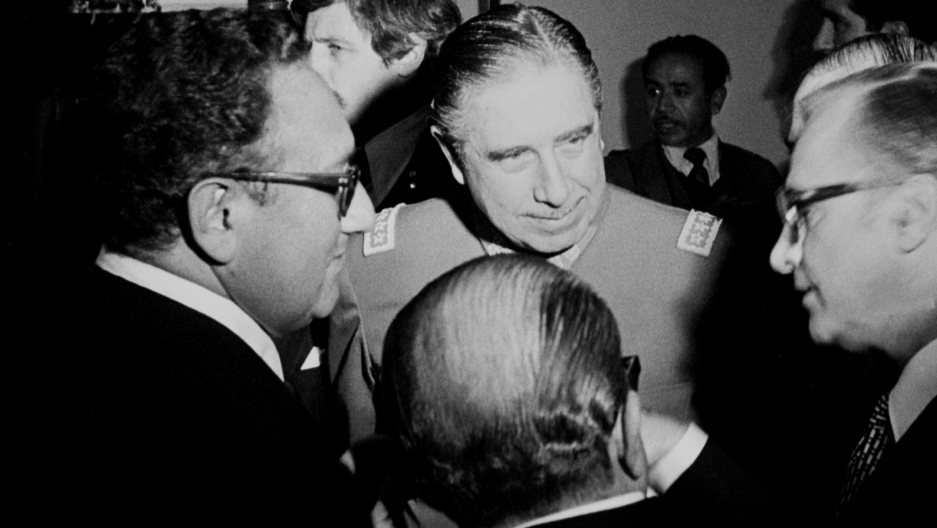 The murderers struck in the heart of Washington's Embassy Row.

Four decades ago today, former Chilean diplomat Orlando Letelier and Ronni Moffitt, his assistant, were killed when a remote-controlled bomb taped beneath their vehicle detonated.

Letelier had been living in exile in Washington, after serving in the administration of Chile's socialist President Salvador Allende.

When Gen. Augusto Pinochet led a coup that ousted Allende in 1973, Letelier was among the first to be arrested and tortured by the new regime.

After his release from a Chilean concentration camp, Letelier, his wife and four sons fled to Washington.

But they didn't find the safety they'd sought in the US.

"We'd always receive ominous phone calls. My mother would answer the phone to a query of 'Are you Mrs. Letelier?'" recalls the former diplomat's son Francisco, who was 17 when his father was murdered. "And she would say 'Yes.' And the reply would be 'No, you are his widow.'"

The FBI tracked down the agents of Pinochet's secret police who planned the assassination along with Cuban exiles and an American expatriate, Michael Townley. And now, declassified documents released just last year appear to show the Chilean dictator personally ordered Letelier's murder.

Francisco Letelier says he appreciates the opportunity to hold those documents in his hand.

Murals commemorating victims of the attack hang in Washington, DC.

Francisco Letelier is now 57 and works as an artist in Los Angeles. This week he unveiled a five-panel mural at American University in Washington, DC. It commemorates the lives lost in the bombing and the Chileans and others who fought to understand the truth about the murders.

Letelier isn't certain the entire truth will ever be known about the role high-ranking US officials like Henry Kissinger played in the aftermath of the coup. Kissinger was President Richard Nixon's national security adviser. He was appointed secretary of state just weeks after Allende was toppled. Documents show the Nixon White House instigated and supported the overthrow.

"We may not find grounds to indict him, but it's wonderful for us to be talking about Henry Kissinger, to be chipping away at that monolithic kind of identity that people have formed in their minds of him," he says.

"Every time time declassified documents appear and are available, I know it makes [Kissinger] uncomfortable. And I hope it makes him just a little bit as uncomfortable as I felt when I was 17 years old and was pulled out of my high school geometry class to be told that my father had lost his life through a bombing — by agents of a man who Henry Kissinger supported implicitly and encouraged to take over power in Chile. And protected after they had set into place hits and assassinations across the globe, to silence opponents to that regime," he says. "I hope he feels just a little bit more uncomfortable."