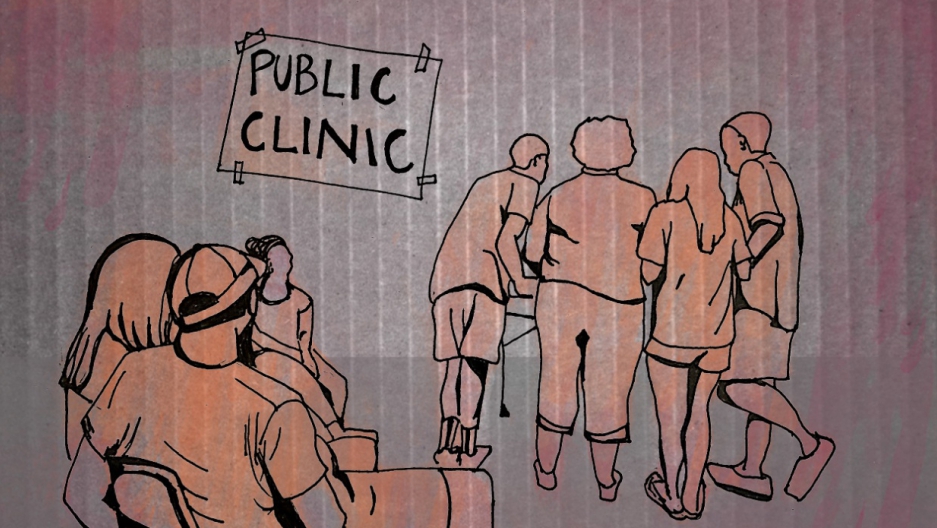 Kids at camp Anytown Alabama do an exercise on what it might mean to be undocumented, including the difficulty getting health coverage.

I grew up in Birmingham, Alabama, in an almost completely white neighborhood. The only black people I interacted with as a kid were friends’ nannies and grocery store clerks.

When I was 16, I went to a camp called Anytown Alabama, where high school students from all over Birmingham participate in workshops on race, sexuality, gender, class and religion, all rooted in personal storytelling. At camp I got to talk with people from all over Birmingham. I saw how sharing stories can be used to generate understanding, ease fear and eliminate hatred.

Since then, I’ve returned to camp as a staff member to give back to camp and to renew my optimism for storytelling as a tool for human connection.

Back when I was a camper in 2004, the camp curriculum focused on divisions between black and white youth, which makes sense given Birmingham’s history of segregation and racial upheaval. Now, though, there’s something else in the camp curriculum.

Camp directors debuted a three-hour workshop on immigration in 2011, around the same time Alabama passed one of the toughest anti-immigration laws in the country, Alabama HB 56.

This summer, I documented the immigration workshop.

It started with a game in a carpeted gymnasium. Each of about 70 campers was handed an index card — yellow, orange, pink or green — marked with tasks including things like "broken leg, go to the doctor," "get a driver’s license" and "get job."

Campers negotiated with counselors dressed up as factory owners, DMV employees and nurses to complete their tasks in 15 minutes. The campers, though, weren’t told what the game was about.

During the exercise, you could hear kids playing their parts.

“I broke my leg! I’m speaking English. Why is everyone doing this to me? I don’t understand,” one camper said. “I think it’s because I have a weird passport or something!”

Another camper said she was in jail, a taped-off circle of chairs patrolled by two counselors dressed up as ICE agents, twirling plastic handcuffs around. She was “arrested” after she tried to get a job at a poultry plant — “I was told I’d be paid $5.50 an hour and when I said that was illegal because it’s less than minimum wage, I was informed that other things are more illegal,” she said.

One camper was frustrated. “I can’t get into a college,” she said. “I got arrested in the first 5 seconds, they put a tracking device on me! … I go to the admin center and they’re like, 'Our racial quota is filled.' And I couldn’t get into any college! And I’m going to resort to a life of crime!”

After about 15 minutes, the teens settled into small groups to talk about the game. They’ve been meeting in the same groups for facilitated dialogue all week.

A counselor started the conversation by asking why one of the campers had to stay in jail while the others got out.

“Because she was undocumented,” a camper said.

The counselor decoded the index cards. A pink card meant you’re undocumented and came to the US at age 13; orange meant undocumented and arrived at age 3; yellow meant born to undocumented parents; and green was a US citizen. The game introduces campers to America’s immigration policies. It also shows that immigrant families are diverse and often mixed status.

Carrying colorful index cards that determine legal status and opportunities didn’t feel like a game to all the campers there. Some of them were undocumented. And after the game ended, a few of them sat in front of the rest of the group and shared their stories.

“Just like the exercise a couple minutes ago, I would fall under the orange card,” one camper said. “In the exercise, most of you went to the doctor and most of you got rejected, right? It actually made me a little emotional when I got rejected because I’ve been through that situation before.”

He told a story about a time his mom was sick, without health insurance, and had trouble getting care.

Another camper spoke about watching her dad get deported. Another told a story about racism at school.

Their stories prompted the kinds of conversations that the camp hopes to generate.

“There is no way I can relate to you because I’ve never been through that,” said one camper to her undocumented peers. “But I can be there for you.”

Another said, “This workshop really opened my eyes because as an African American male, I tend to focus more on the problems I face and the problem that my people face. And I tend to forget there are actually people that have it worse than me.”

Many of the campers were in tears. Some said it was their first time hearing from someone undocumented who’s also a friend.

The next morning, after breakfast, counselors led a workshop about taking action at home and in school to build more inclusive communities. The campers spoke about media, voting and being friendly to new immigrants at school regardless of legal status. Each camper had time to set individual goals and make action plans.

Around 15 of the campers, of various racial identities and immigration statuses chose to make a smartphone video to share what they learned about immigration to friends back home.

“This,” they said together, “is my American dream.”