Commuters ride the escalator inside the Clapham Common underground station in London on Sept. 14, 2016. Some 700 people helped the Citizens Advertising Takeover Service (CATS) raise enough money to buy advertising space at the tube station, making it free from commercial ads for two weeks.

Here's a refreshing thought: What if the posters that bombard us every day weren't trying to sell us anything at all? What if they were just, you know, pictures of cats?

At one London Tube station, this wild fantasy has become entirely real.

A shadowy new art group called "Glimpse" began the project a few months ago. With the support more than 600 Kickstarter backers, they raised about $30,000 to buy up all the ad space and completely redecorate the Clapham Common subway station.

As you ride into the station, you still see a normal parade of ads. But then you get to the platform, walk up the stairs and hit the escalators — and everything's gone completely feline. A corridor of curious cats opens before you.

We asked James Turner, the man behind the project: Why?

"I think we wanted to imagine a world where public spaces were designed to make you feel good, and where they reflected what's really important in our lives, which is friends and families and experiences, rather than the stuff you can buy in the shops," the Glimpse founder said. 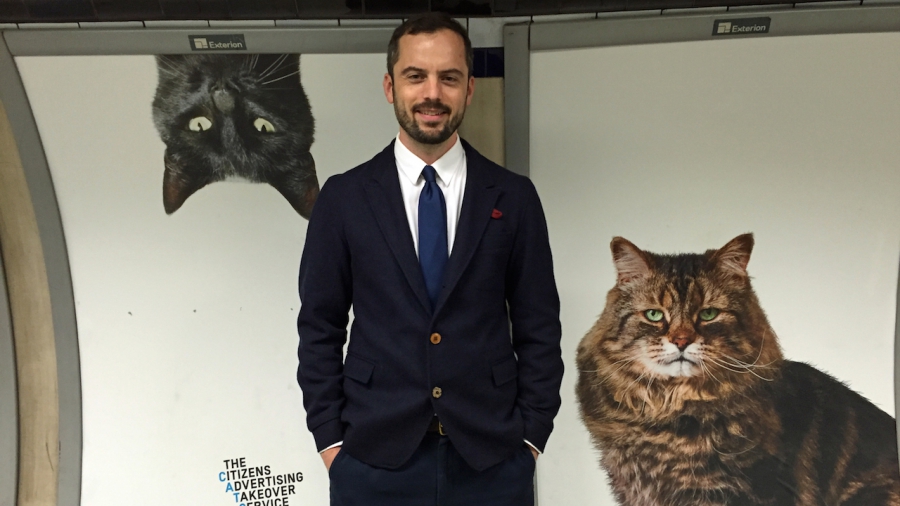 James Turner, the man behind CATS.

"We're so used to being told exactly what to think and what to buy ... that it's quite nice to walk through a station and not exactly know what you're supposed to think."

The installation, due to be up for two weeks, has already become a tourist attraction. Foreign media have shown up to film news reports while tourists snap selfies with the larger-than-life kitty faces. Glimpse says many of the featured cats are adoptable, currently being cared for by Cats Protection, the UK’s largest feline welfare charity.

A station staffer who spoke on condition of anonymity said he was perplexed by the number of people who seemed giddy about taking pictures of themselves with the posters. "Why are people coming here to take a photo of a photo of a cat?" he asked. 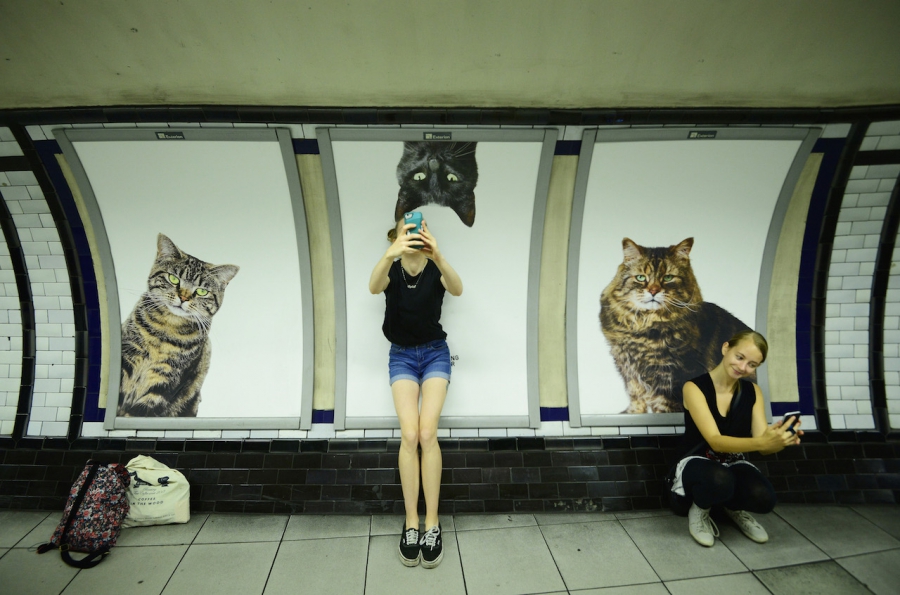 Why take selfies with pictures of cats? Why not??

Clapham Common Tube station is being taken over by cats pic.twitter.com/eHu1WLx377