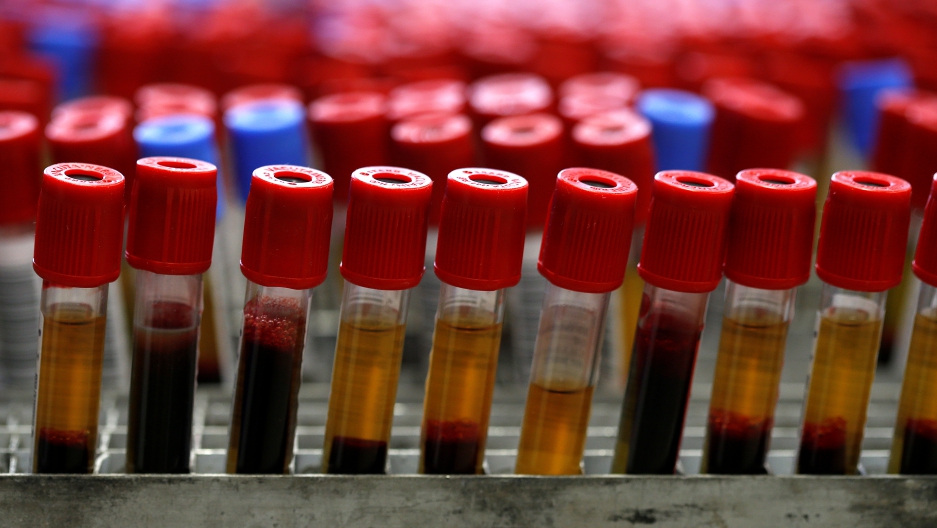 Donor blood tests are pictured in this file photo.

Imagine you are the victim of a crime: a burglary or a sexual assault.

DNA is taken from the crime scene and compared against a federally regulated FBI-run database used to process DNA evidence, called CODIS. The process can take as long as 18 months before a match is identified. In the meantime, the perpetrator has committed a string of other crimes.

But some local police departments claim they can get faster results — as little as 30 days — by using private labs and local DNA databases.

Frederick Harran, director of public safety at the Bensalem Police Department in Pennsylvania said, “18 months is not prevention, that’s not what they pay me for.”

“I would agree the federal database is a good thing, but we’re just moving too slow,” he claims.

So more and more law enforcement are turning to lcal databases. But with loose regulations, that can present troubling scenarios. Take this real example from Melbourne, Florida, for example.

A few teenagers were sitting in a parked car, when a police officer pulled up and requested someone provide a DNA sample. The officer gave one boy a cotton swab and a consent form. Once the officer made the collection, he went back on patrol as usual.

The potential issues for these databases vary state by state. In Florida, minors are allowed to consent to having their DNA collected, which isn’t true in other states, like Pennsylvania. But simply maintaining the databases allows each jurisdiction to test every sample already collected, meaning that the DNA from a minor crime scene from years before could be immediately matched with the new sample.

Stephen Mercer, chief attorney for the Forensics Division of the Maryland Office of the Public Defender, finds the practice deeply troubling.

Harran, though, denies that race plays a role in who's DNA is collected.

“It takes sexual assault — rape — seven months to process [through CODIS], but I have a job right now that I’m getting results back tomorrow and we submitted it three days ago,” Harran said.

“We’re doing everything siding on caution. I don’t know what more we can do. If someone wants to give us a confession, what’s the difference if we’re taking their DNA or obtaining a confession?” Harran asked.

He says that he will continue the practice, unless ordered to stop by a court. “I want to lock up criminals and prevent crime.”

Mercer emphasizes that consent is an ambiguous term “whether the person is 15 or 50.”

“What does consent look like? What is that person being told and under what circumstances is that encounter occurring? Is it one where the person essentially feels compelled or required to comply?” Mercer asked.

Harran says there are limits already in place. For example, people pulled over for infractions like traffic violations would not be asked for DNA samples.

“We do not stand outside with the Girl Scouts when they’re selling cookies outside the shopping center and ask people,” he said.

When asked why anyone would consent to giving DNA, Harran said he didn't know. "It’s the same with why does someone give us consent to search the car when they have seven kilos of cocaine in the back — I don’t know,” he said.

Harran also emphasizes that DNA is not the sole evidence used in investigations, but called it “a pointer.”

Mercer has been involved in a number of local and state cases regarding the issue, and notes that a major concern is that these databases could lead to misidentification. He called the local DNA databanks “repositories of junk DNA.” Junk DNA is the common name for areas of DNA that are not used for coding. Harran disputed the use of the term.

“There are all theses ways that your DNA can inadvertently end up at a so-called crime scene,” Mercer cautioned. “We have to be very careful of these local unregulated databases.”

While Harran stood up for the quality of work done in these labs, Mercer disagreed. The private labs, he says, “cannot compare to the national level.”