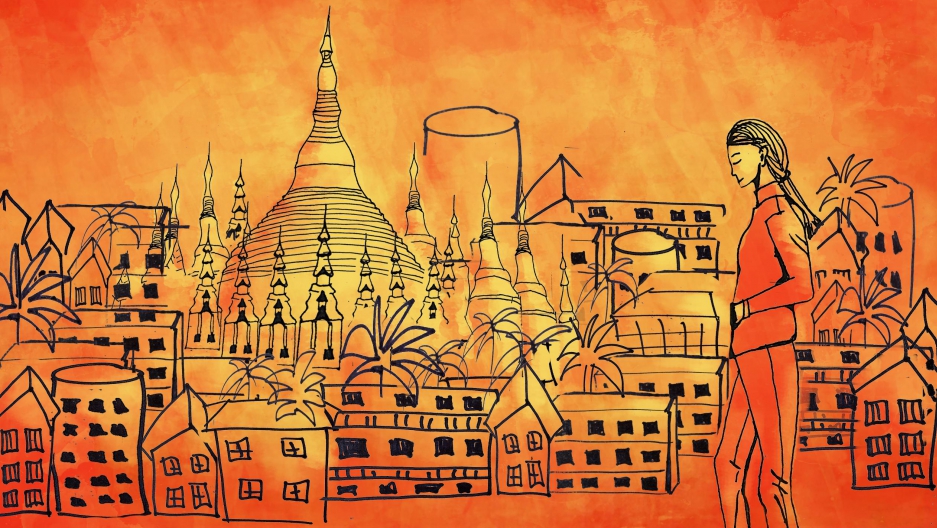 In Buddhist Myanmar, there's a view that abortion is wrong because "human life happens only in a blue moon, so we shouldn't waste a life like this."

Dr. Su Su Yin was doing surgical rounds at Yangon Central Women’s Hospital when a friend came to her with a problem — she was unmarried and pregnant. She asked Dr. Yin for an abortion.

But abortion has long been illegal in Myanmar, except for cases when a woman’s life is at risk. And anyone who assists illegal abortion can face up to three years in prison.

So Dr. Yin told her friend she would not provide an abortion. Days later, she got a phone call from the same friend who complained of a stomachache. Yin says she went to her friend’s house, where she was hit by a foul smell. Her friend had developed a near-fatal infection after getting an abortion at a clinic.

Yin took her friend to the hospital. She says the other doctors recognized that her friend had had an illegal abortion and treated her poorly. While the friend was recovering in the hospital, she didn’t have a blanket to cover herself, and her family refused to bring one from home.

“They said the blanket will be smelly because of the abortion,” Yin says.

Some of Yin’s friends brought a blanket and waited at the hospital, but Yin didn’t stay.

“At that time I didn’t do any supportive things,” Yin says. “I feel guilty”

Yin now thinks abortion should be legal in Myanmar, the country formerly known as Burma. “Because of the law, many women die,” she says.

Mi Mi, 19, is an English literature student in Yangon. Three years ago, she had a friend came to her in tears — also pregnant. She swallowed what Mi Mi calls “Chinese medicine” to induce an abortion.

“I think later on she’s going to regret it because she just killed a life. This is not a small thing. This is a person’s life that we’re talking about. This is murder,” Mi Mi says. “In our tradition Buddha says having this human life only happens in a blue moon, so we shouldn’t waste a life like this.”

In Myanmar, most people practice Theravada Buddhism, which says life starts at conception. Still, studies suggest an estimated 250,000 Burmese women get illegal abortions each year. It’s a leading cause of maternal death in Myanmar.

While contraceptives are available, they can be difficult to obtain, particularly for poor women and women living in rural areas.

Women with enough money and the right connections can get safe — though illegal — abortions from trained medical practitioners, like Dr. Zaw. After he graduated from medical school, he opened an illegal clinic in downtown Yangon. He says there are about 50 clinics like his in Yangon.

If these clinics didn’t exist, Zaw says, women would have to rely on untrained providers who perform dangerous procedures.

“Girls would go to illegal clinics,” he says, “and they would get an infection and die.

Zaw wants people to know that a lot of young women in Myanmar are dying because of unsafe abortions. He says he chose this career to save women’s lives. But he admits that he makes a lot of money from his services — more money, he says, than if he worked in a hospital.

And Zaw struggles with his Buddhist values. He figures that even though he’s ending a life, he’s also saving one.

Providing safe abortions is good and bad, he says. It’s a karmic balance, he says, that he can live with.