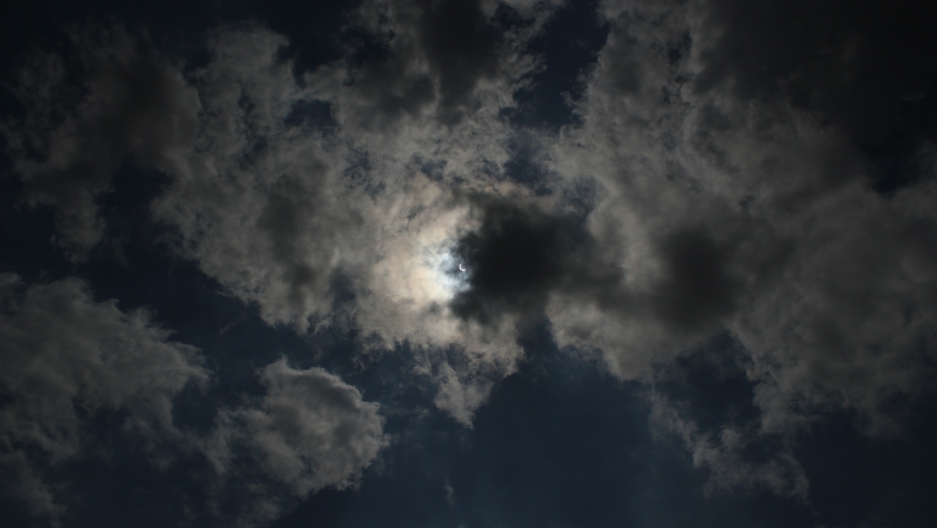 Just after noon on Thursday, a shadow passed in front of the sun, and the skies above East Africa dimmed. It was the middle of the day, yet it looked like evening.

As the solar eclipse began, I was in a tiny Tanzanian village called Lupiro, with a group of Danish and Swedish laser scientists and local experts on the behavior of malaria mosquitoes. We were joined by a throng of excited children who lived nearby. Together, with the help of dark tinted plates of glass, we stared up at the sun.

Thanks to the unusual celestial arrangement, people in central Africa and Madagascar saw the star at the center of our solar system reduced to a fiery ring. Inside the ring was the dark shadow of the moon.

From my perch in Tanzania, the sun became a thin crescent. When it passed behind clouds, both the sun and moon were clearly visible, surrounded by bright white. Europeans and Tanzanians alike were moved by the sight.

“I haven't seen this for such a long time, maybe since I was born,” said Yermoin P. Mlacha, a medical entomologist based at Tanzania's Ifakara Health Institute.

Mlacha said he looked forward to the day that his sons learned about astronomy in school. “When they come home, like, 'Dad, what is this kind of solar eclipse?' I'll be saying, 'I've witnessed this. It really happened, it's not only written in the books.'” 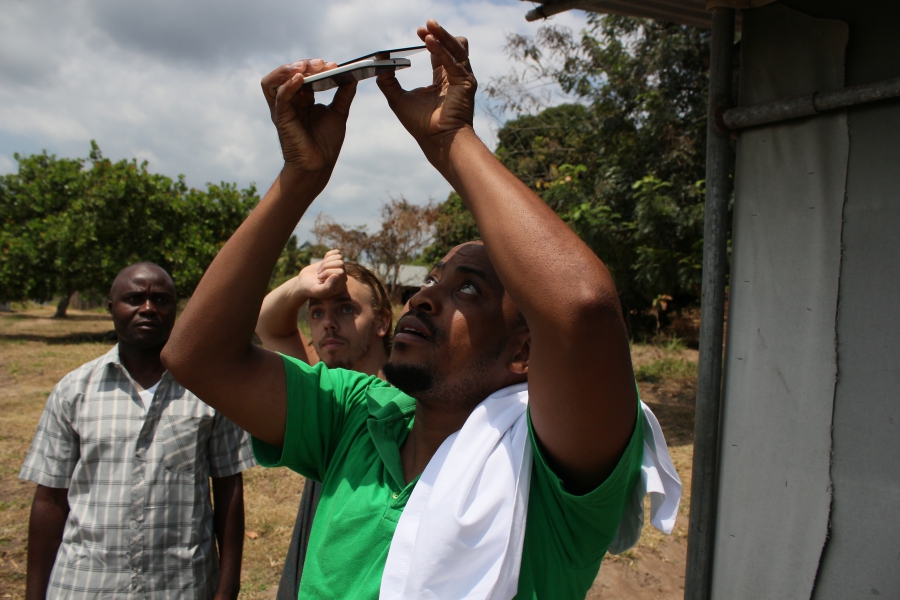 Yeromin P. Mlacha, a medical entomologist at Tanzania's Ifakara Health Institute, watches the solar eclipse through a plate of tinted glass — the same type that welders use to work with very bright torches.

“It's a really strange phenomenon,” added Flemming Rasmussen, a Danish engineer who works for Fauna Photonics, in collaboration with researchers from Sweden's Lund University. “You understand clearly why people in older times thought that something was completely wrong — gods punishing them, or whatever.”

Rasmussen, Mlacha and their colleagues converged on Lupiro to conduct an unusual experiment. Their aim was to determine if the solar eclipse had any effect on the behavior of mosquitoes that carry malaria. Unfortunately for those who live in Lupiro, the village is a perfect place to study malaria. The main local crop is rice, which requires pools of water that also serve as breeding sites for mosquitoes. That's one reason malaria affects around 40 percent of locals.

The scientists gathered in the village to combine the deep knowledge of Tanzanian entomologists with the technical know-how of Danish and Swedish laser physicists. By shooting a laser across the landscape, the physicists are able to capture data about flying insects that cross the beam. In the coming weeks, they'll analyze many terabytes of information, in hopes of separating out different insect species.

As the crescent of the sun grew in the minutes after the peak of the eclipse, the skies slowly brightened. The eclipse itself felt dramatic — but because our eyes adjusted to the lower levels of light, we barely noticed the gradual return to normalcy.

At one point, the sun passed behind a cloud, and I asked Mikkel Brydegaard Sorensen what he thought of the sight. He started by describing the way the moon and sun seemed stacked, like two dishes.

Then the sun came out again, and Brydegaard cut the interview short by running off to take pictures. We can talk anytime, he seemed to say, but you only get one chance to see a solar eclipse like this.