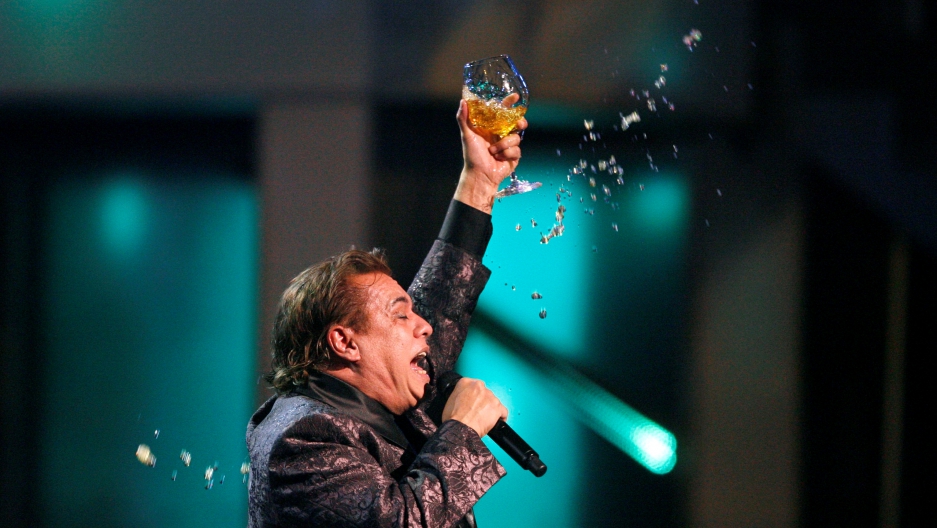 Hours after news broke of the death of Mexican superstar Juan Gabriel tearful fans gathered outside the concert venue in El Paso where the singer was set to perform that night. Gabriel died from natural causes Sunday at his home in California.

His admirers held red roses and sang a karaoke version of "Amor Eterno," a ballad by Gabriel that's often played at Mexican funerals.

"We're gonna miss him a lot," said Lourdes Labrado, a janitor who came to pay her respects. "No one will ever replace him. Never."

Across the border in his adopted hometown of Juarez, dozens more fans crowded outside Juan Gabriel's mansion near downtown and sang his songs as a young guitarist strummed the melodies.

The Associated Press reports the singer was one of 10 children raised by a single mother who worked as a maid. His mother later sent him to an orphanage when she was no longer able to care for him.

As a boy, Juan Gabriel would hop on city buses in Juarez and sing and play his guitar for the passengers.

He later opened a music school for disadvantaged youth in Juarez.

Juan Gabriel became one of Latin America's top selling artists with a star on Hollywood's Walk of Fame. According to Billboard, he had 31 albums on the Top Latin Albums chart during his 45 year career. He was inducted into the Latin Music Hall of Fame in 1996.

"He is regarded as one of the best writers/composers/singers to this day," said El Pasoan Margaret Abraham, a close personal friend of Juan Gabriel's. "He wanted to be himself. He gave himself to the people, that's the type of person he was."

The 66-year-old artist gave his last concert on Friday in Los Angeles.

This story originally appeared on FronterasDesk.org.