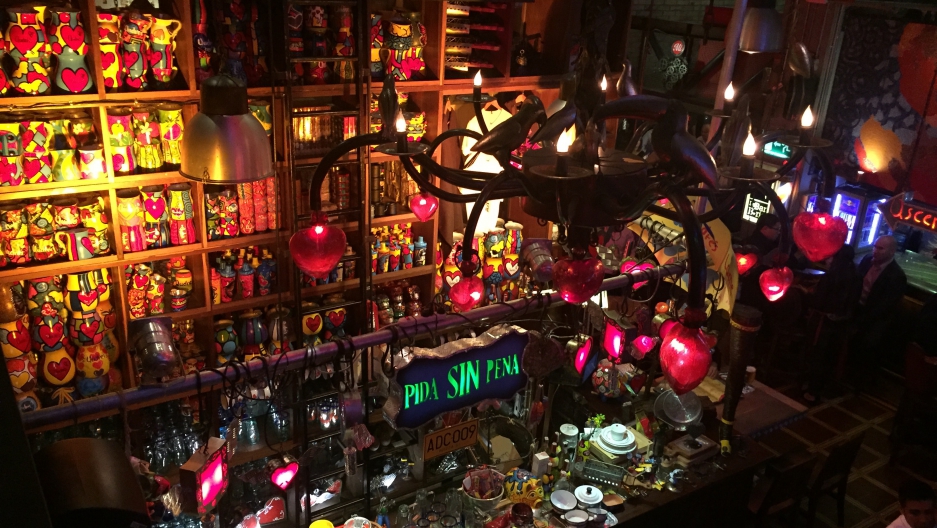 The interior of Andres Carne de Res, a restaurant with a 72-menu in Colombia's capital.

If you’re going to celebrate anything while in Bogota, I think the only place to do it right is a restaurant called Andres Carne de Res.

The legendary restaurant has been around since 1982, in an area called Chia, about 45 minutes outside of town. While on assignment at a gastronomy conference, I opted for its newer but quite substantial location in the Zona Rosa section of town. 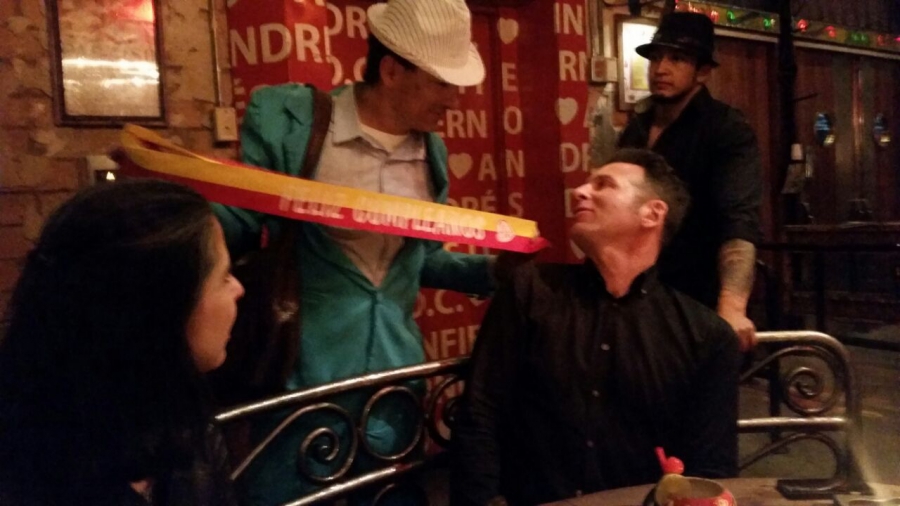 Think of it as the Cheesecake Factory — I mean, in terms of something for everyone. The menu is 72 pages long. The decor? It’s sort of like the House of Blues meets Disneyland meets Monty Python.

The restaurant is four stories high and there's live music. You’d think because it’s so gigantic and the menu is so big, the food would be meh. It wasn’t; it was really good. 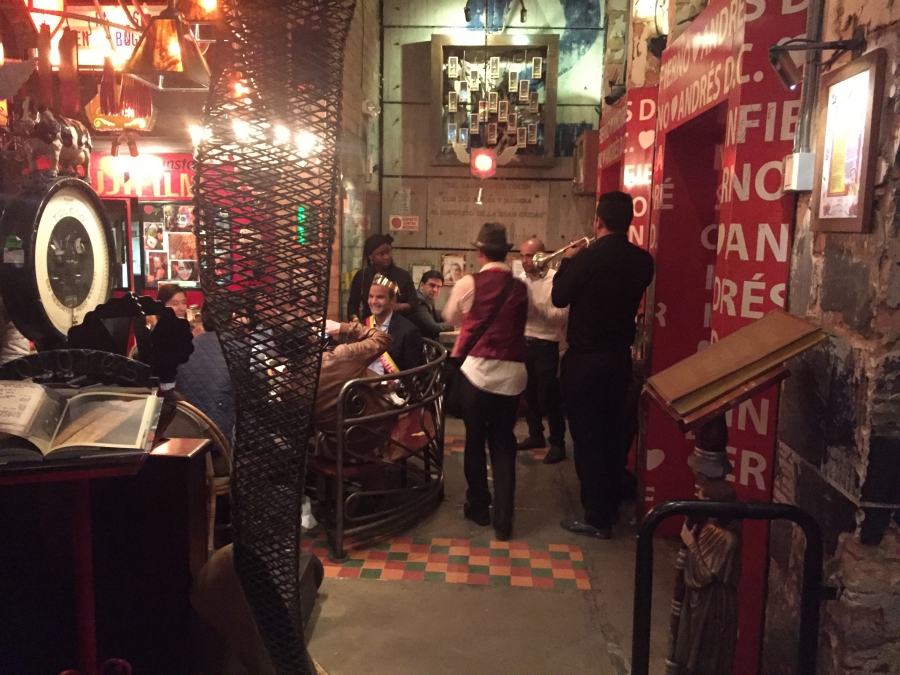 Every table is loaded down with aguardiente — a popular local spirit, kind of like a sambuca, with its anise-flavored liqueur — as well as fruity drinks and Club Colombia beers.

I had a Mandarina, kind of a tangerine slushy. All of the diners seem to be celebrating something. 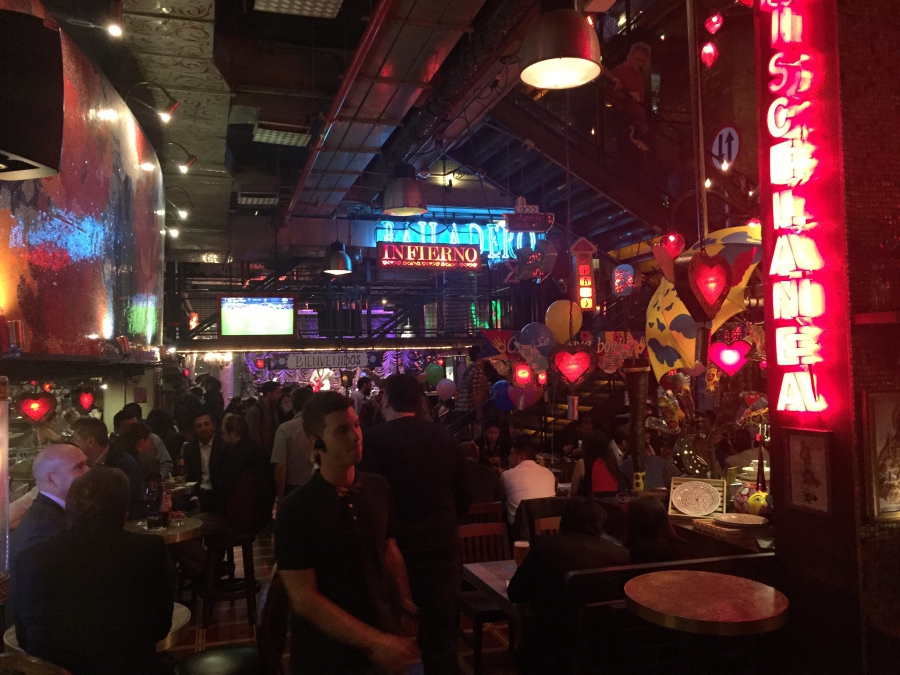 The food is very much locavore, in that the dishes are inspired by both the cities and the countryside. I went with a colleague — Claudia Arias, a food writer from Medellin, who helped me navigate.

Even though the menu has English translations, it can be difficult to ascertain some things, and I wanted an insider’s perspective.

One of the most famous dishes from Colombia is lomo al trapo, essentially a salt-baked filet mignon. The tenderloin is wrapped up in salt, sealed in a towel, then tossed into the fire.

I had thought there were restaurants that specialized in this dish, but Arias explained that it’s really more of a country dish. "It’s not very common to have in restaurants, it’s something you do in your house or in your farm. In the chimney, or if you have a fire outside with the kids," she told me.

The towel, by the way, is completely destroyed, but what’s left is a remarkable piece of meat, perfectly medium rare. It only takes about 10 minutes to cook, and the outside, as you can imagine, is perfectly seasoned.

The most remarkable thing was the price: a half-pound order of the beef — including the sides — came to just $15.

With the news this week that a landmark truce agreement was signed with some rebels from the FARC, you’d think there might have been some celebrating in town already.

I visited the government center downtown, where we did see some lingering protests, but I'm certain there were celebrants at Andres Carne de Res.

As for getting a table, I'd highly recommend reservations, and some patience.

They bring out some fresh mango, fresh coconut, some gooseberries and grapes, and you nibble on those while you sip aguardiente or have a slushy. You’re going to eat late anyway. I didn’t finish dinner until almost 11 p.m.

But naturally, since it’s Bogota, we all went out afterward. 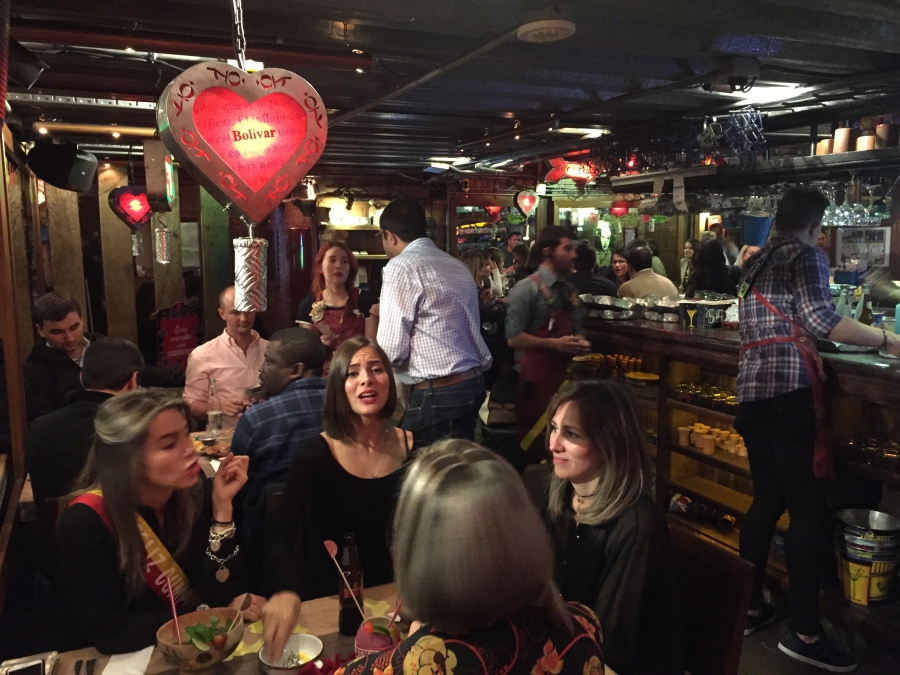