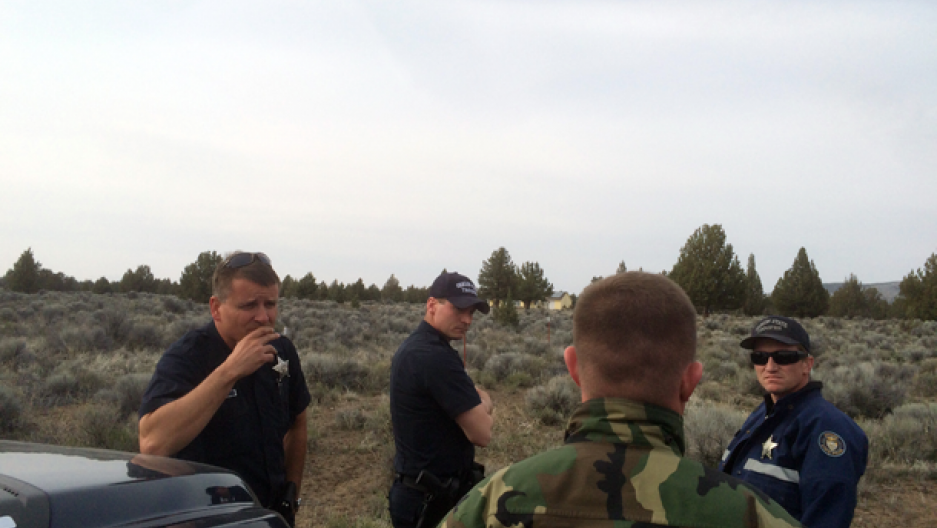 Fish and Wildlife troopers from Bend and La Pine, Oregon wait outside the property of a suspected antler dealer. Connecting poachers to antler sales can result in a stronger penalty for the poaching of mule deer in Washington State and Oregon.

Underfunding and low prioritization of wildlife crimes are hampering efforts to clamp down on wildlife poaching in the Pacific Northwest.

While poaching of animals like rhinos and elephants makes global headlines, in the US, species with horns are also ripe for targeting. The trophy antlers of a western mule deer can fetch $1,000 or more. In the face of strict limits on hunting, poachers often step in to meet the demand.

Mule deer have been in sharp decline and poaching is one reason why. It turns out there are as many deer being killed illegally as there are by law-abiding hunters.

In Oregon, officials have recently arrested several mule deer poachers, but the resources necessary to catch theses criminals are spread thin. Penalties aren’t strong enough to be much of a deterrent. Declining budgets have left Oregon and Washington with fewer US Fish and Wildlife officers than they had in the 1980s, and both states are poised to lose more.

Some northwest counties prosecute fish and wildlife cases aggressively. Others lack the resources to go hard after poachers, so they dismiss a high number of cases or reduce the punishment to small fines. Ulys Stapleton, the lone prosecutor in Lake County, Oregon, who handles wildlife crime cases, says his jail has only 17 beds and most are claimed by people in drug-related crimes.

“I understand why officers may be frustrated, but we don’t have the resources to throw everybody in jail. So what I try to do is hit them up with a fine,” Stapleton says.

Fish and Wildlife officers are doing their best to protect the dwindling numbers of mule deer, but they have less time to spend finding poachers than they used to. Darin Bean and his partner James Hayes patrol an area of more than 5,000 square miles and their workload now includes more general law enforcement and time spent on safety checks for boats and ATVs. On one shift alone, Bean and Hayes handled arsons, hit-and-runs and burglaries. “Yeah, the days of just solo fish and wildlife are no more,” Bean says.

They still pursue big poaching cases. In January 2015, they arrested Gene Parsons, who Bean says has “killed a tremendous amount of deer.” They charged him with 15 counts of violating Fish and Wildlife laws. “He’d shoot five or six deer a night and he’d cut the antlers off with a chainsaw and bring them home,” Bean says. “Then a lot of times, as near as we could tell, he would just sell the antlers.”

Where poachers sell their wares remains a mystery. Bean and Hayes sometimes receive tips about antler dealers said to be in possession of stolen horns, but often come up empty. If they can connect Parsons or other suspected poachers to dealers, that could mean additional charges, like racketeering, which could result in much stiffer penalties.

“If there’s no jail time involved and it’s just small monetary fines, the real criminals are not likely to quit,” Hayes says.

This article is based on a story for the public media collaborative, EarthFix. The story aired on PRI’s Living on Earth with Steve Curwood.