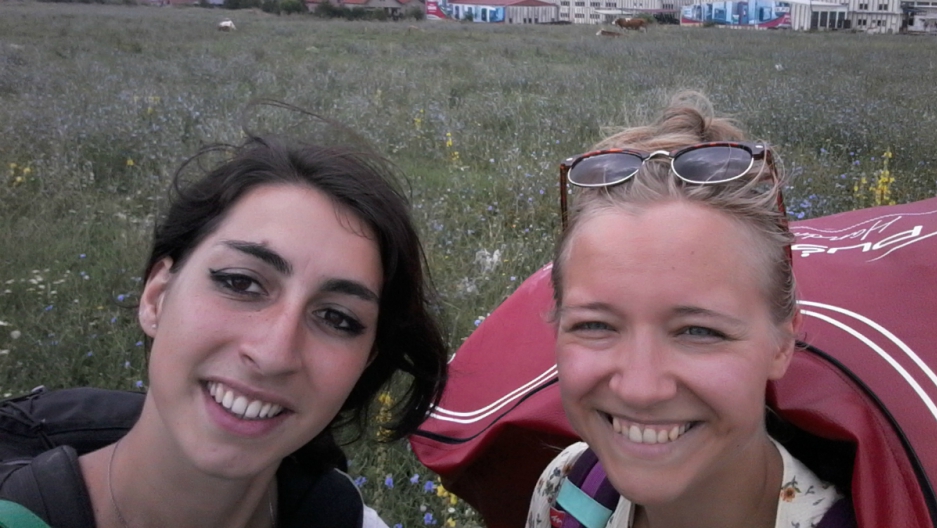 There are many different ways to help refugees.

But traveling around Europe with a sofa? That doesn’t immediately come to mind.

The students met on a program in Turkey. One afternoon, on the way to a concert, they stumbled across a discarded sofa on the street.

“And then we thought, hitchhiking with a sofa? That could be something amazing," Aomets says. "Something, that you know, nobody ever has done.’’

They didn’t pick up that particular couch, but they did make a plan. At the time, Lostrangio was volunteering at the Kecioren school for refugee children in Ankara. She was passionate about the work but frustrated with the lack of resources.

So she and Aomets decided to hitchhike from Turkey to Vienna, sofa in tow, to raise money for the school.

The soft-framed but unwieldy sofa, they say on their website, is a kind of symbol of how difficult the journey to safety is for many refugees. But it’s also a symbol of home — an object that brings people together.

The two even found a sponsor. The Lithuanian furniture company Pusku Pusku sent them a small red love seat for the trip. 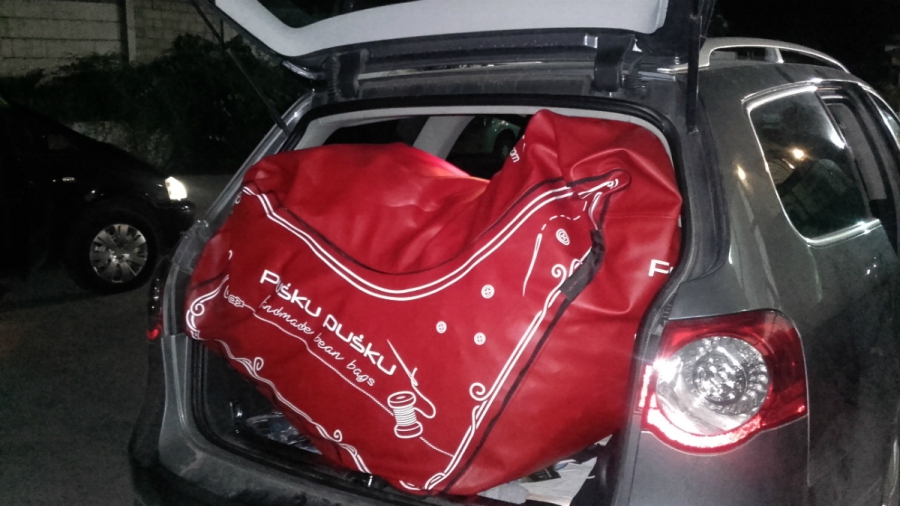 The couch is so compact it can fit even into a very tiny car.

Aomets and Lostrangio have been on the road for over three weeks now. We caught up with them by Skype when they were in Belgrade, Serbia.

They say that hitchhiking with a sofa is actually pretty fun.

"It’s awesome. We get a lot of weird looks. People are laughing in the streets," Aomets says.

The women travel to a new city almost every day. So far they’ve gone through Greece, Macedonia, Serbia, Bulgaria, Romania, Bosnia and Herzegovina, and Croatia.

“In the morning we start hitchhiking from the main street," says Lostrangio. “We arrive to the next stop. Usually we hold events with local organizations. Otherwise we set our sofa in [a] central square or somewhere and we ask people their opinion."

Lostrangio says there was one conversation in particular that stuck with her. She was speaking with a 21-year-old man in Vranje, Serbia.

"We asked him, so what was his approach to refugees? And he said, “Yeah we should welcome them.' And so on. And then I asked, 'Have you ever spoken with refugee?' And he told me ‘No.’ I said ‘Why?’ He said, ‘Because we don’t have refugees.’"

Vranje is just 25 miles from a refugee camp called Presevo, Lostrangio pointed out.

"And he said to me, ‘Yeah, but Presevo is not Vranje.’ ... And so you realize that half an hour distance, people they already feel that it’s so far for them that they don’t need to care that much."

Lostrangio and Aomets have gotten support for their project from a lot of people.

One group hasn’t been particularly supportive though.

Lostrangio says her relatives know what she's doing, but "my family thinks that I’m crazy." She adds: "OK, for sure, they appreciate the reason for which we are doing it. Because it is something important. But they think that the way is crazy."

Their next stop: Graz, Austria. 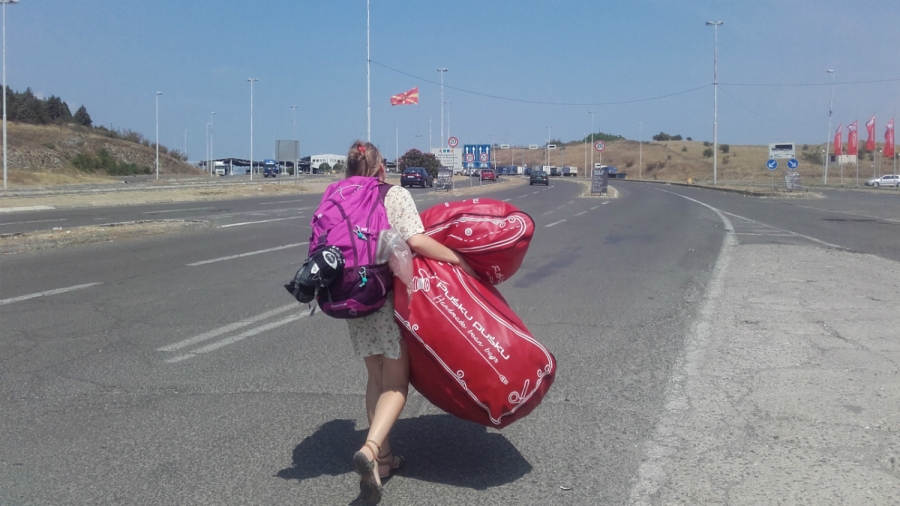 Heli Aomets walks along the highway in Macedonia with sofa