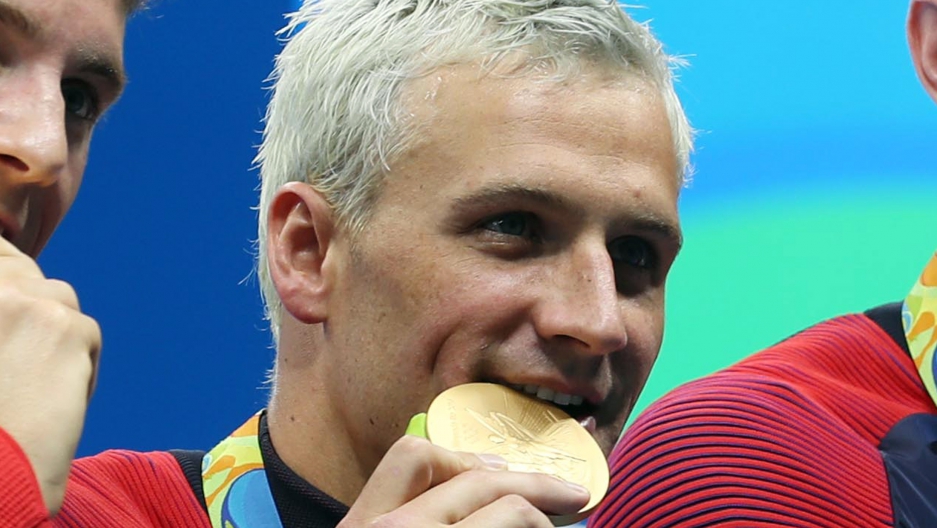 For the New York Daily News, the mugging of US Olympic swimmer Ryan Lochte at gunpoint in Rio de Janeiro was important enough news to warrant a front-page banner headline:

“ROBBED AT THE OLYMPICS.”

But in Rio, the idea of a mere mugging, with no injuries, making page 1 is pretty absurd.

“I think most Cariocas [as Rio residents are known] think more or less like this: ‘Oh well, it’s sad, but it happens all the time, and now it’s in the headlines just because it’s a foreign athlete,’” said Mauricio Santoro. He’s a Carioca who teaches political science at Rio de Janeiro State University.

Rio de Janeiro suffers from high crime and armed violence. It has for decades.

In 2014, Rio had 18.6 murders per 100,000 people, about four times as high as the rate across the United States (although lower than cities like St. Louis, Missouri and Baltimore, Maryland). Though good statistics are hard to come by, a new app launched by rights group Amnesty International named Fogo Cruzado (Crossfire) registered 14 fatal shootings across the city from Aug. 1-8, near the start of the Olympics.

Robberies are extremely common in Rio. A 2015 crime and safety report from US Department of State Bureau of Diplomatic Safety warned, “Street crime is a problem especially in the evenings and late at night.”

If asked, most Cariocas will quickly relate an experience they or a family member have had with an armed robber. Newcomers to the city (like me) are constantly warned by locals not to carry valuables and to avoid traveling here at night.

US swimmer Lochte told NBC News he was in a taxi returning back to the Olympic Village in the early hours of Sunday when men holding what looked like a police badge made the cab pull over. The men ordered Lochte and three other Olympic swimmers to lie down, but Lochte refused until one of the men put a gun to his head. Lochte said the men took his money, but left him with his cellphone and identification.

It is quite possible the men who mugged Lochte and his friends were crooked police officers. Just last month, New Zealand jiu-jitsu champion Jason Lee was forced into a car by armed police in Rio. The cops drove Lee to an ATM and ordered him to withdraw hundreds of dollars worth of local currency. Rio’s tourist police are investigating the robberies.

Those followed other crimes against athletes leading up to the games. In July, members of the Australian Paralympics team were robbed and a Chinese hurdler was vomited on and then mugged. In early August, a Portuguese government minister was also robbed.

More than 10,000 police and National Guard members flooded into Rio this month to help increase security during the Olympics. In the run-up to the games, several security experts told PRI they expected Rio to remain relatively safe for visitors during the event, despite a recent surge in crime in the city’s poorer “favela” neighborhoods.

But Santoro said he’s been struck by the level of violent crime here, especially in the favelas of Maré and Complexo de Alemao. These areas, which have resisted attempts by Rio’s military police to “pacify” them, have seen several shootings in recent days. Users of the Crossfire mobile app have logged an average of 8.4 shootings per day from Aug. 5-12.

Read more: Amnesty's new app for Rio shootings was flooded with reports on day one

“My personal feeling is that the city is more violent than I would have expected during the Olympics,” Santoro said. “I thought that the extra security was going to have a better impact.”

Nobody knows exactly how many robberies, rapes, stabbings or other violent crimes have been committed since the games began. The website for one of the best sources for crime data, Rio’s public safety institute, has been down for several days.