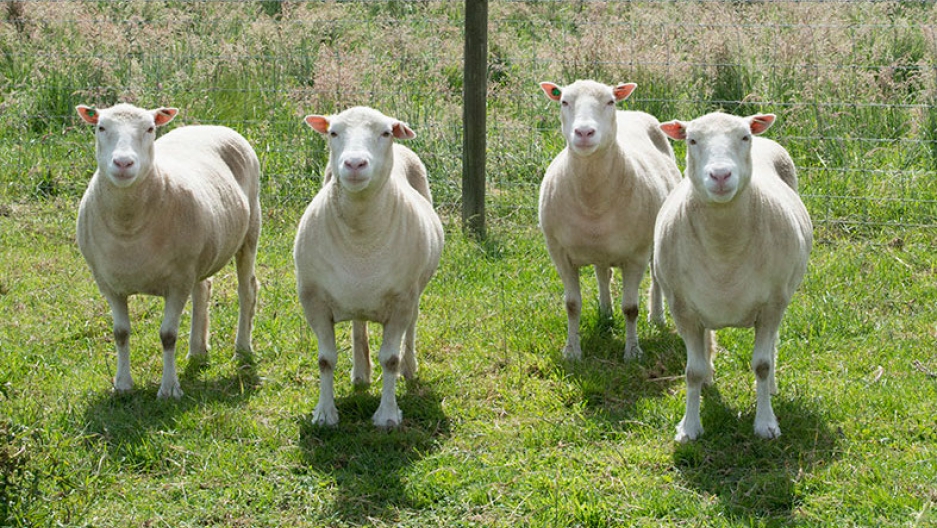 Four clones derived from the same cell line as Dolly.

The University of Nottingham

Twenty years ago, Dolly the sheep was born, becoming the first mammal cloned from an adult cell. Dolly lived for 6.5 years and developed osteoarthritis late in life. Researchers analyzed her chromosomes and found that she had shortened telomeres, an indication that her genetic age was actually older than her 6.5 years.

In a recent study in Nature Communications, scientists report that four of Dolly’s "sister clones" — sheep born from the same cell line as Dolly — had normal cardiovascular, blood pressure, and insulin levels for sheep of their age. Kevin Sinclair, a developmental biologist and author on the paper, says the sister clones, who are now the age equivalent of about 70 human years, actually seem to be in relatively good shape.

Pictures of the clone sisters show a healthy-looking group of fluffy white sheep. Only one of them, an ewe named Debbie, seems to be having health problems.

“Their physical health is very good,” Sinclair says. “On x-rays last year she [Debbie] showed the most radiographic evidence of the most advanced osteoarthritis. ... in June this year, just a month or so ago, we started to notice that she was getting a little stiff in the mornings. So we've since been giving her a little medication.”

Sinclair says scientists who study cloning have changed their focus from where it was 20 years ago, when Dolly was born, and are now concentrating more on IPS cells, or induced pluripotent stem cells.

“The field has kind of moved a little bit away from cloning in some respects towards these IPS cells,” Sinclair says. “I think that's where most of the activity is likely to be in the future. There are two or three labs that are cloning human embryos with the view of generating human embryonic stem cells for therapeutic purposes."

"What this particular study shows us, however, is that there's a population of cells that quite clearly undergo, for all intents and purposes, almost complete reprogramming to be just normal embryos, which give rise to normal pregnancies and then normal offspring, which can live a long time.”

There have been other changes for cloning since Dolly, and Sinclair says that bodes well for the success of future experiments.

“Modern protocols now for cloning animals are much more efficient than they were at the time that Dolly was created,” Sinclair says. You can now take a differentiated cell and restore it to something like an embryonic cell, capable of dividing into many cell types.

"Cloning is still undertaken, particularly in the United States, and the protocols in the news today are much more efficient, are much more effective," Sinclair says adds. So we can be hopeful, with the research that's taking place, that in the future we could maybe see more healthy cloned animals like this.”