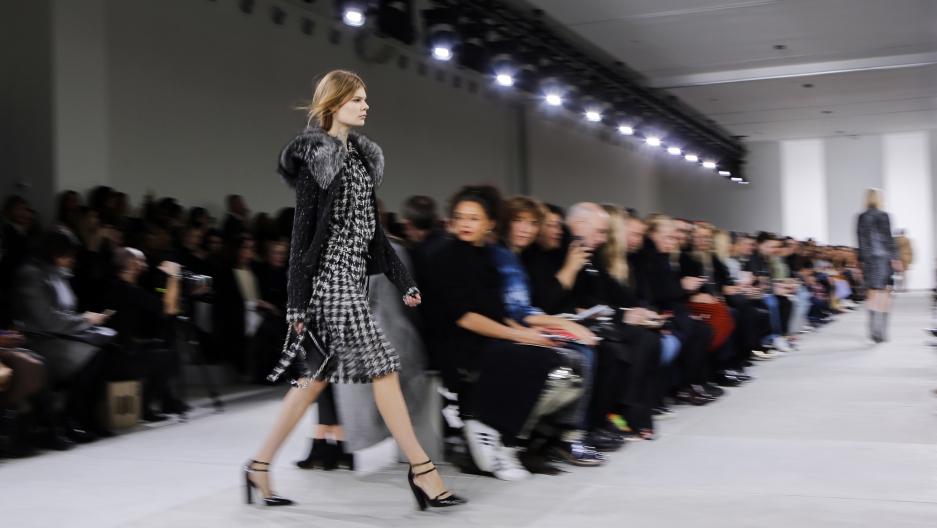 A model presents a creation from the Michael Kors Fall/Winter 2016 collection during New York Fashion Week on February 17, 2016. Rachel Blais, a model from Canada, says she expects that many of the international models who debut at the next fashion week in September will be working in the US without authorization.

There is a small undocumented workforce that's almost exclusively white. And they're far from the shadows — they're plastered atop billboards, spread across magazine covers and strutting down the catwalks.

It is, by all appearances, a glamorous industry. But many of the international models fueling a $385.7 billion fashion industry in the US are working without papers. They come from the Netherlands, Russia, Brazil, Australia, Canada and Europe.

Politico reported last week that Melania Trump, who would be the next first lady if Donald Trump is elected, might have worked in the US illegally before she arrived formally in 1996, allegedly on an H-1B3 visa for fashion models.

Melania Trump said in a statement that she has never broken immigration laws. But international models working in the US without authorization is not uncommon. While working as a model in Mexico City in 2011, I was offered a chance to be part of New York Fashion Week. An international agent said I could come without work authorization and that it was the way things were done. I didn’t take the opportunity, but many of my colleagues did.

They all declined to talk about their experiences for this story, even off the record. They all cited non-disclosure agreements with their agencies, the need to “tread carefully” or their fears of being “blacklisted” by the industry.

Of the six models and one stylist I contacted, former Trump Model Management model Rachel Blais was the only person willing to speak. She had previously talked about the industry for a 2013 documentary, Girl Model.

Blais began modeling in her native Canada and has worked for many Americans brands and fashions institutions — think American ELLE, Saks Fifth Avenue, Neiman Marcus and Dolce & Gabbana. She says when she was with the Trump agency between 2004 and 2007, most of the foreign girls were working illegally.

Rachel Blais is a model from Canada who says many of her colleagues have been brought to the US to work without authorization. This shoot was in May, 2004 for Elle UK and was booked through Trump Model Management.

“There was about six, seven or eight of us, at least in this models' apartment. There might have been about three Americans, but the rest of us had no visa,” says Blais. “I remember there were some girls from Eastern Europe that were on a tourist visa. There was another Canadian girl who had no visa.”

Blais says models who couldn’t speak English often didn't understand they were in the US, but not allowed to work. And even for those who understood the law, having work authorization was not top of mind.

“You are just more about which job you are getting. They were telling me I was too fat. They were weighing me once a week,” she says. “This is much more what your brain is concerned with, than actually ever thinking that you are working illegally.”

Sara Ziff founded Model Alliance to campaign against wage theft and abuse in the industry, and also address the power agencies have when they sponsor models' visas. She too told Politico that it was commonplace for some agencies in the 1990s to bring models to work temporarily in the US without proper authorization. A CNN Money investigation in March also found that many models are encouraged to enter and work in the US illegally before agencies sponsor a work visa.

Before 9/11, Canadians like Blais but didn’t need a visa or even a passport to enter the US. But most of her foreign housemates came as tourists, often using the three-month visa waiver, which allows citizens of 38 countries to travel to the US for up to 90 days at a time without a visa.

Blais says the models would go home or take jobs outside the country to keep renewing their status. She says Trump Model Management told models to dress down, travel without make-up and even ship their model portfolios separately so as not to raise suspicion with custom officials when they crossed the border.

“The agency never says, ‘This is illegal,’” says Blais. “When [customs officials] ask you what you are going to do, you know very well. But you say you are going for holidays.”

If Immigration and Customs Enforcement or Customs and Border Patrol suspect a foreigner is working without the required visa, they can be denied entry, face a 10-year ban on entry or even be deported. But Blais says in her 10 years working as an international model, she’s never known or heard of this happening to any model working illegally or overstaying a visa.

Eventually Trump Model Management sponsored Blais for an H-1B worker visa after seeing how much money and work she was getting. But she says models who aren’t sponsored often get cheated out of their pay.

Jamaican model Alexia Palmer recently filed a lawsuit against Trump Model Management, seeking $250,000 in back pay. In the suit, Palmer alleged that the agency was running a scheme to “lure foreign models to the United States” and cheat them out of their pay. It was dismissed by a federal judge in March for insufficient evidence.

Trump Model Management did not respond to PRI's requests for an interview, however their attorney has denied the company uses any illegal labor practices in previous reports. A Trump campaign spokesperson told CNN Money in March that the agency followed standard industry practices.

Blais says most models are reluctant to take legal action or speak out about conditions like dubious visa arrangements because of what it could do to their careers. She says she has barely worked since 2009, after she criticized the industry’s use of teen models in adult clothing and beauty campaigns in an interview.

“I kind of got blacklisted from all agencies internationally,” Blais says. 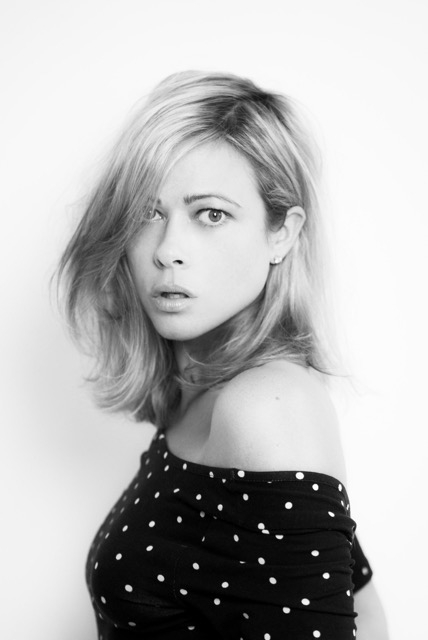 Jennifer Sky was a teenage model and later an actress. She says agencies brought models to work in the US on tourist visas when she was in the industry in the 1990s.

Model-turned-investigative journalist Jennifer Sky, who connected me to Blais, says agencies working with models who don’t have work authorization is not a new development. And it's not just an allegation made against Trump Model Management. She says agencies were doing the same thing back when she was modeling in the 1990s.

“There are tons of undocumented workers that are brought in through the big agencies who are Canadian girls, and actually from all around the world, and they are brought in on tourist visas,” Sky says. “They are here working basically off the books.”

And there is reason for agencies big and small to take the illegal route. The allotment of fashion model visas does not mesh well with the realities of the fashion industry. H-1B applications are only open once per year and can take more than six months to be processed. Sky says a model’s work is sporadic, scattered all over the globe and often comes up last minute.

“This is an opportunity to make a big amount of money in a short amount of time,” Sky says. “If you are all a sudden hot and people want to book you, there is only the applications system once a year. And by that time, the girl’s popularity might have waned.”

Sky says there needs to be reform, a model visa program that protects the labor rights of foreign models and allows New York fashion stay at the edge of the global market and more easily bring in top new modeling talent.

Until then, New York Fashion Week will be about more than just the clothes for models who have experience in this industry. This September, Blais guesses that the majority of new faces and foreign models who make their debuts will be walking without legal work visas.