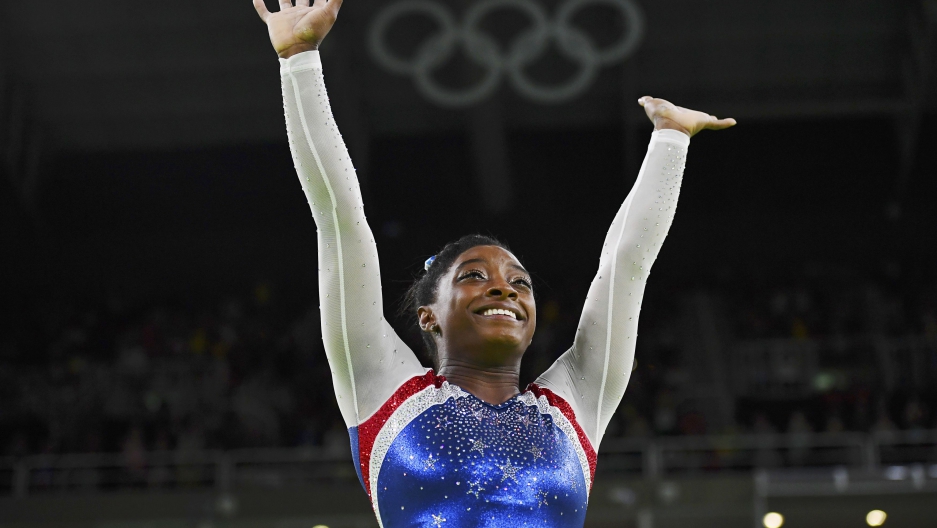 As Simone Biles was completing her routine at the women's individual all-around final in Rio this week, a group of her relatives in Belize City were glued to the TV.

Jére Longman, a reporter for the New York Times, was there with them.

Simone Biles is celebrated in Belize as well as US

Simone Biles won the Olympic gold medal for women's all-around gymnastics. Biles holds dual citizenship in the US and Belize. Read The New York Times story on her here. 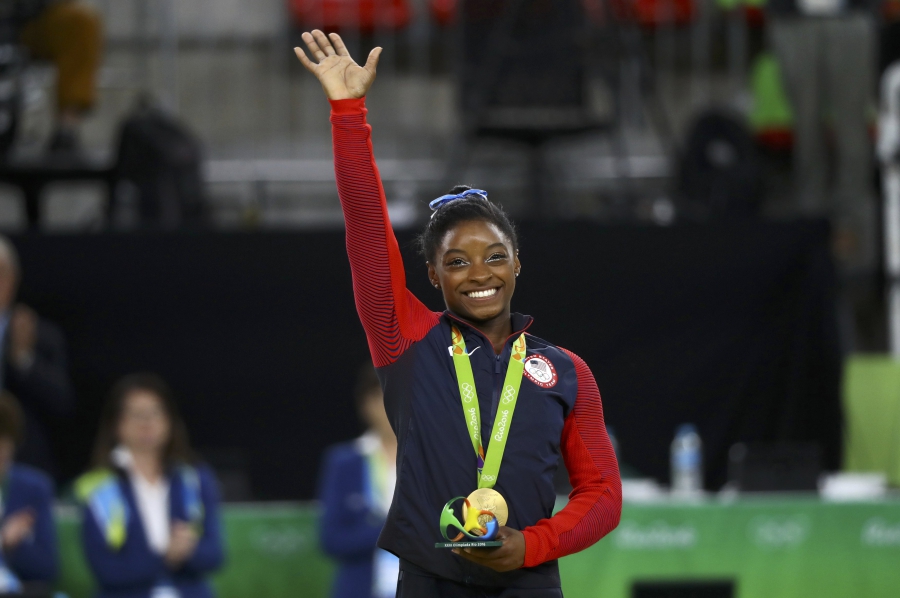 Simone Biles of the U.S. poses with her gold medal.

"The family gathered at a hotel bar yesterday afternoon along with the first lady of Belize and 11 contestants in the upcoming Ms. Belize pageant, all wearing their sachets," Longman said Friday.

Biles is a dual citizen of the United States and Belize. Surprising few, she managed to secure the gold medal — her first-ever Olympic gold. The US women's team also won gold for their all-around gymnastics score.

Longman says Biles' success is very much welcomed in Belize.

"There were people who were ecstatic and cheering and every time she appeared on the screen there [was] a lot of cheering," he said.