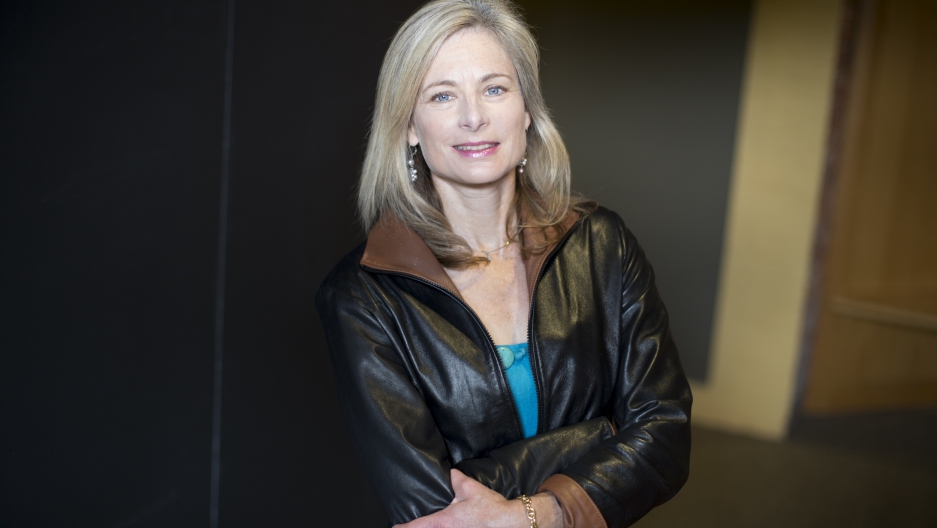 Put simply, Lisa Randall’s job is to figure out how the universe works, and what it’s made of.

Her contributions to theoretical particle physics include two models of space-time that bear her name. The first Randall–Sundrum model addressed a problem with the Standard Model of the universe; the second concerned the possibility of a warped additional dimension of space.

When she’s not unraveling cosmic mysteries as a professor in the department of physics at Harvard University, she writes popular science books. Her most recent is Dark Matter and the Dinosaurs.

We caught up with Randall to talk about why she chose a career in physics, where she finds inspiration, and what advice she’d offer budding physicists.

When did you first know that you wanted to pursue science as a career?
Lisa Randall: It came in stages. When I was in high school, I started thinking more seriously about physics. It didn’t even seem like a possibility before that. And then when I was in college, I decided to see how it would go, and it went well. I guess it was really when I did a postdoctoral fellowship at Berkeley, and when I did some important work and was applying for faculty jobs, I realized that’s what I was going to be doing. I probably knew sooner than I admitted.

Why physics?
I liked doing mathematical-type things, and I wanted to do something that had applications to the real world, something with lasting value. Even though we do things that seem abstract, we like to think they have consequences and explain things in the world.

What’s it like to study things that you can’t necessarily see?
Well, they’re just as real — just because you can’t see them doesn’t mean they don’t exist. All observations can be thought of as indirect, and as long as they’re reliable and reproducible, we trust what’s going on. In some ways, it’s more exciting to go beyond the things that everyone else sees, and try to understand what underlies them.

You’ve written a number of popular science books. How did writing those books change the way you thought about your work, or the way you approached your research?
I probably do tend to take a step back a little bit more and appreciate the big picture and what it can mean. When you’re doing research, you tend to get caught up in it, so sometimes it’s nice to sit back and think about the implications of it.

What are the benefits of being a well-known scientist?
One of the things is that you get more opportunities to talk to people in other fields. And it’s rewarding to think that what you do is valuable and that people want to hear about it, and to give them the opportunity to learn more about it.

What would you consider the biggest setback in your career?
I try to move on when something doesn’t work. So I don’t know if there was one particular thing I would say was a huge setback, scientifically, at least.

Who inspires you?
I don’t know if this is true for everyone, but really, it’s the science that inspires me. It isn’t exactly people per se, which sounds kind of crazy. But just reading papers and thinking some work was really great — that’s inspirational.

If you could work with any scientist, living or dead, who would it be and why?
I don’t really know that I have a good answer to that question, but one person I would like to meet would be [Dutch astronomer] Jan Oort. I would like to see how he thinks. He made a lot of different and important contributions to astronomy, and it’s impressive how often his name came up. And it turns out he also was a really good person.

What advice would you give to an aspiring physicist?
Basically to figure out what you enjoy, what your talents are, and what you’re most curious to learn about. To have the confidence to think that you can move forward, but not so much confidence that you don’t think you have to learn and catch up. You want to value your own ideas, but you want to value all of the other ideas that came before you. There’s no real shortcut. But in the end, it’s extremely worthwhile when you’re the one making interesting connections.

Why is studying physics important?
Because we move knowledge forward. Understanding deep fundamental things — just think about how much it changes the way we view ourselves in the world. It might not be important to each individual, but for humanity, it’s very important.

This story was first published as an interview by Science Friday with Ira Flatow.