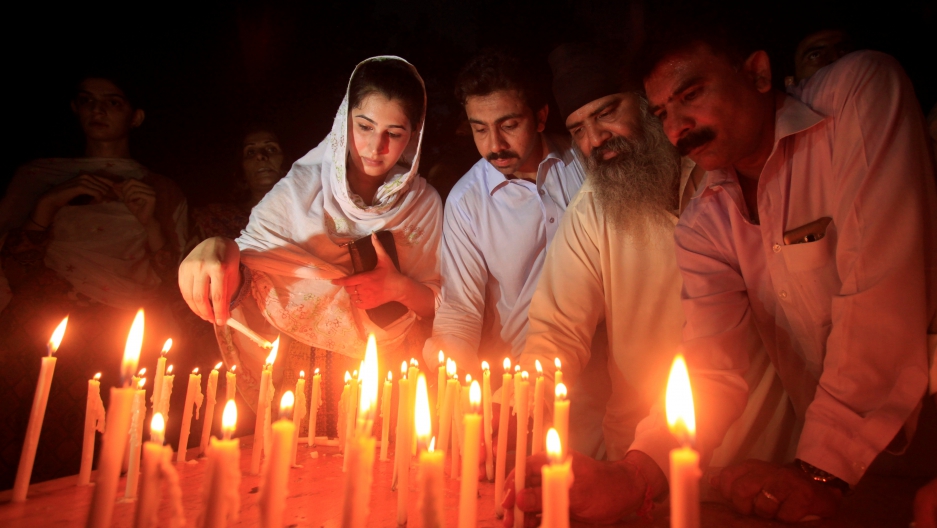 Residents light candles to honour victims of the blast in Quetta during a candellight vigil in Peshawar, Pakistan.

A wing of the Pakistani Taliban has claimed responsibility for a suicide attack that killed at least 70 people in the province of Balochistan on Monday.

The attack targeted a Quetta hospital where mourners were gathering following the murder of Bilal Kasi, a high-profile lawyer also slain by the same group. Many of the victims were lawyers and journalists who had come to pay tribute to Kasi.

Kasi was the head of the Balochistan Bar Association, and had recently publicly condemned killings by the Taliban in Pakistan.

Lawyers across Pakistan have promised to strike in sympathy with the victims on Tuesday.

Quetta often sees high levels of political and religious violence. But the scale of this latest attack has shocked Pakistan, according to the BBC’s Shaimaa Khalil.

Balochistan has long been one of the most troubled and unstable regions of the country. Post-9/11, it was used as a refuge for Taliban and al-Qaeda commanders fleeing neighboring Afghanistan. It also has its own long-running pro-independence insurgency, which government forces have struggled to control.

Monday’s attack was condemned by the central government, with Prime Minister Nawaz Sharif promising that "no one will be allowed to disturb the peace of the province."