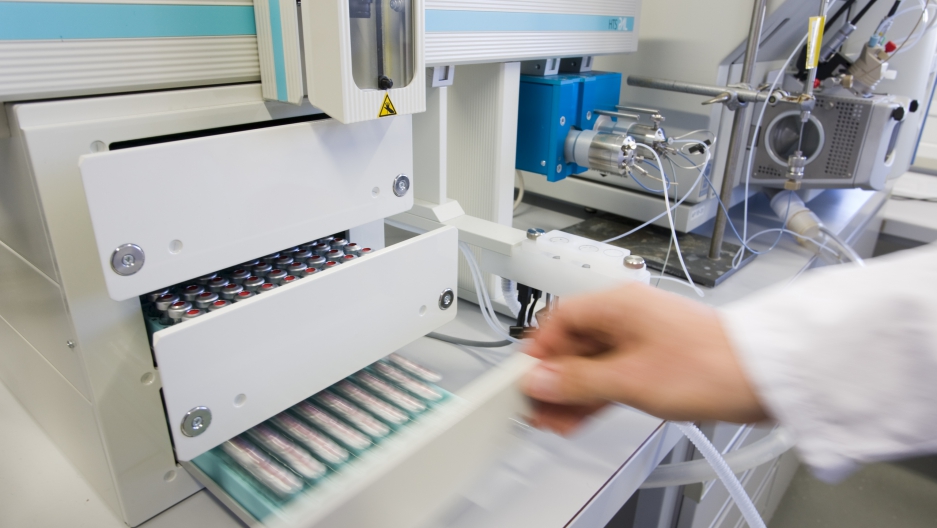 A technician prepares a sample for testing.

Today, the federal government spends about $60 billion a year on research. That research gets published in scientific journals that institutions, researchers and the public have to pay in order to access.

Many have argued that the government should make this taxpayer-funded research freely available. And now Congress has drafted a piece of legislation that would do just that.

“If you're a taxpayer, money goes to pay for research, you definitely should have a right to be able to see what that research has produced and you shouldn't have to pay again,” says City College of New York physics professor Michael Lubell. “There's another part to it. ... There are many entrepreneurs, small businesses, startups who don't have the money to pay for subscriptions. And if they could read the the results free, it would help innovation and stimulate the economy, create jobs.”

But, Lubell admits it’s not that simple. There are costs associated with reviewing and publishing research, even online.

“The problem is, basically, somebody's got to pay for it,” Lubell says. “Very simply put, if a researcher writes an article, somebody's got to vet it. We don't want to read things that are wrong. We want to make sure that the science is correct. ... It takes money and, for high-quality research publications, that’s the cost associated with publishing. So if the reader isn't going to pay for the the publication, then the author is going to have to do that and that sounds simple, and if there were money to do that nobody would worry. But ... the cost of running the scientific publication business for the federal government, if it were to simply support the authors, would amount to another $3 to 4 billion. That's not chump change.”

In other words? If the government pays for the publishing, that could negatively impact federal budgets, grant awards, and the quality of future scientific research.

There is, however, a possible solution.

“Members of Congress who are interested in this issue and interested in seeing the open access proposition continue and become a reality — there’s a cost and there's nothing wrong, I believe, in adding another $5 billion to federal research budgets to accomplish this. I think, in the last analysis, it would be helpful — it would help the scientific enterprise and it would make the public believe that they really got their money's worth,” Lubell says.