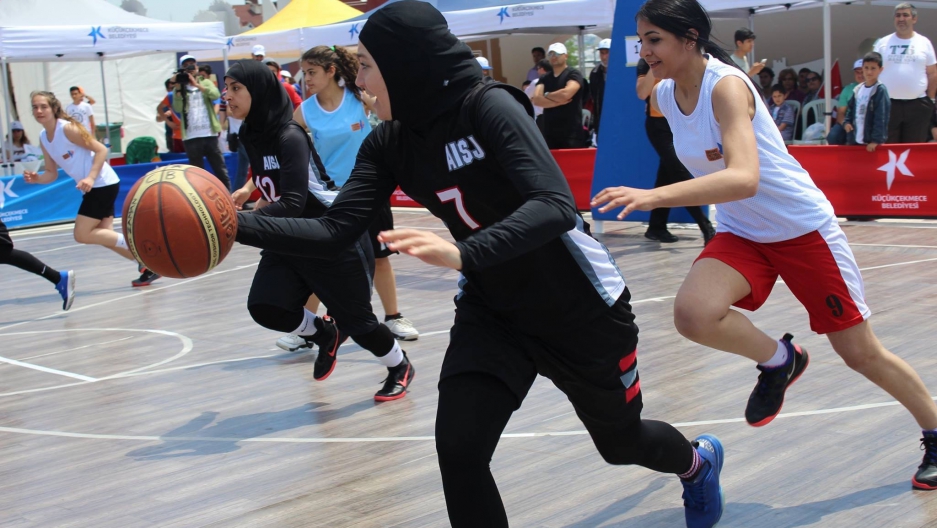 The International Basketball Federation will decide whether to lift its ban on head coverings this month. It's a monumental change for many Muslim basketball players.

For professional player Indira Kaljo, this decision could change the future of her career.

Originally put in place out of concern for player safety, the protocol for basketball's international governing body FIBA says, “Players shall not wear equipment [objects] that may cause injury to other players.”

This includes head coverings larger than five centimeters. Kaljo, a Muslim woman who wears the hijab, has spent the past two years fighting to change this.

“That’s where my campaign came in,” Kaljo says. “Asking how is this harmful, how is a piece of cloth that’s larger than five centimeters harmful?”

In 2014, FIBA agreed to a two-year testing phase, but for Kaljo and other hijabi women, this was only the first step. She wants permanent change.

Choosing to wear a hijab later in life, Kaljo has experienced the ban’s limitations on her professional career.

Kaljo is currently playing for Jeddah United in Saudi Arabia because the team does not operate under FIBA’s rules. In other words, she doesn’t have to choose between sport and faith.

“Even in the Olympics, women that wear hijab are not allowed to compete, and to me this is just outrageous,” she says. “It’s not OK and it’s time for a change.” 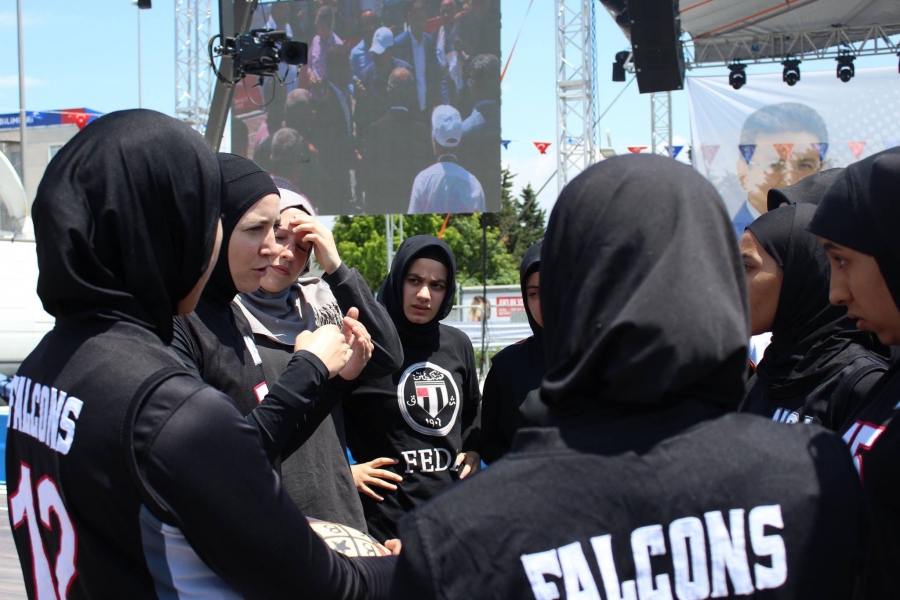 Since there hasn't been a date given for the basketball association's ruling, Kaljo reasons the central board will release an answer after the Olympics have ended.

“I think once this ban is lifted, it’ll change the perspective of hijabi girls and what they’re allowed to do and what they can do,” she says. “Also non-hijabi players to understand that ‘Hey, they’re just like us. They’re also basketball players just like us.'"

Kaljo’s movement has gained an international following, spreading awareness through the hashtag #fibaALLOWhijab.  The campaign has generated more than 70,000 signatures on Change.org.

“That’s why I started this movement, to kind of also get FIBA to understand that it’s not just Indira Kaljo’s story,” she says.

“There’s other girls around the world globally, women who want to play, but you’re stopping them from playing the sport that they love.”