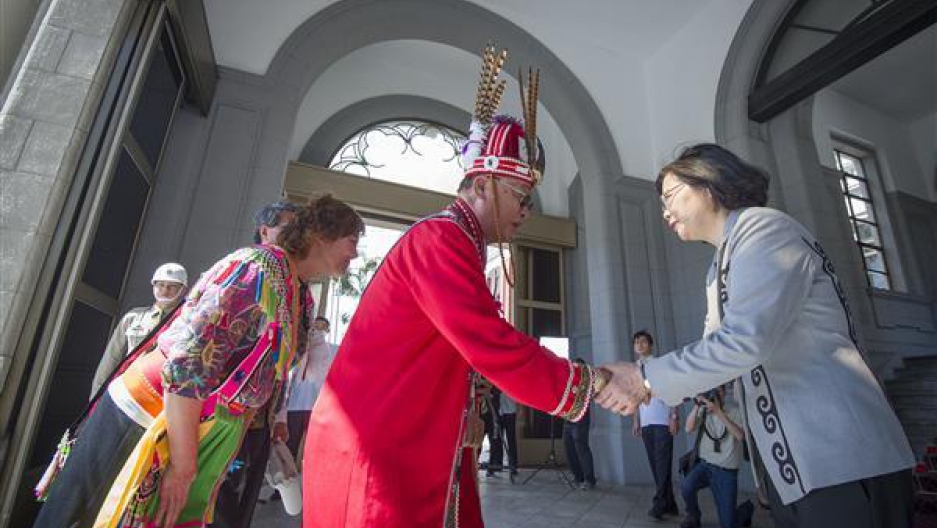 Taiwan President Tsai Ing-wen shakes hands with an indigenous tribal representative at the entrance to her office on Aug. 1, 2016.

Office of the President of Taiwan

For the first time in history, Taiwan’s government has apologized to the indigenous people of the island for generations of abuse.

The country’s President Tsai Ing-wen gave an official apology this week outside her office building in Taipei.

“I express to you our deepest apology. For the four centuries of pain and mistreatment you have endured, I apologize to you on behalf of the government,” she said.

There are 16 officially recognized indigenous tribes living throughout Taiwan. Their total population is estimated at about 540,000.

Like native populations in the Americas, Taiwan’s indigenous groups were the first to settle the land. They were there for centuries before the Dutch started to colonize the island in the mid-1800s by importing Chinese laborers.

“They are the people who first populated the island of Taiwan, several thousand years before people began coming from mainland China, about 400 years ago,” says Shelley Rigger, a professor at Davidson College in North Carolina who focuses on East Asian politics.

Today, the indigenous community makes up just 2 percent of Taiwan’s population. But Rigger says they’re a very important part of the country’s history.

What happened to indigenous people in Taiwan is similar to what happened to them in the US and Australia, she adds: Outsiders came in, declared the land their own, and forced aside native populations.

“When people started coming from Chinese mainland they pushed the people who were already in Taiwan out,” Rigger says. “It’s really for that whole era of displacement and disenfranchisement that Taiwan is apologizing.” 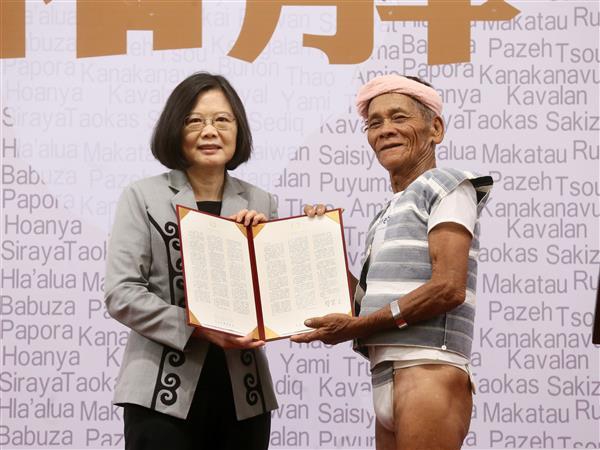 Taiwan President Tsai Ing-wen presents the full text of her apology to an indigenous tribal representative after a ceremony on Aug. 1, 2016.

Office of the President of Taiwan)

On Monday in Taipei, President Tsai also addressed those people who think there is no need to apologize to Taiwan’s indigenous tribes.

“Let me put in simple terms why [we] are apologizing to the indigenous peoples. Four hundred years ago, there were already people living [in] Taiwan,” with their own languages, cultures and customs.

“Without their consent, another group of people arrived on these shores, and in the course of history, took everything from the first inhabitants,” she went on.

Now, indigenous people face high levels of unemployment and poor access to education. They have no sovereign region, either.

Tsai, who took office in May as Taiwan’s first female president, said it’s time for Taiwan “to face the historical facts.”

“We have to face the truth. Most importantly, the government must truly reflect on itself and that is why I’m standing here today.”

Her full apology can be read here.